Most attorneys that work specifically to protect children work through nonprofits or legal aid groups, but Florida-based firm Kelley Kronenberg is cutting a different path.

It recently merged with a small, children-focused firm to create a novel practice group dedicated to handling cases on behalf of abused, injured and disabled children. 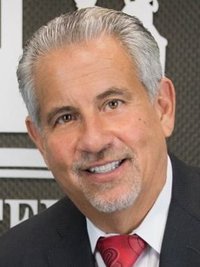 Howard Talenfeld, the head of the new group and a longtime legal advocate for children, said that combining his firm, Talenfeld Law, with Kelley Kronenberg will give them a broader reach and more resources to handle cases.

“This was a huge opportunity for us to have a platform to protect children,” he said. “We were so limited in what we could take.”

Prior to merging his firm with Kelley Kronenberg, a firm with eight offices in Florida, as well as outposts in New York and Chicago, Talenfeld already had a track record of taking on big cases — and scoring big wins. While heading Talenfeld Law and prior to its founding in 2014, Talenfeld scored multiple multimillion-dollar settlements for clients who had been abused in foster care.

He was also involved in cases that forced foster care reform, including a case that settled in 1998 and forced Florida’s Broward County to triple the budget for its foster system, among other reforms, and a 2008 case that established that the state could be held legally liable for child-on-child sexual abuse of foster care kids, demonstrating that the state did not take adequate steps to protect two young children.

Talenfeld was also the president of the nonprofit Florida Children First, which was founded by attorneys working on cases involving children and which works to reform policy in Florida, taking lessons learned in one county and working to implement them elsewhere.

Despite the notable legal victories, Talenfeld said that Talenfeld Law, which had only four attorneys, was very limited in the cases that it could take on. The firm would have about 40 cases going at any given time, and the attorneys would be stretched thin, he explained.

“It was a seven-day-a-week job,” he said. “We get scores and scores of calls that we can’t handle — we can’t protect children — because we just don’t have the capacity.”

The firm only had two offices and often had to turn down cases just because it wasn’t geographically feasible, Talenfeld added. They also spent a lot of time traveling around the state for depositions, instead of being able to use that time to work on cases.

The move to Kelley Kronenberg, he said, would give him and his team a greater reach and more resources to work with, including the technology tools at Kelley Kronenberg’s disposal. Kelley Kronenberg has also already added one of its experienced litigators to the group, and other attorneys at the firm seemed interested in pitching in as well, he said.

“It’s an opportunity for skilled trial lawyers to use those skills to help children,” he said.

Heath Eskalyo, the principal partner and chief financial officer at Kelley Kronenberg, said that the idea for creating the practice grew came after getting to know Howard and Kelley Kronenberg’s belief in giving back to the community.

“It’s in sync with the type of people we are,” Eskalyo said, adding that he personally also saw the issues with the foster care system up close while working as a prosecutor before going into private practice.

But the firm also believes that the group can be profitable, he acknowledged.

“We are a private law firm; we are a for-profit law firm,” he noted. “Howard [Talenfeld] has been very successful not only in terms of protecting children, but also financially successful as well.”

He and Chief Operating Officer Howard L. Wander both insisted, however, that the money is a secondary concern. The firm, which started 40 years ago with only a half dozen attorneys, had grown into a strong regional firm with 150 attorneys and is in a good position to take on a project like this, Wander explained.

For Talenfeld, he said he hopes that joining forces with Kelley Kronenberg will let the team take on more — and more ambitious — cases, in Florida and beyond.

With more resources, he said, he hopes that the firm will be able to push reforms that might eventually prevent the kinds of children he represents from needing an attorney like him at all.

Correction: An earlier version misstated when Kelley Kronenberg was founded. The error has been corrected.