If you ask the owner of a cannabis business about what keeps them awake at night, you'll learn the name of their monster under the bed: 280E.

It's a clause in the U.S. tax code that calls out businesses that traffic in controlled substances, banning them from writing off any of their costs of operating. And because there aren't too many drug dealers that are filing tax returns, it's licensed cannabis companies that end up caught in 280E's snare.

Ep. 1: The Boogeyman
In The Tax Code 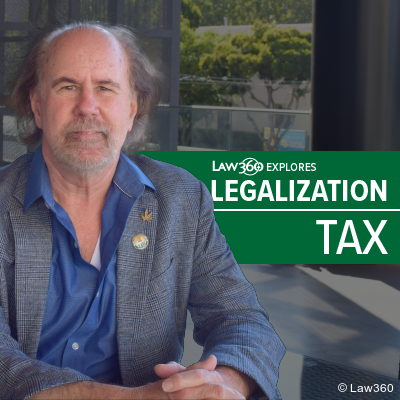 Henry Wykowski is a San Francisco attorney who has represented several dispensaries targeted by the IRS.

While a coffee shop can subtract from its taxes the cost of rent, employee wages and cups, a legal pot shop is stuck with a full tax bill and those expenses. And as a result, pot business owners told Law360 they could be paying a tax rate as high as 70%.

So for an industry with a reputation as an easy way to make a lot of cash, business owners say it's actually very hard to earn enough to handle the astronomical tax burden. Plus, many in the industry misunderstand what 280E means or how tax courts have applied it to cannabis businesses, according to Andrew Hunzicker, co-founder of Dope CFO, a cannabis accounting firm.

"If you do taxes right, just common sense tells you you're not going to make much money because you're paying the government a punitive level of tax, on top of all your other costs of goods sold, labor, rent, insurance, all those things," Hunzicker said.

A Remnant of the War on Drugs

The tax code clause that haunts cannabis companies has been on the books since 1982, one year into Ronald Reagan's presidency and his focus on the so-called War on Drugs.

Congress added 280E to the tax code in response to a bizarre tax court case involving a Minneapolis drug dealer named Jeffrey Edmondson. Edmondson was selling amphetamines, cocaine and marijuana out of his rented apartment when the IRS flagged him for failing to file taxes, according to court records.

If you do taxes right, just common sense tells you you're not going to make much money because you're paying the government a punitive level of tax. 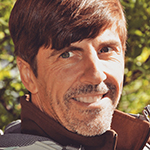 He put together a tax return that deducted the costs of his drugs, his packaging, some of his car's mileage, and a trip to San Diego that he said was work-related. The IRS objected to almost all of the deductions, so Edmondson took his case to tax court.

The court found Edmondson's testimony about his business to be "honest, forthright, and candid," according to the 1981 opinion.

The court held that the majority of his claimed expenses should be allowed, saying the costs of his scale, packaging, phone bill and car mileage were "ordinary and necessary."

There was no discussion of whether the fact Edmondson's business was illegal should impact his ability to take deductions.

But the next year, Congress enacted 280E. It reversed the Edmondson decision entirely, blocking any deductions — legal or illegal — for businesses involved with illegal drugs.

There's nothing else like it in the tax code, according to professor Benjamin Leff, who teaches tax law at American University's Washington College of Law.

While the tax code bans businesses from deducting the cost of bribes and other specific illegal activities, only drug businesses are prevented from taking any deductions at all.

What does it actually mean to be barred from deducting any business expenses? Scary high tax rates, one business owner told Law360.

Erik Knutson is CEO of a marijuana beverage company called Keef Brands, which sells things like a THC-infused cola and orange soda to dispensaries in several different states.

Because of the way Keef Brands was structured, Knutson is personally responsible for all of its taxes — bringing him up to a tax rate of around 70%.

"For all of our sales, marketing and distribution employees, I take all of their salaries on as personal salaries as well. So I might as well just be gifting them the money," Knutson told Law360.

He racked up three years of payment plans with the IRS, and ultimately sold his house to pay it all off.

Knutson learned early on that 280E was going to be expensive. But others in the industry didn't.

Laurel Alterman opened a medical marijuana dispensary in Louisville, Colorado, in 2009. By 2013, she had sold it and retired — but not long afterward, the IRS sent her a notice that it would be auditing her 2010 and 2011 tax returns.

Ultimately, she and her husband Bill Gibson were hit with nearly $500,000 in back taxes and penalties — all because the IRS said she had taken deductions 280E would not allow.

Alterman told Law360 she relied on accountants to file her returns, and they had never mentioned 280E to her. But none of that mattered in tax court. Alterman and her husband received their final bill for just under $500,000 in March. They've refinanced their house, sold all the property they could spare, and Laurel is driving for Uber and Lyft to supplement her Social Security income.

"I'd probably be the only person you'll ever meet that didn't make any money on this business," Alterman told Law360.

To which her husband chimed, "I think they're going to meet some more."

What Can You Deduct?

Alterman and the owners of many other legal cannabis businesses hit with hefty IRS bills have fought back in tax court, and over and over the judges have found that 280E does apply to them.

But those cases have fleshed out what cannabis businesses can — and can't — deduct.

Cannabis businesses can deduct their cost of goods sold — a tax term that means the amount a business paid for the products it sells. But that's where the clarity on allowed deductions ends.

For all of our sales, marketing and distribution employees, I take all of their salaries on as personal salaries as well. So I might as well just be gifting them the money. 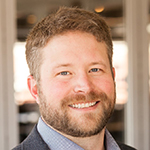 If a cannabis company sells products or services that are not related to pot, it may be able to deduct the expenses related to that side of the business.

But it's not clear how much the company needs to make off non-pot products to be able to claim it actually has a separate line of business. A landmark decision handed down late last year in a tax court petition filed by California dispensary Harborside held that the proportion of non-pot products and services Harborside sold was dwarfed by its pot sales, and so it didn't legitimately have two lines of business.

Henry Wykowski, a San Francisco attorney who represented Laurel Alterman, Harborside and several other dispensaries targeted by the IRS, said the details of what is and is not allowed under 280E are still not well understood within the industry.

"A lot of people know about the Harborside decision and generally know what it said, but have never read it, don't understand the nuances of it, haven't drilled down to the details. And that's the kind of stuff that you want to look at to determine what can you really do, what can't you do and where is there room for improvement," Wykowski told Law360.

These days, Wykowski says all cannabis businesses should expect they're going to be audited. He says the IRS knows that many businesses don't understand how 280E really works, and so they take too many deductions.

Hunzicker deals with many cannabis CEOs who think they have a strategy to avoid the brunt of 280E. Some try to divide up the business into several different entities, so only the one containing the cannabis operations has to comply with 280E, while others try to include as much as they can in their cost of goods sold.

If done right, these tactics can save a small amount of cash. But if they're done wrong, the penalties can be devastating, Hunzicker said.

"The IRS is well aware of these strategies. There are ways and methods you can utilize to lower your 280E tax a little bit, but they're difficult to implement. Most are implementing them wrong," Hunzicker said. "And that's why when the IRS is coming, they're winning every single case. And the IRS is winning big fees."

The IRS wouldn't respond to questions about its use of 280E against cannabis businesses.

But a U.S. Department of Justice attorney representing the IRS in a cannabis tax case before the Tenth Circuit earlier this year explained why the agency isn't giving licensed cannabis companies a pass. DOJ lawyer Francesca Ugolini told the panel that the IRS simply enforces the laws as they are.

"At the end of the day, the law is what it is. Congress makes the federal tax laws, 280E applies across the board to any business that involves ... that consists of the trafficking in controlled substances," Ugolini told the panel.

American University's Benjamin Leff said that the IRS' decision to pursue cannabis businesses with 280E isn't surprising. The agency does it because it is central to the IRS' mission, which is encouraging voluntary compliance with the country's tax laws.

If the agency announced that it wouldn't be requiring licensed cannabis businesses to comply with 280E, "in effect they would be saying, 'This pretty clear provision in the law, you know, y'all can just ignore it,'" Leff said. "And that seems like a strange choice for them to make."

This is the first in a series of articles that will accompany episodes of our new podcast, Law360 Explores: Legalization. Come back tomorrow to read the next installment on banking problems. You can also subscribe to the show on Apple Podcasts, or find all the episodes here.