Even as more governors announced Monday that their states would conform with the federal government and move tax filing and payment deadlines to July 15, state officials sounded the alarm about the resulting budget and cash crunch. 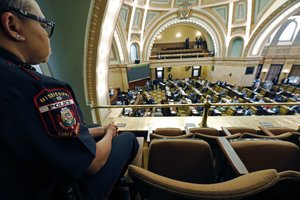 "The budget issue is difficult, but the loss of cash flow is creating the larger crisis," the FTA said.

"Indeed, we now anticipate that large amounts of it will not be collected, ever," the FTA said. "We expect many sole proprietorships and individuals will no longer have the cash to make their tax payments by mid-July, and after that we will be dealing with bankruptcies and the permanent loss of those revenues."

"Sometimes things get so bad you want the world to understand what is actually happening," Smith said.

"We thought we knew what was happening earlier in the week," Smith said. "We thought there was a simple extension of time to pay for those who had a balance due … then suddenly, on Friday, everything changed. Many states felt like the change took away their options, legally, politically, technically."