Congress’ plan to have the IRS oversee cash stimulus payments to taxpayers to counter the economic effects of the new coronavirus could bolster arguments to boost funding at the agency and make further upgrades to deal with its new responsibilities. 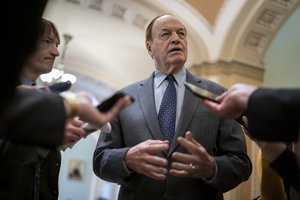 An expanded mission to oversee the $1,200 stimulus payments proposed for inclusion in H.R. 748, the Coronavirus Aid, Relief and Economic Security Act, could help the Internal Revenue Service secure more funding in the next round of fiscal 2021 spending bills after a decade of cuts and stagnant resources. The new program’s implementation likely will also provide support for longer-range funding increases as Treasury Secretary Steven Mnuchin prepares mandatory reports on customer service, due in June under the Taxpayer First Act

, and on IRS redesign, due in September.

Senate Appropriations Chairman Richard Shelby, R-Ala., and other senior lawmakers have made clear that the agency’s requests for funding would take priority as the Internal Revenue Service deals with an extended filing season and prepares to enact cash payments along with the U.S. Department of the Treasury.

“We won’t underfund them,” the top appropriator told Law360.

Both parties and both chambers are trying to clear the way for final action on a stimulus package that is expected to also contain assistance for corporations including airlines and small businesses, expanded jobless aid and potential tweaks to the Tax Cuts and Jobs Act

signed by President Donald Trump in December. House Speaker Nancy Pelosi, D-Calif., meanwhile, has circulated a House stimulus measure that would increase IRS funding through fiscal 2021 by $602.4 million, or 5.2%, compared with fiscal 2020 funding.

Shelby said he believed the stimulus bill has ample funding for the IRS to carry out cash payments and to avoid degrading routine services over three extra months under the extended July 15 tax return filing deadline.

Former IRS Commissioner John Koskinen praised lawmakers for proposing additional funding to move the IRS closer to the $13.9 billion it received in fiscal 2010, before a series of annual budget cuts brought it down to a benchmark that has fluctuated between $11.5 billion and $11.7 billion over the last six years.

“The agency is down more than 20,000 workers since then. The funding will help immensely. But it’s in the context where it’s not a fully staffed organization,” Koskinen told Law360.

Koskinen said the IRS will face extra hurdles from workplace restrictions aimed at slowing the spread of the virus across the agency. While dealing with such limits, he said, the payment program would help to “identify the importance of certain things” and could generate new approaches to improving call centers, payment systems and the accuracy of taxpayer data on file.

Koskinen said he doubted Mnuchin and the IRS would go so far as to reshape existing business operating divisions. However, he said new ideas generated by the payment program could be funneled into the reports that Mnuchin will send to Congress on customer service and agency restructuring. For example, he said the agency likely would have to redesign call centers to answer questions about cash payments and would need to develop flexible arrangements to allow employees to work remotely via computer and communications links.

Sen. Mike Crapo, R-Idaho, said he and other tax writers were hopeful the IRS would explore ways to improve efficiency.

“They should be able to do that,” said Crapo, who also serves as chairman of the Senate Banking, Housing and Urban Affairs Committee.

Concerns about the impact of the payment program on IRS operations were a continuing theme in negotiations on the stimulus plan. The debate over stimulus measures revived a long-simmering partisan fight over strategies for shrinking the nation’s $381 billion tax gap.

For example, some conservatives such as Sen. Rand Paul, R-Ky., who is now self-quarantined after being diagnosed with the new coronavirus, which causes COVID-19, have argued for antifraud measures such as restrictions on refundable tax credits to prevent false claims. And Democrats have pushed for more refundable credits and argued that increased enforcement funding is a better way to combat fraud.

signed by Trump on March 18. The Senate overwhelmingly defeated the proposal in a 95-3 vote last week.

Several Republicans said the initial GOP outline for the cash stimulus payments was based partly on the vision of Andrew Yang, the former Democratic presidential candidate who campaigned on a promise to deliver $1,000 monthly basic income payments to every adult.

Crapo said Senate negotiators settled on a one-time payment — $1,200 per adult, and $500 per child, subject to certain income caps — instead of multiple payments to make it simpler for the IRS to carry out. But Shelby and other senior lawmakers made clear they remained open to additional payments and related IRS funding needs down the road.

With potential follow-on payments in mind, several key Democrats said they would keep pressing for IRS funding increases, which likely would be greater than the $12 billion target for IRS funding set by Trump’s fiscal 2021 budget blueprint.

“They need upgrades in the IT system and their personnel. We have underfunded the IRS for most of the decade that I’ve been here,” Sen. Chris Coons, D-Del., ranking member on the Appropriations subcommittee in charge of the IRS budget, told Law360.

Sen. Ron Wyden, D-Ore., the top Democratic tax writer, said he also remained concerned about whether the IRS would have enough funding and workers to carry out its expanded mission.

“The cuts over the years have taken a toll. We’ve obviously got to find a way to be responsive to taxpayers,” Wyden said.

to administer similar tax rebate payments aimed at countering the effects of a financial crisis and a recession. The stimulus bills would devote more than half of the supplemental IRS funding to taxpayer services, including call centers, to prevent the deterioration in services that came in the wake of the 2008 tax rebates.

Koskinen voiced hope that increased funding at the IRS would avert problems, but said the agency faced a tough task.

“The biggest challenge every year is the filing season. Now, it’s got the problem of dealing with that while dealing with the coronavirus,” Koskinen said.