An above-the-line deduction of up to $300 for charitable donations in the Senate-passed COVID-19 economic rescue package could spark bipartisan efforts to develop more incentives to help charities weather fallout from the new coronavirus. 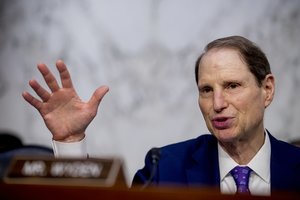 "We've made a lot of headway on charities," Sen. Ron Wyden, D-Ore., the top Democratic tax writer, told Law360, referring to the new provision in the rescue package and efforts to develop more incentives that could be included in the next wave of legislation to address the economic effects of the COVID-19 virus.

The above-the-line deduction generated some confusion among lawmakers and stakeholders in the final hours leading the Senate vote late Wednesday to pass H.R. 748, the Coronavirus Aid, Relief and Economic Security Act. That's because it was described in a widely circulated bill summary as a temporary incentive for 2020 whereas the actual bill text said the provision would apply to all "taxable years beginning after Dec. 31, 2019."

A senior GOP aide confirmed there was a disparity between the bill text outlining a permanent incentive and the summary's description of a one-year provision.

"There may have been a drafting error," the aide told Law360, referring to the bill text.

As drafted, the bill would make the above-the-line deduction a "permanent feature of the tax law," Joseph Cordes, an economist at George Washington University, told Law360.

Other lawmakers have offered ideas for expanding the above-the-line deduction. Sen. Chris Coons, D-Del., ranking member on the Senate Appropriations subcommittee responsible for the Internal Revenue Service's budget, said he was weighing a proposal to cap the deduction at 1% of adjusted gross income. A bipartisan proposal by Rep. Mark Walker, R-N.C., H.R. 5293, would cap the above-the-line deduction at a third of the standard deduction.

Colinvaux said in an email that it was hard to predict how much the crisis will affect taxpayer behavior, but he added that economic uncertainty would ensure that "charitable giving budgets for this year undoubtedly will take a hit." In the future, he said, lawmakers could explore a different approach, such as setting a $250 donation threshold, or floor, with an above-the-line deduction for the next $300 in charitable gifts.

"This is the camel's nose under the tent. This establishes the principle that nonitemizers can claim charitable deductions," Cordes said.

"This will help a lot of nonprofits — food banks, social service agencies and shelters — that are really struggling," Collins said.

A drive for new measures to help charities began last year, when churches and other nonprofits successfully pushed for language to repeal the 2017 law's tax on their employees' parking benefits in a fiscal 2020 omnibus spending law

"What happens when government can't fix all the issues? We've got to have engagement with not-for-profits," Lankford said.