Minnesota on Monday became the latest state to say it will not assert nexus on businesses whose employees are working remotely in the state to comply with stay-at-home orders during the coronavirus pandemic, according to the state Department of Revenue. 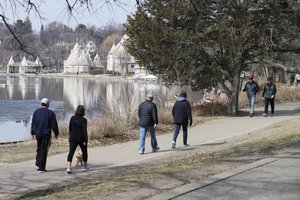 Minnesota has become the latest U.S. jurisdiction to say it will not establish nexus for any businesses whose workers are working remotely in the state during the novel coronavirus pandemic. (AP)

Minnesota joins New Jersey, Indiana, Mississippi, Pennsylvania, North Dakota and the District of Columbia among the jurisdictions giving some type of guidance to reassure businesses and employees on what has become a top concern among state tax professionals due to the novel coronavirus, which causes respiratory illness COVID-19. Minnesota did so via a short update to its COVID-19 FAQs for businesses from the Department of Revenue.

"The department will not seek to establish nexus for any business tax solely because an employee is temporarily working from home due to the COVID-19 pandemic," the tax agency said.

A spokesman for the state Department of Revenue did not immediately respond to Law360's request for comment.

Mississippi on March 26 was the first state to issue guidance regarding the concern that states might seek to link businesses for taxation purposes based on employees now working from home in the state and creating a presence that businesses didn't have before. New Jersey followed on March 30, with the remaining jurisdictions doing so in April.

Businesses can safely assume that all states will treat remote employees and businesses during the pandemic in the same way as the jurisdictions that have issued guidance, Verenda Smith of the Federation of Tax Administrators, told Law360.

"Nobody is talking about enforcing a corporate nexus assertion over a new coronavirus telecommuting situation," Smith said. "The employee-in-state nexus policy was never intended to cover this kind of situation, and the agencies will recognize that reality when they enforce these policies."

Smith said states would be hard-pressed at this time, with legislatures that have adjourned due to the virus, to make statutory changes regarding nexus for remote employees. But she said tax agencies still have discretion on which nexus policies to enforce and states do not intend to enforce nexus on employers if their only connection is employees who are in the state for safety considerations during the pandemic.

While the pandemic is an unprecedented situation, Smith said states do have some experience with special circumstances that place employees in states where they did not go at the will of their employers. This has happened during man-made and natural disasters, Smith said, citing the Oklahoma City bombing, whose 24th anniversary was Sunday, as an example.

"The FBI bomb squad needed to send workers to Oklahoma City on an extended basis, and they were worried about the imposition of state income tax on their wages," Smith said.

Eventually, Smith said, the legislature exempted such workers. But in the meantime, "the tax commission was just careful with its enforcement," she said.

Still, tax professionals would like to see every state be clear that businesses with remote employees in states amid the pandemic won't subject the business to nexus. Some have even suggested that Congress see to the issue.

For one thing, said David Blum, deputy chair of the tax practice group at Akerman LLP, it would be good to know that states won't change their mind down the road.

"Taxing jurisdictions really should be issuing contemporaneous written guidance to reassure taxpayers there will not be any surprises in the future," Blum said.