The European Commission appears set to delay the introduction of key tax initiatives, such as plans to fight tax evasion and deal with digitalization, according to a document seen by Law360. 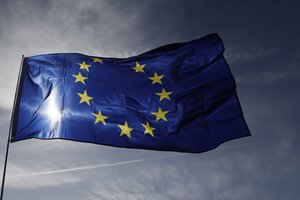 The document, dated Monday, is a list of items to be discussed by European Union commissioners at coming meetings. The schedule no longer mentions a commission corporate taxation initiative to fight the perceived imbalance between the tax paid by digital companies and those paid by more traditional companies. A previous schedule, dated March 30, said the commission would present the tax initiative at a June 24 meeting.

The decision to drop the plan comes after the Organization for Economic Cooperation and Development, which is leading an international effort on corporate tax reform, said that it was going to shift a key meeting from July to October because of the COVID-19 pandemic. The OECD's tax official leading the negotiations, Pascal Saint-Amans, also said that the international agreement, which was due to be completed this year, might wind up being completed in stages, with parts spilling over into next year.

A person familiar with the commission's thinking told Law360 that the decision to postpone the communication on business taxation was due to the OECD's delaying some of its key decisions on digital taxation to later in the year.

The document also shows a number of items pertaining to the fight against tax fraud to be discussed by the commission on July 15. One item is the "action plan to fight tax evasion and to make taxation simple and easy." An earlier version of this document, from late March, showed the commission was due to discuss this plan June 10.

A delay in the initiative on business taxation would come as some argue that the case for taxation of digital companies is greater given the COVID-19 crisis, which has kept billions of people staying at home to fight the spread of the coronavirus that causes the disease.

The nearly unprecedented restrictions on movement have resulted in an existential threat to traditional retailers but offered a boon to online merchants and companies offering digital or streaming services.

Speaking earlier this week, French Finance Minister Bruno Le Maire said, "This crisis shows that those who are [coming] out the best are the digital giants, simply because they are able to keep their businesses going, and yet they are the ones that are the least taxed."

Le Maire led a failed effort in late 2018 and early 2019 for the EU to agree on its own unilateral digital tax. The EU has said that if the OECD isn't able to agree on an international tax deal this year, then it will try again.

Some EU lawmakers want the bloc to increase the pressure on digital companies and propose a digital tax.

"With the coronavirus crisis, this frustration of injustice is growing among our citizens, and to my view there is no better time than now to bring forward an EU digital tax proposal," said Carmen Avram, a Romanian member of the European Parliament from the Socialists and Democrats bloc.