France To Impose Digital Tax Only If OECD Process Fails

France will forge ahead with its planned digital services tax only if the Organization for Economic Cooperation and Development fails to agree on a plan for taxing digital giants by 2021, the French finance ministry confirmed to Law360 on Monday. 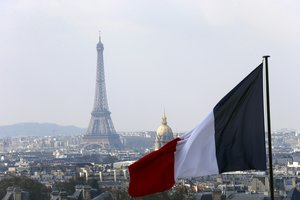 France's finance minister has said that the thriving of online business during the novel coronavirus pandemic demonstrates that "never has a digital tax been more legitimate and more necessary." (AP)

France is firmly committed to the OECD's effort to design tax rules for the digital economy, a ministry representative said in confirming comments last week by Bruno Le Maire, the country's finance minister. Le Maire's statement that the country will stick to its end-of-year deadline for the tax doesn't represent a change of policy, according to the ministry representative, who requested anonymity.

"Never has a digital tax been more legitimate and more necessary," the French finance minister said.

The OECD has warned that individual country measures to target digital businesses will lead to chaos. It is leading an effort to get nearly 140 countries to agree on a significant revamp of the international tax system in light of new business models that have been made possible by technology.

The OECD's work is divided into two pillars, the first of them a proposal to reallocate taxing rights to countries where companies have customers but no physical presence that would enable them to be taxed under current rules. The second pillar is proposal for a global minimum tax.

Le Maire's announcement that his country plans to go forward with its digital levy came after France and the U.S. had reached an uneasy truce on the tax. Officials had agreed that France would delay its tax until the end of the year to allow the OECD process to play out, and in return the U.S. would hold off on retaliatory tariffs.

Speaking to the Luxembourg newspaper Luxemburger Wort, Pascal Saint-Amans, the official heading up the global tax discussions at the OECD, said those discussions are diminishing public acceptance of tax avoidance.

"The tolerance for tax avoidance ⁠— even legal ⁠— and tax competition, which already was weak, will completely disappear," Saint-Amans said in remarks published Sunday.

On Friday, the Czech government confirmed that it would suspend its digital services tax until next year. The Czech finance minister, Alena Schillerová, said the country will delay the tax in anticipation of a deal at international level and will lower the rate to 5% from the 7% currently proposed.

The United Kingdom government said in April that it has no intention of suspending its digital services tax until a satisfactory solution is found at the OECD.

The U.S. Department of Treasury didn't respond to a request to comment on Friday about Le Maire's remarks.