A backlog in mail processing at the U.S. Tax Court due to precautionary shutdowns in response to the novel coronavirus outbreak may lead to some taxpayers receiving premature Internal Revenue Service assessments, despite facing filing delays beyond their control. 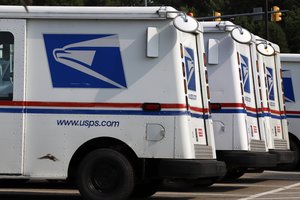 A hold on mail at the U.S. Tax Court brought about by the novel coronavirus outbreak meant that in some cases, taxpayers received assessment notices even though they had filed petitions to the court. (AP Photo/Gene J. Puskar)

The U.S. Tax Court canceled trial sessions for March and April because of COVID-19, the respiratory disease caused by the novel coronavirus. Shortly thereafter, the court closed its building in Washington, D.C., and held mail for delivery until the court reopened in July, but still allowed people to file petitions and other documents to abide by statutory deadlines.

Petitions sent to the Tax Court were not processed for almost four months, so some taxpayers received premature tax assessment notices, according to Igor S. Drabkin, a principal at Holtz Slavett & Drabkin APLC. Under Section 6213

of the Internal Revenue Code, a taxpayer has 90 days to file a petition with the Tax Court to challenge a notice of deficiency by the IRS, but because the court temporarily suspended processing these documents, the agency wasn't being notified that such petitions were filed, he said.

"The main problem with the delay is that if a petition is filed close to the expiration of the 90-day period, and the Tax Court delays processing, the IRS does not know that you protested the notice of deficiency by the due date," he said. "Once the 90-day period expires, and the IRS does not see a filed petition, they start to issue collection notices for the full amount of deficiency, including penalties and interest."

Abbey B. Garber is a partner at Thompson & Knight LLP who served in the IRS Office of Chief Counsel for more than 30 years. Garber said the petition filing deadlines are a bit more nuanced due to a provision in the Internal Revenue Manual as well as a coronavirus-related notice, which extended deadlines for Tax Court petitions and other tax filings.

Section 4.8.9.26 of the manual says if a taxpayer in the U.S. does not petition the Tax Court or agree to a deficiency within 105 days, the case is defaulted and the deficiency may be assessed immediately after the 105 days have passed. The manual provides these 15 extra days because someone could mail a petition on the 90th day. The IRS wants to make sure that during the normal course of business, and not during a pandemic, there are buffer days for a petition to be processed at the Tax Court and sent to the IRS, Garber said.

extended other tax deadlines, including the 90-day deadline for Tax Court petitions, so anyone with a filing deadline between April 1 and before July 15 got an automatic extension until July 15.

Despite the manual's extra 15 built-in days and additional time given by the notice, these protections do not help with Tax Court petitions in which the 90-day deadline fell during the time in March when the Tax Court stopped processing mail but the IRS notice did not yet apply, Garber said. So it may be possible that Tax Court petitions due between March 16 and 31 may trigger the premature assessments after 105 days, he said.

"So maybe that means they have cleared the backlog through July 10," Garber said.

Tax Court Chief Judge Maurice Foley told Law360 in an email that the court no longer faced a mail backlog as the remaining petitions were being processed.

In a Sept. 4 statement, the IRS told Law360 that the Office of Chief Counsel has been working closely with other units of the IRS since the beginning of the pandemic to minimize premature assessments. During recent government shutdowns, additional procedures were put in place to stop premature assessments, and that prior experience allowed the IRS to be prepared for similar problems during the closure of the Tax Court clerk's office during the pandemic, the IRS wrote in written responses to questions.

The Office of Chief Counsel is sensitive that petitioners' filings may be delayed and strives to stop premature assessments before they are made by having the office request certain abatements, the IRS said.

However, practitioners are still facing uphill battles because they currently have clients who are being given premature assessments, according to Frank Agostino, the founder and president of Agostino & Associates PC.

For example, one of Agostino's cases had a deadline on June 23 and even though he sent the petition in June, it was returned via FedEx, so he sent it again the day the Tax Court began accepting mail again, he said. Despite the filing and refiling, his client received a premature assessment notice, dated Aug. 24 and received on Aug. 28 to the tune of about $502,000, even though the petition was sent, Agostino said.

Under Tax Court Rule 55, someone can file a motion to prevent the assessment or collection of a tax, but that can only be done when a timely petition has been filed.

Agostino said even though his client's petition had not yet been processed by the Tax Court, he was preparing a motion to restrain collection under Tax Court Rule 55. Though the IRS hasn't received the petition yet, a practitioner can call the Tax Court's clerk, confirm the petition has been received but not yet filed on the docket, he said.

"Once the clerk files the petition and the [Rule 55] motion, counsel is assigned and will intercede — they will agree to a stay pending verification of the facts," Agostino said. "Then from the IRS side, they input a 'freeze' code."

Another option is to file an IRS Form 911, a request for assistance from the Taxpayer Advocate Service, so there are many different avenues available to correct this mistake, which is due to COVID-19 and not because the IRS is trying to "pull a fast one," Agostino said.

Drabkin, of Holtz Slavett & Drabkin, said a petition he filed on June 18 was not processed by the Tax Court until Aug. 18. In that case and in other cases handled by other attorneys at his firm, there were premature assessments that came about through automated collection systems.

"The IRS doesn't have any automatic way to know whether you've filed or not unless they get notice from the Tax Court," he said. "So after the 90 days, the ACS, automated collection systems, issues a collection notice to the taxpayer demanding the payment."

In response to these tax assessments, Drabkin said he had to call IRS Collections to put a collection freeze on those accounts.

"What we've done in all three cases is we called the ACS, explained the situation and managed to put a collection freeze on these accounts," he said. "It's obvious that the IRS is aware of this issue because they didn't create any problems in just putting a hold on any collection action."

The Office of the Chief Counsel has now created a special email address, taxcourt.petitioner.premature.assessment@irs.gov, for those petitioners who had a premature assessment, the IRS told Law360 on Monday.

IRS Chief Counsel Michael Desmond told Law360 he was impressed with how the IRS and Counsel employees took on the issue of premature assessments since the beginning of the pandemic.

"Their prompt action reflects an intimate understanding of how the mechanics of tax administration impact taxpayers, as well as a commitment and compassion reflected in the systems they established to ensure we mitigated premature assessments in spite of the challenges faced," Desmond said.