Included in Justice Ruth Bader Ginsburg's monumental legacy are several tax opinions in which she addressed whether a California corporate franchise tax violates the U.S. Constitution, how states can tax citizens and when employment taxes apply to baseball players' back pay. 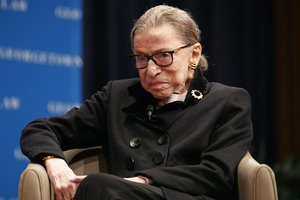 Ginsburg, who died Friday at age 87 due to complications from pancreatic cancer, was known for championing women's rights and broadening the interpretation of Title VII of the Civil Rights Act, the federal anti-discrimination law.

She also worked with her husband, Martin Ginsburg, a prominent tax attorney, in appealing a U.S. Tax Court decision from 1970 in which a man was denied a $600 dependent care deduction because he was unmarried. Her husband credited her work on that case with fueling her rocketlike trajectory from an academic to a successful appellate advocate and ultimately a Supreme Court justice.

In an opinion on a 7-2 decision from 1994, Barclays Bank PLC v. Franchise Tax Board

California's corporate franchise tax was applied through a worldwide combined reporting mechanism that required a corporate taxpayer to report the income of all its entities located abroad and in the U.S. The state then taxed a percentage of that income equal to the average percentage of property, sales and payroll in California.

In two consolidated cases, the California tax was accused of violating the U.S. Constitution's commerce clause

and the due process clause under the 14th Amendment

. However, Justice Ginsburg, joined by six other justices, found the combined reporting method did not discriminate against foreign commerce, nor did it violate the commerce clause by exposing multinational companies to double international taxation. The court also found the state's method of using reasonable approximations to calculate taxes when data was unavailable was not incompatible with due process.

Richard Pomp, a tax professor at the University of Connecticut School of Law, said the decision is an important one in the arena of state tax law because Justice Ginsburg upheld worldwide combined reporting for corporate groups that have a foreign parent with foreign subsidiaries and guarded the reasonable approximation computation method against commerce clause and due process attacks.

Despite that setback, some organizations are encouraging the European Union and Organization for Economic Cooperation and Development to adopt approaches similar to California's worldwide combined reporting, Pomp said.

In these two cases, which bookend the beginning and end of her tenure on the Supreme Court, Justice Ginsburg remained a strong advocate for a state's ability to tax the worldwide incomes of its residents, according to Edward Zelinsky, a professor of tax at Yeshiva University's Benjamin N. Cardozo School of Law.

, Justice Ginsburg in a unanimous opinion reversed the Tenth Circuit and held the state of Oklahoma was allowed to tax the income of members of the Chickasaw Nation who lived in the state outside of tribal lands.

The Tenth Circuit decision to the contrary conflicted "with the well-established principle of interstate and international taxation that a jurisdiction may tax all the income of its residents, even income earned outside the taxing jurisdiction," Justice Ginsburg wrote. "The exception that the tribe would carve out of the state's taxing authority gains no support from the rule that Indians and tribes are generally immune from state taxation, as this principle does not operate outside Indian country."

, in which a 5-4 majority invalidated Maryland statutes that imposed a tax on Maryland residents earned outside the state because such levies violated the dormant commerce clause of the U.S. Constitution.

The majority held Maryland must grant a credit against its income tax for the out-of-state taxes paid by Maryland residents. Justice Ginsburg disagreed, saying the majority ignored the concept that states may tax the worldwide income of their respective residents.

Wynne "veers from a principle of interstate and international taxation repeatedly acknowledged by this court: A nation or state 'may tax all the income of its residents, even income earned outside the taxing jurisdiction,'" Justice Ginsburg wrote.

The ability for states to tax their citizens is still a vitally important issue, especially now that so many people are working remotely due to the novel coronavirus pandemic, Zelinsky said.

Now "it will be even more important to determine the authority of the states to tax their residents working at home," he said. "Justice Ginsburg's majority opinion in Chickasaw Nation and her dissent in Wynne will inform the debate by stressing the primacy of states to tax the incomes earned worldwide of their respective residents."

Joseph Bishop-Henchman, a vice president at the National Taxpayers Union Foundation who is a tax and constitutional lawyer, said Justice Ginsburg in Wynne as well as in 2018's South Dakota v. Wayfair Inc.

demonstrated that she did not always follow the other liberal justices, especially when it came to dormant commerce clause matters.

In Wynne, Justice Antonin Scalia and Justice Elena Kagan joined Justice Ginsburg's dissent. In Wayfair, Justice Ginsburg also joined conservative justices in holding that internet retailers can be required to collect and remit sales and use taxes in states in which they lack a physical presence.

"In planning for Wayfair, we had assumed Ginsburg would be a vote for the government along with [Justices] Scalia and [Clarence] Thomas, as indeed she was," Bishop-Henchman said.

, Justice Ginsburg analyzed how back pay paid to baseball players should be treated for tax purposes. She found that the pay should be subject to payroll taxes under the Federal Insurance Contributions Act and the Federal Unemployment Tax Act, and that the taxes should be calculated based on when the payment is made, not the year the wages were earned.

In the case, the Cleveland Indians paid $2.07 million to players to settle a dispute over alleged violations of collective bargaining agreements. The back pay was issued in 1994, when FICA and FUTA rates were higher, but those payments were related to years 1986 and 1987 when those tax rates were lower.

Justice Ginsburg's opinion distinguished the case from a prior ruling that held back pay counted as wages for Social Security eligibility, said S. Starling Marshall, a partner in Crowell & Moring LLP's tax and litigation group.

"Justice Ginsburg artfully addressed the fact that the two statutes contained parallel language and explained that while the traditional rule of statutory construction dictates that like language, the rule is not absolute," Marshall said. "She emphasized that the purposes of the law must also be considered when interpreting identical wording."

The case is "an example of Justice Ginsburg's more holistic approach to statutory interpretation, which departed from that of her dear friend, and strict constructionist, Justice Scalia, who wrote the only concurrence in Cleveland Baseball," she said.

, in which the Supreme Court upheld an Eighth Circuit determination that disclaimed interest in an estate was still property that was subject to a federal tax lien under Section 6321

of the Internal Revenue Code.

In the case, Rohn Drye was the sole heir to his mother's $233,000 estate under Arkansas law, but he personally owed the government $325,000 on unpaid federal tax assessments, so the IRS had a lien on all of his property. Drye used Arkansas law to resign as administrator and recorded a written disclaimer passing all interests of the estate through to his daughter, Theresa Drye.

Justice Ginsburg held that a federal tax lien can attach to an inheritance even if the beneficiary disclaims the inheritance in the hopes of allowing it to pass to another relative. At first glance, the opinion may seem to be useful only for attorneys who do asset protection work for high-income individuals, but that is not necessarily the case since it also applies to low-income individuals, according to Ted Afield, director of the low-income taxpayer clinic at the Georgia State University College of Law.

"This opinion … is one of the reasons that low-income taxpayer clinics believe it is so important for their clients, who may not have many assets, to resolve their tax disputes as quickly as they can, because failing to do so can cause them to have an unexpected shock if they receive an inheritance and then try to disclaim that inheritance so that another relative can benefit from it," Afield said.

"This shock can be particularly painful if the taxpayer could have successfully resolved the liability through an offer-in-compromise for a much lower amount," he said.

In 1995, Justice Ginsburg penned the majority opinion in the 6-3 decision in U.S. v. Williams

upholding a Ninth Circuit finding that a woman could bring a refund action for money she paid to release a tax lien against her former husband.

In the case, the government assessed a tax against Lori Rabin Williams' former husband and attached a lien to his property, which included a house, but he had deeded his interest in that property to her without notice of the lien. Williams was notified about the lien on the property and paid the tax under protest, but the government denied her claim for a refund.

Justice Ginsburg delivered the opinion of the court, which held that standing to bring a refund suit under Section 1346(a)(1)

extends to third parties who pay under protest to remove a lien on property.

Sandra R. Brown, a tax principal at Hochman Salkin Toscher Perez PC, told Law360 she knew the case well because she was the assistant U.S. attorney who won the case at trial level and was present during oral arguments before the Supreme Court.

"There was no question that day that Justice Ginsburg would write the opinion [and] there was also no question that the government would not fare as well as it had in the district court," she said. "Justice Ginsburg did not disagree with the fundamental argument that waivers of sovereign immunity may not be enlarged beyond the purview of the statute's language; she simply disagreed with the government's — and my — more limiting interpretation of those words."

In addition to her tax legacy, Justice Ginsburg will be remembered as an icon, a fierce advocate of equal rights, a brilliant writer and a fashionista in a black robe, Brown said.

"A tremendous loss," she said.