A sharp divide over capital gains taxes has emerged as a key theme of the 2020 elections as both parties offer competing strategies to spark an economic recovery and counter fallout from the novel coronavirus pandemic. 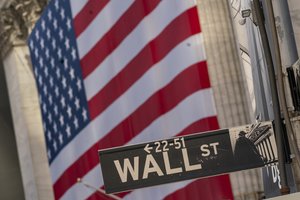 Taxes on the capital gains from assets such as stocks and bonds figure in both the campaigning and the post-election plans of Democrats and Republicans. (AP Photo/Mary Altaffer)

Key players in both parties say that the future of capital gains taxes likely will hinge on the outcome of the elections.

But Rep. Richard Neal, D-Mass., chairman of the House Ways and Means Committee, predicted changes in capital gains taxes likely would be part of negotiations on tax legislation early in the next Congress. He said he had not decided whether to support Democratic proposals to raise capital gains taxes or Republican proposals to cut them, and said decisions on such ideas would come after the elections during negotiations on Capitol Hill.

"I want to hear the bigger picture on it," Neal told Law360, referring to any potential change in capital gains taxes. "I'm not committed to anything on this. I want to wait and see."

Sen. Chris Van Hollen, D-Md., a former chairman of the Democratic Senatorial Campaign Committee, predicted voters and many Democratic lawmakers would support Biden's plan to tax investment profits for those earning more than $1 million like ordinary income, at a proposed new top rate of 39.6% — nearly twice the current top capital gains rate of 20% for most assets.

"I think voters will understand that people who are making more than $1 million can contribute more to benefit the entire country," Van Hollen told Law360.

The Tax Foundation, a conservative think tank, has estimated that Biden's proposal to tax capital gains of taxpayers earning more than $1 million — combined with a separate plan to increase estate taxes — would raise about $503 billion in revenue over 10 years.

On the other side, Republicans predicted their party would attract support on the campaign trail by pointing to Biden's plan and comparing it to President Donald Trump's vow to cut taxes in his second term, including taxes on investment profits. Although he has not offered a specific plan to cut capital gains taxes, he has signaled interest in the idea of reducing them in legislation or through executive action by allowing an inflation adjustment in an investment's cost basis, or original price.

Sen. Todd Young, R-Ind., chairman of the National Republican Senatorial Committee, said he believed Republicans would gain traction with a wide range of voters, who have savings invested in stocks and bonds, by raising concerns about the impact of higher capital gains taxes under Biden's plan on financial markets and on the value of stocks and other investments.

"Among certain audiences, I think that will really resonate, especially people who are anxious and concerned about their retirements." Young told Law360.

, which left in place the three-rate capital gains tax framework from the 2012 fiscal cliff deal,

with rates of zero, 15% and 20% linked to earnings thresholds.

, bypassing proposals by both sides for changes in capital gains taxes.

But both parties have signaled they plan to make strong arguments for changes in capital gains taxes in the run-up to the November elections.

And such arguments could lay groundwork for action in the next Congress.

Some Democrats argue revenue raised from higher capital gains taxes would be better spent on Biden's health care plan, or perhaps used to finance stimulus measures, including incentives for working families and for renewable energy.

If Trump is reelected and the GOP wins majorities in both chambers, Stephen Moore, an outside adviser to the president, said he believed the Trump administration could go ahead with a proposal to allow inflation adjustments for investments. Doing so would increase the after-tax rate of return on equities after they are sold by comparing the final sale price to the inflation-adjusted cost basis of an asset, rather than the original price or nominal value when it was first acquired.

But Moore said he did not know "whether cutting the rate is something that he would do." A Penn Wharton Budget Model study found that a potential proposal to lower the top capital gains rate from 20% to 15% would cost about $98.6 billion over 10 years.

"We're going to take a hard look at how we drive more investment, and I think capital gains taxes could play a big role in that. But no decisions have been made yet," he told Law360.

For Democrats, Biden's proposal to raise capital gains taxes represents part of a broader plan to raise taxes on wealthy families. Van Hollen said he expected there would be support in his party after the election for Biden's plan to raise capital gains taxes for high income earners, if Democrats win control of the White House and both chambers of Congress.

In general, Neal made clear he generally supported Biden's plan to raise income taxes on wealthy families, noting that he strongly opposed language in the tax overhaul that cut the top rate on ordinary income from 39.6% to 37%.

But for now, Neal said he planned to continue discussing Biden's proposal to increase capital gains taxes with Biden and members of his campaign team. Neal said he would try to evaluate that proposal as part of a broader agenda on taxes and potential changes to the 2017 tax overhaul, if his party is in the driver's seat in the next Congress.

"I'm always open to discussion," Neal said. "It's just that I think that we need to do this in a larger context."