Prospects are good in the post-election lame duck session of Congress for stimulus legislation regarding the novel coronavirus pandemic, and it should contain three tax provisions, including a healthy workplace tax credit, Sen. Rob Portman, R-Ohio, said Friday. 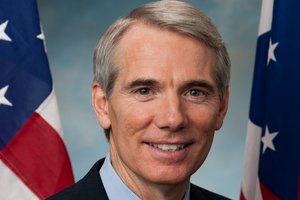 Sen. Rob Portman, a Finance Committee member, called for an expansion of the work opportunity tax credit, which he said lacks a category for those unemployed because of the pandemic.

The healthy workplace tax credit — which Portman, a Finance Committee member, said was the most compelling of the three tax provisions he wants in a pandemic bill — would provide employers a credit for expenses such as installing plexiglass dividers and hand sanitizer stations to safeguard their workplaces. Portman, who has proposed legislation calling for the credit, said the costs covered by the credit are difficult for small-business owners to come up with.

Portman, speaking during a webcast hosted by the Urban-Brookings Tax Policy Center, also called for an expansion of the work opportunity tax credit and for making it permanent. The credit lacks a category for workers unemployed because of the pandemic, Portman said. The credit is available for employers who hire workers from targeted groups that have consistently faced obstacles to finding jobs, according to the Internal Revenue Service.

The employee retention tax credit, which was enacted in the Coronavirus Aid, Relief and Economic Security Act

passed by Congress in March, should be expanded too, Portman said.

"I believe that in the lame duck, we're going to take this up, not just those tax provisions but the broader COVID-19 package," Portman said. "I'm optimistic. I think we can get something done, regardless of what happens with regard to the elections."

Portman's comments during the webcast came on the day House Republican lawmakers introduced virus legislation that includes the healthy workplace tax credit. Rep. Tom Rice, R-S.C., had introduced legislation calling for the credit in July, and that bill is similar to Portman's measure.

Senate Republicans also called for expanding the employee retention credit, as did House Democrats in the Health and Economic Recovery Omnibus Emergency Solutions Act. That bill passed the House in May, and House lawmakers also called for an update of the credit in pandemic legislation passed Oct. 1.

The employee retention credit Portman believes should be more generous is a refundable 50% payroll tax credit available for up to $10,000 in wages paid by employers whose businesses are partly or totally suspended because of government orders resulting from the pandemic. The businesses' gross receipts must be less than half what they were in the comparable financial quarter from the prior year.

Portman didn't just express optimism about a virus relief bill during Friday's webcast; he discussed tax policy plans for a potential second term for President Donald Trump and said that maintaining provisions in the 2017 Tax Cuts and Jobs Act

"I think the first order of business is to be sure that what worked in the 2017 bill continues," he said. "I look at the expiring provisions, including a number of provisions that help on the economic growth side. I think the R&D amortization that would happen at the end of 2021 is critical."

Beginning in 2022, taxpayers will have to amortize certain research and development costs over five years, or 15 years for foreign research, costs that are now expensed, according to an October Congressional Research Service report.