Democratic control over the Senate will make President-elect Joe Biden's plans to reverse a key part of the 2017 tax overhaul and increase the corporate tax rate more realistic, but first lawmakers must deal with another coronavirus relief bill. 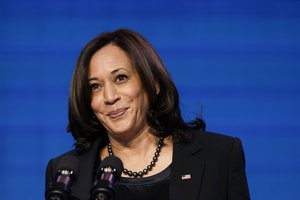 Providing another round of stimulus payments and tax relief focused on propping up the economy and controlling the novel coronavirus, which causes the respiratory disease COVID-19, is a top priority of the incoming administration. Biden and congressional Democrats say Americans need more help than the $600-per-person economic impact payments in December's $900 billion virus relief bill.

With a slim majority of 51 votes — including that of incoming Vice President Kamala Harris — Democrats will have the political muscle to push through tax changes using a complicated budget reconciliation process, rather than a supermajority of 60 votes. Democrats took control of the Senate after Raphael Warnock and Jon Ossoff defeated Republican Sens. David Perdue and Kelly Loeffler in runoff elections in Georgia on Jan. 5.

"I have long said that the bipartisan COVID-19 relief bill passed in December was just a down payment," Biden said following the Georgia runoff elections. "We need urgent action on what comes next, because the COVID-19 crisis hits red states and blue states alike."

That new coronavirus relief effort, expected early in the Biden administration, could be a starting point for talks on other tax-related items that could move in Congress later, possibly as part of infrastructure, climate or health care legislation, according to Jon Traub, tax policy leader of Deloitte's national tax group.

He cautioned, however, that Biden, House Speaker Nancy Pelosi, D-Calif., and incoming Senate Majority Leader Chuck Schumer, D-N.Y., could have a difficult time keeping Democrats in line to pass the tax legislation.

"I think ultimately they can get it done, but I think it's fair to point out that it's going to be a real challenge," Traub said.

Biden's corporate tax proposals will need buy-in from moderate and progressive lawmakers since Democrats have a slim majority in Congress, said Alexandra Minkovich, a partner in Baker McKenzie's North American tax practice. Compromise will be required in order for Democrats to successfully use the budget reconciliation process to pass tax changes, she said.

The initial virus relief bill likely will include more individual checks plus some small tax relief for businesses harmed by the pandemic, according to Traub. The tax bill from Biden that follows later this year could include a corporate rate increase, higher capital gains tax rates and estate taxes to pay for other priorities, he said. There is also a possibility that Democrats will follow in the steps of Republicans and pass legislation without attempting to offset the cost.

"It would not be implausible for Democrats not to want to pay for stuff, given the difficulty in raising taxes," Traub said.

A spokesperson for Biden didn't immediately respond to a request for comment.

Democrats' control of the Senate means they can set the tax agenda in the Senate Finance Committee and on the Senate floor for the next two years at least.

Incoming Senate Finance Committee Chairman Ron Wyden, D-Ore., could put forth his mark-to-market proposal, which would institute a new anti-deferral accounting system under which investors would pay tax annually on easily traded assets like stocks or bonds. The proposal calls for taxing capital gains annually at the same rate as regular income.

Wyden has earned a reputation for trying to cut bipartisan deals on a broad range of issues, both as ranking member and during one prior stint as chairman for 11 months, after former Finance Chairman Max Baucus, D-Mont., became ambassador to China in 2014.

Following Warnock and Ossoff's victories in Georgia, Wyden told reporters that those who received tax-related "sweetheart deals over the last four years should understand there's a new sheriff in town."

Democrats will offer taxpayers a very different set of choices than those favored by Republicans who support a tax system that gives handouts to multinational corporations and the powerful, Wyden said.

Despite the change in Senate leadership, Minkovich said she expected more action at the Treasury Department than on Capitol Hill while lawmakers work to reach consensus on what legislation to pass.

"In the near term, it is likely that the Biden administration will focus on what it can achieve through the regulatory process" by reviewing, withdrawing or modifying Trump administration regulations viewed as giveaways to "high-net-worth individuals and businesses," Minkovich said.

Steven Giacona, managing partner of Round Table Wealth Management, said Democrats' control of the White House and Congress will lead to greater stimulus for the country and that possibility is already reflected on Wall Street.

"Unfortunately, the sweep will generate a higher tax bill for people making over $400,000 a year," he said. "The elephant in the room is how deep or how much those new tax policies will be. Given moderate lawmakers like Joe Manchin of West Virginia, the full sweep of proposed tax increases may not be enacted."

Republican Sen. Mitt Romney of Utah, who along with Manchin and other moderate lawmakers authored the initial legislation that led to the most recent virus relief bill, said he wasn't sure how much sway they would have in Congress.

"I hope that the president-elect and the Democrat leadership are willing to discuss legislative solutions to the challenges we have," he told reporters.

Some groups are already offering potential tax policy changes that they hope Democrats will include on their list of must-pass legislation this year.

"Most of our issues are bipartisan. Our challenge normally isn't partisan control, but partisan bickering," he said. "If they would stop fighting for fighting sake and pass what they agree on, we'd be fine."

Frank Clemente, executive director of the Americans for Tax Fairness group, called on Biden to raise capital gains, estate and inheritance tax rates on wealthy Americans. He said Biden should deliver on his campaign promises of "making the rich and corporations begin to pay their fair share of taxes and using that revenue for health care, housing, education, infrastructure, a green-energy economy and more."

That message was echoed in a letter to Biden from a group of more than 100 progressive, advocacy and labor organizations. The groups called for expanded unemployment benefits, recurring direct stimulus payments, and other help for Americans facing housing and medical difficulties during the pandemic.

"The need is urgent. The response must be bold," the letter to Biden reads.