Businesses that have used forgivable loans authorized by legislation to address the economic downturn during the novel coronavirus pandemic can now claim business expense deductions under updated guidance issued by the Internal Revenue Service Wednesday. 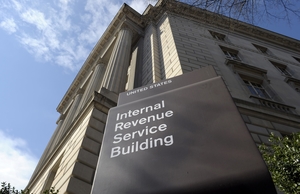 Expenses paid by using Paycheck Protection Program loan funds, which are forgivable, can now qualify for business expense deductions, according to the IRS guidance. The change results from a government spending and coronavirus relief package passed at the end of last year. That legislation nullified previous guidance issued by the U.S. Treasury Department and the IRS that disallowed business expense deductions for those who claimed PPP loans that had potential to be forgiven, according to the IRS.

to say that business expense deductions would be permitted. This change applies to years ending after March 27, 2020, when the CARES Act was enacted, according to the guidance.

The loan program and several tax relief provisions aimed at helping businesses endure the economic downturn caused by the coronavirus pandemic were included in the CARES Act, which President Donald Trump signed in March.

The year-end legislative package extended and enhanced several programs and tax breaks authorized by the CARES Act, such as the employee retention tax credit, and included a second round of stimulus payments at a lower $600 amount per individual, but a boosted $600 per child.

The change to allow deductions on forgiven PPP loan funds was a result of lawmakers and industry leaders stressing small businesses' need for further relief throughout 2020.

The leaders of the Senate Finance Committee introduced legislation shortly after the passage of the CARES Act to permit businesses that received loans authorized by pandemic relief legislation to deduct covered expenses, including language that was eventually passed in the year-end bill.

Finance Committee Chairman Chuck Grassley, R-Iowa, and the panel's ranking member, Sen. Ron Wyden, D-Ore., made clear lawmakers' intent when they passed the CARES Act was to allow the deductibility of business expenses paid for with PPP loan funds.

Right before the passage of the legislation that allowed the deductibility of PPP funds, the National Restaurant Association urged lawmakers in a letter to make the policy change, highlighting the mass business closures stemming from the pandemic.