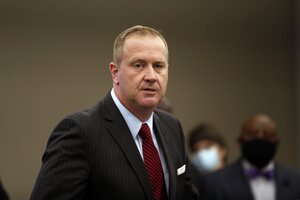 Siding with arguments made by the U.S. Department of the Treasury, the court found Missouri hasn't shown it has suffered any injury because the only way the funds are recouped by the federal government is if the state uses them toward net tax cuts. Missouri's claims are based on future events that haven't yet occurred and therefore aren't ripe, the court said.

The provision in question bars states, territories and localities that accept funds from a roughly $350 billion pot of cash from "directly or indirectly" using the coronavirus aid to offset a reduction in net revenue. Otherwise, they risk having to return the amount that is used to offset a tax cut. The funds were passed as part of the American Rescue Plan Act

The office of Missouri's Republican Attorney General Eric Schmitt in March filed the complaint in the U.S. District Court for the Eastern District of Missouri, arguing that it would be unconstitutional for the federal government to broadly interpret restrictions on federal dollars stemming from the ARPA. The state asked the court for declaratory and injunctive relief as to the interpretation of the provision.

Schmitt argued the provision would irreparably harm the state by having the federal government trample over Missouri's sovereignty to set its own tax policy. Anything but a narrow interpretation of the law would violate the U.S. Constitution's 10th Amendment and spending clause, he argued.

Chris Nuelle, a spokesman for Schmitt, told Law360 on Tuesday the office is "considering all potential options, including a motion to reconsider."

In support of its case, Missouri had cited City and County of San Francisco v. Trump

, in which San Francisco challenged an executive order by former President Donald Trump that directed agencies to hold back federal grants to "sanctuary" jurisdictions. The Ninth Circuit there found the case satisfied standing requirements under Article III of the U.S. Constitution because there was a loss of funds promised under federal law. But the court Tuesday said the facts in Missouri's case were "readily and boldly distinguishable."

"The ARPA recovery funds were not 'promised' to Missouri by Congress, then taken away by some other act of Congress or the executive branch," the court said. "Rather, in passing the ARPA, Congress both appropriated recovery funds and placed a condition on a state's receipt of the funds."

"In short, state tax cuts are not proscribed by the ARPA. Missouri's sovereign power to set its own tax policy is not implicated by the ARPA," the court said. "The Missouri Legislature is free to propose and pass tax cuts as it sees fit."

The case also isn't ripe for review, the court found. It cited a 1998 U.S. Supreme Court case that found a suit Texas filed

against the U.S. over a proposed law the federal government said could violate part of the Voting Rights Act

wasn't ripe for review. Missouri's claims are "based upon contingent future events that may not occur," just like the Texas case, the court said.

"It is premature for the court to interfere before Treasury can even promulgate regulations, much less have those regulations affect Missouri 'in a concrete way,'" the court said.

Several Republican attorneys general have lodged similar challenges against the clawback provision. Schmitt was among 21 Republican state attorneys general who sent a letter in March to Treasury and its secretary, Janet Yellen, demanding they weigh in on the provision and interpret it narrowly, while also threatening legal action.

Schmitt had asked the court to rule on his preliminary injunction motion by May 3 because the state's General Assembly must adjourn its regular session by May 28.

Representatives for the U.S. Department of Justice and Treasury declined to comment Tuesday.

The case is Missouri v. U.S. Department of the Treasury et al., case number 4:21-cv-00376, in the U.S. District Court for the Eastern District of Missouri, Eastern Division.