Unitary Income In Mass., Guidance In Md.: SALT In Review

From the top Massachusetts court's ruling on unitary income to Maryland's move toward more guidance for taxpayers, here are my thoughts on noteworthy state and local tax news. 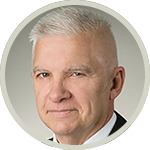 David Brunori is a senior director at RSM US LLP in Washington, D.C., a visiting professor of public policy at George Mason University and a regular contributor to Law360 Tax Authority.

Ever since I can remember, it has been this way. Business or unitary income was apportioned. Nonbusiness or nonunitary income was allocated. I have taught that principle for nearly 30 years in law school classes. I did not make it up. Nor was it a timeworn shibboleth whose original rationale was long forgotten. I learned that idea from reading U.S. Supreme Court cases and from following the work of giants in the field like Hellerstein and Pomp. And SALT tax practitioners face this age-old question every day. Is this business income? If so, it gets apportioned. Or is this nonbusiness income? Then it gets allocated to a particular state.

The Massachusetts Supreme Judicial Court does not see the consequences of the business-nonbusiness issue the same way as I. In the recently decided VAS Holdings & Investments case, the court rejected the argument that the U.S. Constitution requires a unitary business relationship for the apportioning of income. Readers know or certainly should know this case. VASHI, a Florida-based S corporation, had owned a minority interest in a Massachusetts partnership, Cloud5. Everyone agreed that there was no unitary relationship between the S corporation and the partnership.

When VASHI sold its interest in the partnership, the Massachusetts Department of Revenue asserted that the S corporation's capital gains should be apportioned to the commonwealth. It based its apportionment on the partnership's business activity. It did not matter that there was no unitary relationship. Most tax practitioners ― at least those not working for tax collectors ― thought that the assessment was unconstitutional. You simply can't apportion nonbusiness income. If you can apportion such income, the SALT world will be turned upside down. It is the unitary relationship that provides the connection to the taxing state. The unitary distinction also helps avoid double taxation. We will divide up business income. We will let only one state tax nonbusiness income.

VASHI appealed to Massachusetts' Appellate Tax Board, arguing that under the Constitution, the commonwealth could not tax nonbusiness income earned by a nonresident. The board agreed with the department. And VASHI appealed to the commonwealth's highest court. As an aside, this turned out to be a battle of legal heavyweights. It is not surprising that a case of such import would attract some of the best tax lawyers. VASHI was represented by Michael Bowen of Akerman LLP. The American College of Tax Counsel filed an amicus brief supporting VASHI. It was written by Richard Jones, David Nagle and Caroline Kupiec of Sullivan & Worcester LLP. In the spirit of disclosure, I am a fellow at the American College of Tax Counsel but had no involvement in the case. The lawyers for the department, Andrew O'Meara and Brett Goldberg, have great reputations. And the Multistate Tax Commission filed an amicus brief on the commonwealth's behalf. That brief's author was Bruce Fort, a terrific lawyer who is widely known in the tax community.

I will not go into the details of the court's decision except to say that in my opinion, it got constitutional claims wrong. The court said that the U.S. Constitution does not require a unitary relationship. All that was required to assert taxing jurisdiction on VASHI was a connection between Cloud5 and Massachusetts. Yet every relevant U.S. Supreme Court case has said that a unitary relationship was necessary to apportion income. Read MeadWestvaco Corp. v. Illinois Department of Revenue

. The Massachusetts court said that these cases do not say what we think they say.

This is a dangerous opinion. It can open the door for more states to assert this novel investee apportionment theory. The ability to tax nonbusiness income with a spurious connection to the taxing state will be attractive to many. State legislators, after all, love to export tax burdens. But folks in Massachusetts will rue the decision when someday they receive a tax bill from California for selling Apple stock. Unitary is the limiting principle. Without it, there are very few limits. But the worst part is that the Supreme Judicial Court essentially ignored decades of U.S. Supreme Court precedent.

Not all was lost, of course. VASHI actually won the day. The court stated that there was no statutory basis for imposing the tax. Hats off to Michael Bowen for pulling this out. The way I read the opinion, though, the court was telling the Legislature that it could pass a law subjecting investors like VASHI to tax. That is why this is a most unsatisfactory victory for taxpayers and citizens.

At the American Bar Association Section of Taxation meeting this month, Multistate Tax Commission counsel Chris Barber encouraged people to weigh in on the MTC's investment partnership project. The MTC put together a draft white paper on state taxation of investment partnerships. It is informative and well worth reading. There is certainly a need for uniformity.

Every week we see this. Somebody is unhappy about something and goes running off and proposing a tax or a tax break. California Gov. Gavin Newsom proposed offering tax breaks to companies that relocated from states that might outlaw or severely restrict access to abortion. There has been no introduced legislation yet, but I know that people in California are thinking about how you might offer a tax incentive to a company in a state that restricts abortion rights. Indeed, someone from California, thinking that I would help create more tax incentive programs, called and asked how it might be done.

Apparently, I have to say this again. From a tax policy perspective, I do not care about your views or your company's views on reproductive rights. Look, I get that some people are upset and others are happy about the likelihood that the Supreme Court will overturn Roe v. Wade

I note that this is a problem on both sides. Republican Sen. Marco Rubio introduced S. 4131, which would disallow employers from claiming tax deductions for expenses related to employee abortions or child gender transitions. Rubio was reacting to reports that some companies have said that they will pay for employees to travel to states for an abortion. I say to Sen. Rubio as I say to Gov. Newsom: Stop it.

Maryland took a step in the good-government direction. Gov. Larry Hogan signed S.B. 477, which will establish a legal division in the Office of the Comptroller that will provide expanded tax guidance for taxpayers. The division will help the comptroller produce private letter rulings.

As they say in the business, guidance is good. More guidance is better. The tax laws are complicated, and sometimes they are vague. The system often creates a level of uncertainty and expense that is unnecessary. Sometimes taxpayers faced with uncertainty take risky positions or overly conservative positions. They must often rely on expensive tax professionals to ascertain the risks. I am an expensive tax professional, and that is OK for me personally. But society would be better off if the law were easier to understand. We just can't rely on legislators to achieve that.

The new law will fund a director and at least six tax lawyers. And the comptroller will have to publish redacted rulings on its website. Like guidance, transparency is good.

Hats Off to the Mississippi DOR

The public comments on the proposal said that the department was exceeding its authority, that expansion of the tax base is a legislative function not to be left to the department. To its credit, the department responded by withdrawing the proposed regulation.

Mississippi recently enacted S.B. 2831, which creates a committee to study sales taxation of "remote and internet-based computer software products and services." For what it's worth, all personal consumption, including stuff you buy on or through the internet, should be subject to sales tax. It would be nice if the state could find a way to exempt business purchases. And that is the problem. Businesses buy a lot of cloud-computing services. In any event, the department was right to let the Legislature handle this.


This article is part of a weekly column publishing in Monday's newsletters.

The opinions expressed are those of the author and do not necessarily reflect the views of the firm, its clients, or Portfolio Media Inc., or any of its or their respective affiliates. This article is for general information purposes and is not intended to be and should not be taken as legal advice.