A London-based Goldman Sachs unit won't seek New York Court of Appeals review of a lower court's finding that it owed New York City tax on its sale of interest in a city-based partnership, a city representative told Law360 Tuesday. 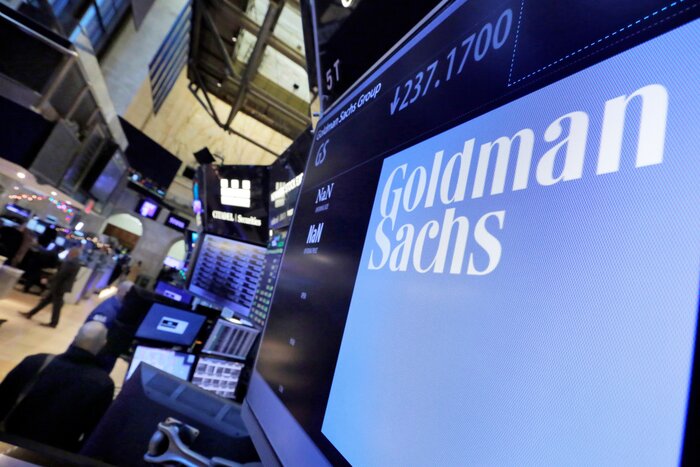 A New York court ruled last month that a London unit of Goldman Sachs owes $4 million in city general corporation tax on its sale of interest in a partnership. (AP Photo/Richard Drew)

A Goldman Sachs representative and its counsel did not immediately respond to requests for comment Tuesday.

Tax professionals said the case highlighted a growing debate between taxing authorities and businesses over how capital gains should be sourced when out-of-state businesses sell interests in pass-through entities. The court upheld the city's application of a so-called investee apportionment or allocation method, which looks to the activities that an investee has in a state instead of the activities of the investor when apportioning the tax.

, which he said allowed investee apportionment, "is still good law and has not been overruled by any subsequent state or federal court decision." He called the ruling "a big win for city taxpayers."

During oral arguments in March, the state Supreme Court's justices questioned why Goldman Sachs claimed the city couldn't tax the gain received from the sale of its interest in Claren when it paid tax on its distributive share of Claren operating income. In its decision, the court held that Claren's activities established nexus between the gain and Goldman Sachs, adding that the activities of the Goldman Sachs unit in London shouldn't factor into the sourcing of the gain's tax.

Some observers said the court didn't account for the lack of the unitary relationship between the entities, and that the court didn't delve into the more technical questions of how if, or by how much, Goldman Sachs' decisions and activities in London should have factored into the apportioning the tax.

Litigation over the application of sourcing of capital gains for out-of-state investors is also persisting around the country in separate cases. On May 13, the Massachusetts Supreme Judicial Court held that state's tax laws didn't permit it to tax capital gains that a Florida-based S corporation VAS Holdings and Investments LLC, or VASHI, realized from its sale of interest in a Massachusetts entity. However, the court also said that the tax would have been constitutionally permissible.

Massachusetts statutes apply the unitary business principle, which only allows tax on gains if there is a unitary relationship between entities based on a centralization of management and if an investment in an in-state entity serves an operational function for the nonresident corporation, among other factors. Because no unitary relationship existed between VASHI and the entity it sold its 50% interest in, the court negated the tax. The state Department of Revenue has since filed a motion indicating it will ask the court for reconsideration.

Goldman Sachs' counsel, Aylsse McLoughlin of Jones Walker LLP, noted to Law360 last week that, in an opposite conclusion, a Utah State Tax Commission decision released in April said an out-of-state company's sale of a Utah-based asset wasn't taxable under constitutional principles because there was no unitary relationship between the entities.

Richard Pomp, a tax professor at University of Connecticut School of Law who filed an amicus brief backing Goldman Sachs, said the company's decision not to appeal "was probably correct given the record," but said the outcomes of investee apportionment litigation has thus far has left certain questions unanswered.

"The issue that remains open, after this case as well as after VAS in Massachusetts, is whether investee apportionment can be applied to a capital gain under International Harvest at all, and if the answer is yes, whether that can violate the external consistency doctrine," he said.

was a 1944 U.S. Supreme Court decision that found that Wisconsin could apply its privilege tax to dividends paid to investors by an out-of-state corporation that conducted business in Wisconsin, regardless of whether the investors were in other states. The external consistency test considers whether a tax passes commerce clause scrutiny by determining if the amount of tax is consistent with the taxpayer's activities in the state.

According to the Multistate Tax Commission, which filed an amicus brief in support of Massachusetts in the VASHI case, about 14 states have rules specifically addressing how to apportion gain from sales of partnership interests. The MTC is undertaking a project to develop uniform rules for a vast array of state partnership tax issues, and MTC officials have said that capital gain sourcing for sales of interest will likely be addressed down the line.