Tax Extenders Could Be Candidate For Next Virus Relief Bill

Despite Congress having just passed $2 trillion in economic relief to mitigate damage from the novel coronavirus pandemic, some lawmakers are already considering another relief bill that could serve as a vehicle to renew expiring tax incentives known as extenders. 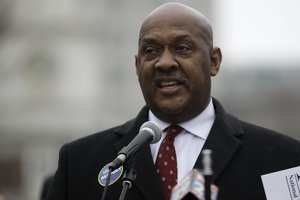 Rep. Dwight Evans, a member of the House Ways and Means Committee, said he has adopted a "wait and see" attitude about when to consider federal tax extenders. (AP)

Lawmakers have already begun work on a fourth relief package that could pass Congress by May if the economy continues to sputter from the impact of COVID-19, the illness caused by the coronavirus. That measure, which could focus on rebuilding the nation's crumbling infrastructure, may turn out to be a perfect vehicle for dozens of individual and business tax provisions that expire in 2020, several tax lobbyists said.

Renewing and expanding tax breaks such as credits for craft alcoholic beverages, electric vehicles, coal production and carbon sequestration are usually among the last items considered by Congress each year as part of must-pass legislation. Pressure was already starting to build in Congress to include the extenders in federal health care legislation this spring when the virus outbreak hit, and lawmakers rushed to pass the Coronavirus Aid, Relief and Economic Security Act, or CARES Act, which was signed by President Donald Trump last week.

The last time Congress renewed the tax extenders was in December as part of a budget deal that retroactively extended the provisions from 2017 through 2020. Now, lawmakers say they are open to whatever it takes to keep the economy moving, and that includes an early consideration of the tax extenders.

House Ways and Means Committee member Rep. Dwight Evans, D-Pa., said he has adopted a "wait and see" attitude about whether the tax extenders should move now or must wait for action in December.

"We don't know" what's going to happen, he told Law360. "As far as I'm concerned, everything is on the table. We'll have to be in a position to be mobile, to be flexible."

Sen. Tim Scott, a South Carolina Republican who sits on the Senate Finance Committee, said passage of the CARES Act shouldn't have any impact on when Congress ultimately considers tax extenders, which he characterized as good policy intended to help taxpayers — not economic stimulus.

"It's apples and oranges," Scott told Law360. "The CARES Act is about getting [the economy] back to where [it] needs to be. The tax extenders have more to do with funding priorities that Congress believes are in the best interest."

The CARES Act included the must-pass health care provisions that were scheduled for consideration in May. But the tax extenders were left out as lawmakers decided to pass other highly sought-after tax provisions, such as reversing parts of the 2017 tax law

"In fairness, I didn't think that this was the time to be addressing energy tax credits," said Alaska Republican Sen. Lisa Murkowski, who chairs the Senate Energy and Natural Resources Committee. "Not critical like what we had to do for the hospitals or assistance to the states, assistance to those that have been affected."

Murkowski said she expects the tax extenders to move at some point, but she wasn't certain whether they would be part of the next coronavirus relief bill or part of a December tax package.

Direct payments are needed because the coronavirus has frozen the tax equity market and no deals are being completed right now, said Brad Crabtree, vice president of carbon management for the Great Plains Institute and director of the Carbon Capture Coalition.

"It's not clear who will have tax bills to offset and whether there will be any investors," he said. "The direct pay option would allow carbon capture projects that are in the pipeline to continue to move forward."

Crabtree said although energy tax provisions were discussed as part of the CARES Act but ultimately left out, he has been meeting with House and Senate staff working to draft bipartisan tax legislation for the fourth coronavirus bill.

"We do anticipate that there will be energy provisions," he said.

Brian Johnson, a principal at the Vogel Group, said energy sector-specific injections of capital, through production tax credits, investment tax credits, general business credits or deductions, "could allow businesses to retain and create jobs, or inject capital they otherwise didn't have into the marketplace."

He added, "This type of 'stimulus spending' isn't new, and certainly pairs well with infrastructure."

Craft beverage brewers are looking for Congress to make an existing excise tax credit permanent as part of the next virus relief bill, thus providing small businesses with more certainty that they can remain open when the crisis is over, said Bob Pease, president and CEO of the Brewers Association.

He noted that the CARES Act did include tax provisions that help smaller breweries, such as providing the employees retention tax credit to keep workers on staff, and the delay in payroll tax payments, which will help cash flow during the crisis.

Congressional negotiations over the fourth virus relief bill have already become controversial, with Democrats suggesting they want to repeal the cap on state and local tax deductions. But that hasn't slowed efforts to get the tax extenders on the agenda for quick action.

"Tax extenders and December may go together like spaghetti and meatballs," said Johnson, formerly the head tax lobbyist for the American Petroleum Institute. "However if that was ever going to change, the time could be now." 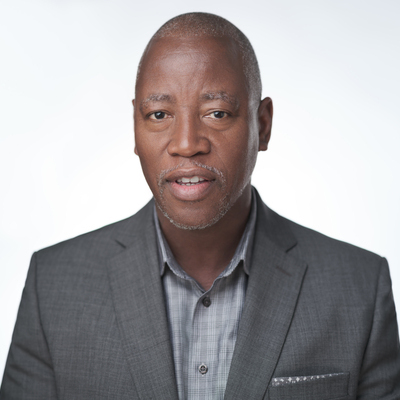