The White House said Thursday that it would veto a $3 trillion virus relief package offered by House Democrats to boost state and local government funding and provide more cash payments to families struggling with the novel coronavirus pandemic. 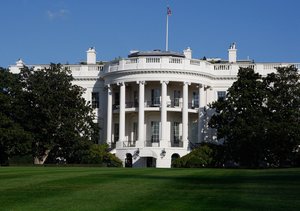 The veto threat by the administration of President Donald Trump was issued by the Office of Management and Budget against the Health and Economic Recovery Omnibus Emergency Solutions Act, or the HEROES Act. Democrats were not addressing the nation's public health and economic problems from COVID-19, the respiratory disease caused by the coronavirus, the OMB said.

Democrats are more interested in delivering on "longstanding partisan and ideological wish lists than with enhancing the ability of our nation to deal with the public health and economic challenges we face," the statement said.

's cap on state and local tax deductions. It also criticizes Democrats for proposing to partially roll back a provision in the Coronavirus Aid, Relief and Economic Security Act

House Appropriations Committee Chairwoman Nita Lowey, D-N.Y., responded to the veto threat by noting that Senate GOP lawmakers expressed no interest in working with Democrats on the latest virus bill. After the House bill passes, lawmakers from both political parties will have the opportunity to work on a bipartisan effort to address the crisis, she said.

The House plans to vote on the legislation Friday, and Democrats proposed dozens of changes to the bill Thursday, including an expansion of an employer tax credit to domestic workers and restrictions on the Paycheck Protection Program.

In a letter to House members, Speaker Nancy Pelosi, D-Calif., said the HEROES Act delivers "the strong, urgent response" to the pandemic. The crisis demands "funding a science-based path to reopening the economy with testing, tracing and treatment, honoring our heroes with robust funding for state, local, tribal and territorial entities and hazard pay and putting more money in the pockets of workers and families," Pelosi said.

The HEROES Act provides almost $1 trillion in funding to state and local governments, with Democratic priorities that include hazard pay for essential workers, more direct relief payments, protections for some unauthorized immigrants and some student loan forgiveness.

On Thursday, the House Rules Committee was expected to approve a manager's amendment offered by Lowey that would provide that employers of domestic workers are eligible for the employee retention tax credit as long as the workers aren't engaged in other trades or business, according to a Democratic summary.

Under the HEROES Act, Democrats also want to make the credit worth 80% of qualified wages up to $15,000 per calendar quarter and up to $45,000 for the calendar year. The tax credit was established under the CARES Act and is designed to encourage companies to keep paying salaries and providing health insurance benefits in hopes that normal business operations can resume quickly once the crisis ends.

Under current law, employers who suspended operations and lost revenue because of the coronavirus are eligible for the tax credit to pay each retained worker a maximum of $5,000 between March 12 and Jan. 1, 2021. The current tax credit is equal to 50% of up to $10,000 in qualified wages for all calendar quarters.

Ways and Means Committee ranking member Kevin Brady, R-Texas, said Wednesday that he was open to making changes to the credit, which Republicans had a hand in drafting.

Brady couldn't immediately be reached for comments on the proposed changes.

The Democrats proposed other changes to the HEROES Act, such as prohibiting assistance under the CARES Act's Paycheck Protection Program for lobbyists' salaries and loans to tax-exempt organizations that are involved in election and campaign activities.