Virtual Tax Court Session Off To A Buffering Start 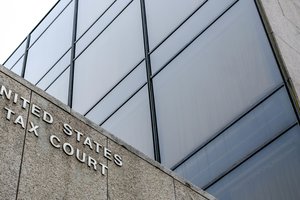 The Tax Court said earlier this year that its fall trial calendar session would be held remotely because of the novel coronavirus pandemic. (iStock)

Chief Judge Maurice B. Foley was able to address each of the docketed cases scheduled from Los Angeles in less than three hours, despite the intermittent technical difficulties. Detroit, the other city holding its regular case calendar on Monday, conducted a session lasting about 15 minutes. The virtual sessions were in response to the novel coronavirus pandemic.

Many of the individuals who brought their cases before the court were self-represented, and so Judge Foley directed them to the services offered by low-income tax clinics and encouraged them to reach agreements with the Internal Revenue Service without necessarily pursuing litigation.

"I want to emphasize that this is a substantiation case," Judge Foley said to one such petitioner. "As these types of cases are routinely settled, there's no need for court intervention most of the time."

The judge added that the petitioner should be able to present her documentation to the IRS, which would go a long way toward a resolution.

The Tax Court announced earlier this year it would host remote proceedings during its fall trial calendar session because of the pandemic.

Monday's sessions were conducted with the video conferencing software Zoomgov, which does not require a personal Zoom account and is free of charge. The remainder of this season's sessions will also be hosted on that platform.

The public and members of the media were able to observe the proceedings via live YouTube audio feeds, which were not archived on the site and were not made available after the sessions ended. The feeds were subject to occasional bouts of lagging.

Participants could access the trials by using a computer or tablet's audio and video feed, or by dialing in by phone.

The court previously canceled trial sessions for March and April because of COVID-19, the respiratory disease caused by the virus. The court then closed its building in Washington, D.C., but still allowed people to file petitions and other documents to abide by statutory deadlines. Mail sent to the building is being held until the court reopens.

For his part, Michael Desmond, chief counsel for the IRS, said in June that the court might want to consider permanently making the change to a virtual platform in order to reduce the burden on petitioners. Desmond said the virtual sessions would mean that working people would not be burdened with commuting to courthouses during the week, thus providing them more opportunity to participate in the proceedings.