IRS Pushes Back Tax Deadlines For Individuals To May 17

The IRS said Wednesday it will push back the tax return filing and payment deadlines for individuals to May 17 from April 15 after being pressured for a delay because of the pandemic and the new $1.9 trillion relief law. 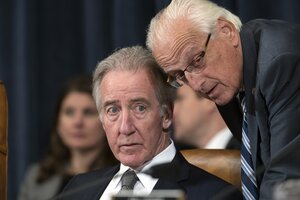 The Internal Revenue Service and U.S. Department of the Treasury delayed the deadlines for individuals' 2020 tax returns and said they will issue guidance on the change in the upcoming days.

"The IRS wants to continue to do everything possible to help taxpayers navigate the unusual circumstances related to the pandemic," IRS Commissioner Chuck Rettig said in a statement. "Even with the new deadline, we urge taxpayers to consider filing as soon as possible, especially those who are owed refunds."

Individuals can delay paying tax due on April 15 until May 17, and the postponement applies to those who pay self-employment tax, the IRS said. Penalties and interest will start to accrue on unpaid balances as of May 17, the agency said.

Those who need more time beyond May 17 can still request an extension until Oct. 15 to file tax returns on Form 4868, but the extension does not apply to tax payments, the IRS said. The extension also doesn't apply to estimated tax payments that are due on April 15, 2021.

The deadline delay applies only to federal income tax returns, the IRS said, and returns still have to be filed on time in 42 states and the District of Columbia.

"State filing and payment deadlines vary and are not always the same as the federal filing deadline," the government said. "The IRS urges taxpayers to check with their state agencies for those details."

The American Institute of Certified Public Accountants, which had requested that the deadlines be pushed back, said the decision not to postpone the due date for estimated tax payments would mean that millions of small business owners who owe estimated taxes, as well as trusts and corporations, would not benefit from the relief.

"While we appreciate the IRS' recognition that a filing deadline postponement is indeed necessary, the announcement is far too selective in who is receiving relief," AICPA president and CEO Barry Melancon said in a statement.

The one-month extension was commended by House Ways and Means Committee Chairman Richard Neal, D-Mass., and Oversight Subcommittee Chairman Bill Pascrell Jr., D-N.J. They said the delay was needed to give the public and practitioners more time to file tax returns due to hardships caused by the coronavirus pandemic and tax changes in the recently passed pandemic relief legislation.

"This extension is absolutely necessary to give Americans some needed flexibility in a time of unprecedented crisis," Neal and Pascrell said in a statement.

Senate Finance Committee Chair Ron Wyden, D-Ore., said in a statement that he also supports the extension because the tax filing season has been especially challenging for small tax return preparers and low-income individuals as they navigate the pandemic.

In January, Rettig said there were no plans to push back the tax filing and payment deadlines beyond April 15 despite multiple requests by lawmakers and industry groups.

Then, in February, the AICPA asked the agency to make a decision by March on whether it would extend the tax return filing and payment deadlines. The AICPA recommended a June 15 deadline, saying many tax practitioners were struggling to calculate and make tax payments as well as file their tax returns.

Rettig doubled-down on the IRS' position earlier in March when he said the IRS did not see a need to extend the tax deadline since it would be needlessly confusing. The IRS opened the tax season for 2020 returns on Feb. 12, which was later than the usual start in January due to the need to conduct more programming and test its systems. Rettig is scheduled to testify before Pascrell's subcommittee on Thursday.

A day after Rettig's statement, the AICPA sent another letter to the IRS and Treasury asking to extend the deadline due to the late start of the filing season and the unavailability of many forms for electronic filing.

"It is simply not possible for many taxpayers and their tax advisers to meet their filing and payment obligations that are due on April 15," AICPA said.

A few days after AICPA's second letter, Neal and Pascrell requested the IRS extend the deadline, saying the pandemic "continues to impose titanic strain on the agency and on taxpayers."

On Tuesday, a group of 104 lawmakers signed a letter that also urged the IRS to extend the tax return deadline, saying not only was the start of the tax season delayed but recent legislative changes like the passage of the American Rescue Plan Act

made it necessary to give individuals and businesses more time to respond. Among other things, the new law exempts $10,200 of unemployment compensation from tax for people with adjusted gross incomes below $150,000, the letter said.

Update: This story has been updated with a statement from the IRS and remarks from Sen. Ron Wyden and the AICPA.