Congressional Democrats are preparing a filibuster-proof fiscal 2022 reconciliation bill that could serve as a vehicle to advance President Joe Biden's tax priorities and other elements of his economic recovery plan in tandem with a regular-order, five-year surface transportation reauthorization. 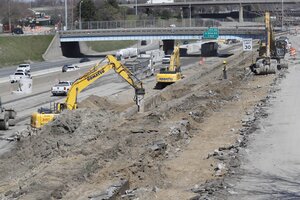 Several senior Democrats said the use of a fiscal 2021 reconciliation bill to push through the $1.9 trillion American Rescue Plan Act

would provide a model for a similar filibuster-proof fiscal 2022 reconciliation bill to carry parts of Biden's emerging Build Back Better economic recovery plan. They said the next reconciliation bill could serve as a catchall vehicle for any contentious tax items jettisoned from the highway bill and other tax priorities for Biden and his party.

Sen. Chris Coons, D-Del., a Biden ally, said he expected the administration and Democratic leaders to try to move a fiscal 2022 reconciliation bill before the session's end.

"I am positive there will be a second reconciliation bill this year. I don't know the timing of it," Coons told Law360.

He said the measure likely would carry parts of Biden's recovery plan and would move on a separate track from the highway bill. A White House spokesman did not reply to a request for comment on the administration's plans for a fiscal 2022 reconciliation bill.

While Democrats explore the idea of another reconciliation bill, they are examining ways to finance the highway bill. Some Democrats have pushed for inflation adjustments in the federal gasoline tax, now 18.4 cents per gallon. Other lawmakers have laid the groundwork for a national pilot program to examine a potential new levy based on vehicle-miles traveled. Such changes would be aimed at curbing cash transfers from the U.S. Department of the Treasury's general fund to fill a projected annual gap of about $18 billion between the Highway Trust Fund's revenue and transportation needs.

Besides infrastructure-related tax proposals, other items on the table for a reconciliation bill include a potential permanent extension of the newly enacted temporary expansion for 2021 of the child tax credit. This would come with offsetting business tax hikes to avert Senate Republican-backed Byrd rule points of order against reconciliation measures that create deficits outside the 10-year budget window.

House Ways and Means Committee Chairman Richard Neal, D-Mass., and Senate Finance Committee Chairman Ron Wyden, D-Ore., have said they are working on an infrastructure tax package to include in the highway bill. But they also have made clear they are waiting for details of Biden's fiscal 2022 budget blueprint and any plans he has for a fiscal 2022 reconciliation bill before laying out plans for moving other tax priorities.

"I am open to different variations," Neal told Law360.

Neal said ideas for tax proposals presented in a members' day hearing on Tuesday would be the next step in trying to build consensus for an infrastructure tax package. He said he wanted to build on a $347 billion tax package the House passed last year as part of the Moving Forward Act, which died in the Senate.

Wyden has said he regards a reconciliation bill as a potential key tool for advancing Democratic priorities. In addition to an infrastructure tax package, he has been examining ideas for domestic manufacturing incentives.

While Wyden and Neal lay groundwork for tax plans, Rep. Peter DeFazio, D-Ore., the House Transportation and Infrastructure Committee chairman, and Sen. Tom Carper, D-Del., the Senate Environment and Public Works Committee chairman, both said they hoped to move the highway bill by the end of May. They have called for completing the legislation before the Sept. 30 expiration of a one-year highway funding patch

. And they have left the door open to advancing contentious tax proposals and spending cuts or upgrades in a reconciliation bill.

"However I can move it forward, that's what I want to do," DeFazio told Law360.

GOP lawmakers said they would continue to oppose reconciliation bills. They voiced concern Democrats were planning to move away from past bipartisan accords to address fallout from COVID-19, the respiratory disease caused by the coronavirus, such as the Consolidated Appropriations Act

enacted in December. And they warned that a second reconciliation bill could reverse parts of the 2017 Tax Cuts and Jobs Act

Sen. Mike Crapo, D-Idaho, ranking member on the Finance Committee, said he was open to negotiating with Democrats on infrastructure-related tax incentives for the highway bill, but he has pushed back against a fiscal 2022 reconciliation bill. Crapo said he was focused on trying to defend the 2017 tax overhaul and "protect it against efforts to unravel it."

Rep. Jodey Arrington, R-Texas, a member of the Ways and Means Committee, said he and other Republicans would emphasize the potential negative economic effects of any tax hikes backed by Democrats in the next reconciliation bill.

"The strategy is to explain to the American people and to the districts of our colleagues what the implications are to an economy that's trying to get back to pre-COVID prosperity," Arrington told Law360.

Facing strong GOP opposition to a fiscal 2022 reconciliation bill, Sen. Tim Kaine, D-Va., a member of the Budget Committee, predicted proponents would try to address the needs and concerns of individual lawmakers to ensure the next reconciliation bill can pass the Senate with the support of all 50 members of the Democratic caucus and a potential tie-breaking vote by Vice President Kamala Harris.

"Everybody will see something in it that they talked about," Kaine told Law360.

Sen. Joe Manchin, D-W.Va., who helped to block a House-passed proposal for a $15 hourly minimum wage, urged Biden and party leaders to seek a bipartisan infrastructure deal before turning to a reconciliation bill.

"Before there's talk of any other reconciliation, there should be a process that you've gone through," Manchin told Law360. "If there's a disagreement, and you think it's important, then you can make a determination."