COVID-19 Likely To Slow But Not Stop Global Minimum Tax

The Organization for Economic Cooperation and Development's proposed global minimum tax rules require cross-border coordination to work, and while the financial strain of the coronavirus pandemic may delay international talks, it also could ultimately push cash-strapped countries toward agreement. 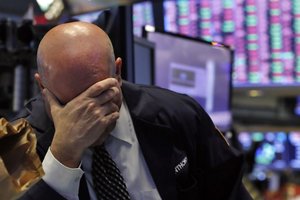 Since economies have stalled over the coronavirus pandemic and businesses need liquidity to survive for the moment, countries may hesitate to start a global minimum levy. However, some specialists say that could change once the pandemic has passed and some industries have profited while most suffered. (AP)

The OECD's rules would require nearly global collaboration to prevent corporate tax avoidance, and the likelihood of international implementation was unclear even before governments around the world struggled to contain the global spread of the virus, which causes the respiratory disease COVID-19. Now, at a time when economies have sputtered to a halt and businesses need liquidity, countries may feel especially hesitant to carry out a global minimum levy that would reverse the decades-long trend of reducing corporate taxation.

However, while the immediate economic crisis may keep countries focused on propping up businesses, some specialists say the long-term impact of the pandemic could encourage governments to seek more corporate revenue, including that through the OECD's proposed measures.

"This pandemic will end, and when it ends, we're going to have even more debt in all these major countries," said Kimberly Clausing, a professor of economics at Reed College. "At some point we're going to have to get serious about taxing something."

The OECD's proposed global minimum tax rules, released in November, make up the second pillar of the Paris-based organization's project to overhaul the international tax system. The first pillar involves a proposal that would look beyond physical presence to determine a country's right to tax corporate income. Combined, the two pillars are estimated to bring in $100 billion globally.

But as OECD officials have cautioned, this number is just an estimate. For the second pillar to work as intended, countries around the world would need to adopt the proposal's top-up tax. Under this measure, companies paying less than the minimum rate in a jurisdiction would pay the difference in their home countries.

If a country doesn't adopt the top-up tax rules, multinational corporations could be motivated to reorganize, according to Michael Devereux, director of the Oxford University Center for Business Taxation.

For example, the U.K. government could choose not to adopt the second pillar. If the country that's home to the immediate parent company has the taxing rights under these new rules, then a Danish corporation could avoid Denmark's minimum tax by placing a subsidiary in the U.K., he said.

Devereux noted that although there will likely be complex rules to prevent this type of reorganization, "the real test in the end will be: How many countries are going to actually introduce Pillar Two?"

He added that if some countries don't enact this measure, then "you have to start worrying about looking through ownership structures … and that will get pretty complicated."

The OECD has proposed anti-avoidance measures as part of the second pillar, including an undertaxed payments rule that would allow a country to deny deductions or apply a withholding tax for payments to related parties that aren't subject to the minimum tax rate.

This measure could catch payments involving tax havens, but it might not stop companies from relocating to holding locations that haven't adopted Pillar Two, according to Joachim Englisch, a tax professor at the University of Münster in Germany.

Unlike tax havens, holding locations — such as Ireland, Luxembourg and Singapore — have the industrial base for research and production, he said. Companies headquartered in these locations could sell their final products to unrelated parties through transactions that might not be covered by international minimum tax rules, according to Englisch.

It would therefore be necessary for at least a majority of relevant holding locations to adopt Pillar Two, he said.

Englisch added, "If there is too large of what I would call 'a coalition of the unwilling,' then things might crumble apart."

But if a U.S. company tries to convert into an Ireland-parented one, for example, then rules against corporate inversions could come into play, Reed College's Clausing said.

"If countries take adequate anti-inversion measures — which are actually not that hard to do, if you have some political will — you can define the headquarters in a country that's pretty hard to manipulate for tax purposes," she said.

Measures aimed at restricting corporate inversions, along with other anti-avoidance rules, may end up playing a role if enough countries lack the incentive to adopt Pillar Two. A look at corporate tax rates over the past two decades suggests this motivation may not be there.

A study published in December by the conservative-leaning Tax Foundation found that of 138 jurisdictions around the world, only six increased their corporate income tax rates between 2000 and 2019. The study noted that 19 countries hadn't changed their rates and 113 had decreased them.

Pillar Two would be moving in the opposite direction of tax competition, according to Oxford's Devereux. Even before the COVID-19 crisis, countries wouldn't have had an incentive to adopt the measure and instead would have encouraged businesses to relocate within their borders, he said.

"It's probably even more likely post-crisis because economies are going to be very badly hit," Devereux said. "We need all the business we can get, so it's probably not a good time to be suggesting we increase tax rates on businesses."

Business groups have expressed a similar sentiment. Late last month, the U.S. Council for International Business and Germany's BDI Group separately called for the OECD to delay its efforts to overhaul corporate tax rules because of the economic turmoil caused by the coronavirus pandemic.

A spokesman for the OECD declined to comment for this article. The organization said last month that it has suspended in-person meetings but remains committed to finding an agreement on international tax rules by the end of 2020 despite the pandemic.

Governments may not want to add tax burdens onto businesses at the moment, but some specialists say that could change once the pandemic has passed and some industries have profited while most suffered.

Although many industries have taken a financial hit, internet activity has skyrocketed in recent weeks as households work from home, shop online and tap streaming sites for entertainment. Tech companies are profiting during this crisis, and they're the ones that could be targeted with a minimum tax or a digital services tax, according to Englisch.

"If you can brand it as part of what we do to tax the big tech companies, who not only escape taxation but now are getting a windfall from this crisis, then public pressure might even increase to do something," he said.

Governments may also turn to a global minimum tax as a means to get revenue after the worst of the pandemic has passed.

Although the coronavirus outbreak means that countries don't want to hurt businesses, governments will have to get serious about fiscal changes once the pandemic is over, she said.

"I think having a corporate tax system that's more sturdy in the face of all this international competition is going to continue to be a priority for governments," Clausing said. "I just think it's going be a little hard for them to see that right in the thick of this."