People working in countries other than their usual ones because of the coronavirus pandemic aren't likely to trigger new taxation requirements for employers under global treaty rules, according to guidance issued Friday by the Organization for Economic Cooperation and Development. 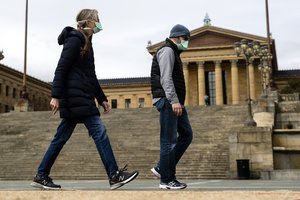 In general, workers who are temporarily based in a different country because of cross-border travel restrictions related to the outbreak probably won't incur new tax obligations under international tax treaty rules, according to the guidance. The OECD noted that travel restrictions are among the unprecedented measures governments have taken in response to the global spread of the virus, which causes the respiratory disease COVID-19.

A company's taxable presence in a jurisdiction — its permanent establishment, or PE — is determined based on the tax treaty between its home country and the jurisdiction in question. Some businesses may be concerned that employees who are stranded in countries where they don't normally work could create a permanent establishment there, but companies probably won't have to worry based on treaty rules, according to the guidance.

"The exceptional and temporary change of the location where employees exercise their employment because of the COVID-19 crisis, such as working from home, should not create new PEs for the employer," according to the OECD.

For employees working from home, the guidance cited the OECD's Model Tax Convention, which is meant for countries to use when they write tax treaties. The OECD Model explains that even though part of a company's business may be conducted out of an employee's home office, "that should not lead to the conclusion that that location is at the disposal of that enterprise."

Teleworking from home because of the COVID-19 crisis wouldn't create a permanent establishment because such activity lacks a sufficient degree of permanency or because the company has no control over that home office, except through that one employee, according to the guidance.

However, the guidance noted that thresholds for tax registration under domestic law may be lower than those under a tax treaty and may therefore trigger corporate income tax filing requirements. Accordingly, the OECD encouraged tax administrations to provide guidance on domestic law threshold requirements in the context of the COVID-19 crisis.

Some countries have already started issuing guidelines. The Australian Taxation Office recently published guidance that said it will "not apply compliance resources" to determine if a company has a permanent establishment in the country if the business has employees there only because of travel restrictions related to the pandemic.

"Despite the complexity of the rules, and their application to a wide range of potentially affected individuals, it is unlikely that the COVID-19 situation will affect the treaty residence position," according to the guidance.

Countries have started issuing guidance on the impact of the COVID-19 crisis on the tax residency statuses of individuals who have been forced to relocate. Last month, the U.K. government relaxed its tax residency rules amid the pandemic. Australia also published guidance stating that people won't be considered residents of the country for tax purposes if they're temporarily there because of COVID-19.