Guidance from the Organization for Economic Cooperation and Development on transfer pricing compliance during the novel coronavirus pandemic will cover four main areas, with allocation of benefits from government aid topping companies' concerns, an OECD official said Friday.

Stewart Brant, the head of the OECD's transfer pricing unit, said guidance is likely by the close of 2020 on how to account for various benefits from government assistance programs — something he said practitioners didn't feel the current transfer pricing guidelines adequately cover. Guidance was also requested on benchmarking comparable results for 2020, allocating losses and the impact of the pandemic on advance pricing agreements, Brant told those attending the American Bar Association Section of Taxation's virtual fall meeting.

"We are optimistic that we will be able to deliver some guidance on these four priority issues by the end of this year," Brant said.

As the OECD works to prepare the guidance, it must balance the need to achieve consensus with companies' desire for quick answers. The organization asked for comments in June on areas where companies need help navigating their transfer pricing obligations because of the effects of the pandemic. The crisis has thrown tax compliance into chaos as entire supply chains have shut down and businesses have closed — or, in some cases, switched to making new products, such as hand sanitizer or face masks, often with government grants.

Brant said the OECD received more than 50 responses to its June questionnaire. There is little appetite among either the business community or OECD delegates to amend the transfer pricing guidelines themselves, and the guidance being developed "is going to be more practical in nature, or more illustrative of how the TPG can be applied to different situations and scenarios," he said.

In preparing the guidance, the OECD is working with delegates from two groups: its transfer pricing working party — referred to as Working Party No. 6 — and the organization's Forum on Tax Administration. The revenue officials belonging to the latter group are also involved with a forum overseeing the organization's mutual agreement procedure, or MAP, process for handling cross-border tax disputes.

The working parties likely will begin meeting at the end of October and throughout November, Brant said. One challenge is that although the guidance won't be at the level of guidelines, there is still a desire for agreement among the 137 countries participating, he said.

"We realize the difficulties of reaching consensus with that many jurisdictions," he said. "There may be some issues where we won't reach consensus. We'll have to figure out what to do, and if jurisdictions could abstain from aspects of it."

Aydin Hayri of Deloitte Tax said one problem companies are encountering with government aid is that several countries — Canada, for one — have said those benefits shouldn't be allocated to other jurisdictions through transfer pricing.

Brant acknowledged the issue, which he said also exists with Australia.

The section on government assistance "is going to be one of the more substantive chapters" of the guidance, he said.

On the issue of finding comparable data for 2020, Brant said using a "potentially longer testing period" that would include years with more normal results might help to ensure that results from 2020 fall within the arm's-length range.

Hayri noted, however, that not all countries allow the use of data from multiple years. The U.S. prefers to use three years of data, but "our neighbors to the north and south" use results from just one year, so it would be helpful if the OECD could recommend using multiple years, he said.

Brant said the OECD "hopefully" could address the issue.

Another technique for analyzing data from 2020 would be to adjust it based on what happened in a previous economic downturn — the financial crisis of 2008 and 2009.

Karen Kirwan, a senior adviser on transfer pricing at the Internal Revenue Service, said modeling based on the last crisis "is a tool in our tool belt" but warned against assuming too much similarity with the current situation.

"We have to be careful, because if we look back at 2008, 2009 and 2010, it was a different period," she said. "We have to recognize those differences, and I don't know that we can say recession equals recession."

On the question of losses, John Hughes, director of the IRS Advance Pricing and Mutual Agreement Program, said the IRS will be looking for consistency from taxpayers. Especially in an advance pricing agreement, he said, the IRS has seen how a taxpayer's structure works under normal circumstances and can now look at "how the data for this year flow through it."

If a taxpayer is a distributor set up to take on very little risk, "it's going to look a little odd to the competent authorities if there are losses" for that entity, he said.

Still, Hughes said, the IRS will sometimes accept companies with losses in a set of comparables.

"We in APMA do not exclude a company from being a comparable solely by virtue of its being a loss company," he said. 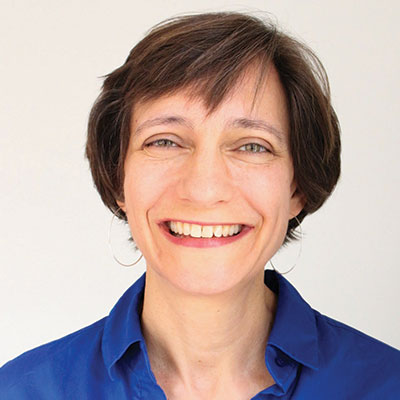