London - The U.K. government unveiled long-awaited economic crime legislation on Monday as it accelerated measures that will target money laundering through London's financial system by Russian oligarchs in response to their country's invasion of Ukraine. 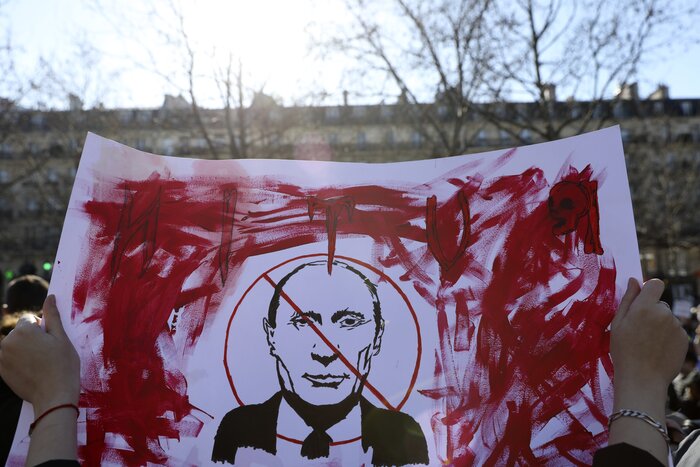 Britain has said there is "no place for dirty money in the U.K." and that people supporting Vladimir Putin will have nowhere to hide their "ill-gotten gains" under measures introduced in Parliament this week. (AP Photo/Adrienne Surprenant)

Prime Minister Boris Johnson said there is "no place for dirty money in the U.K." and that people supporting Russian President Vladimir Putin will have nowhere to hide their "ill-gotten gains" under measures introduced in Parliament this week.

The Economic Crime (Transparency and Enforcement) Bill will introduce a register of overseas entities' that will require anonymous foreign owners of U.K. property to reveal their real identities.

Entities that do not declare their "beneficial owner" will face restrictions on selling property. People who break the rules could face up to five years in prison, the Home Office said.

The government was accused in January of dragging its feet before the legislation was resurrected following the resignation of a minister in the U.K.'s upper lawmaking house.

And a Register of Overseas Entities will apply retrospectively to property bought by overseas owners in the past 20 years in England and Wales and since December 2014 in Scotland. It will be held by Companies House, with support from the U.K.'s Land Registries.

"The new register will shine a light on who owns what in the U.K. so we can flush out the oligarchs, criminals and kleptocrats who think they can use U.K. property to hide their illicitly obtained wealth," Business Secretary Kwasi Kwarteng said.

Reforms of Companies House will form part of further legislation that will include new powers to seize crypto-assets, strengthened anti-money laundering powers and reforms of limited partnerships.

The legislation will also include a commitment to bolster the use of unexplained wealth orders, which have been used to target suspected criminal wealth with mixed results, by protecting law enforcement agencies from incurring substantial legal costs.

HM Treasury will also introduce a more wide-ranging "strict civil liability test" for financial penalties than the current one, which requires companies to have knowledge or a "reasonable cause to suspect" that sanctions are being breached, the government said.

This will make it easier for the Office for Financial Sanctions Implementation, or OFSI, to impose significant fines. A further change will mean that OFSI will be able to publicly name organizations that have breached financial sanctions but have not been fined.

"It's critical that the Office of Financial Sanctions Implementation has all the powers it needs to enforce financial sanctions, so we are tightening the net in this legislation to ensure the economic pain imposed on the targets of the U.K.'s sanction regime hits home," Economic Secretary to the Treasury John Glen said.

Western governments have toughened up economic sanctions against Moscow in response to its invasion of Ukraine, cutting off selected Russian banks from the SWIFT global financial messaging system and blocking the country's central bank from liquidating assets held abroad.