Massachusetts will wind down its controversial rules requiring nonresidents to continue sourcing their wages to the state if they telecommuted from out of state due to the coronavirus pandemic, the state told the U.S. Supreme Court on Tuesday. 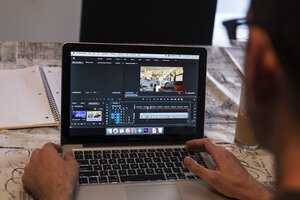 Massachusetts said Tuesday that the end of its state of emergency means the end of a state tax regulation that imposed an income tax on nonresident workers who used to work in the state but subsequently telecommuted, so there is no need for the U.S. Supreme Court to take up New Hampshire's challenge to the rule. (AP Photo/David Goldman)

In a supplemental brief, Massachusetts said that the end of its state of emergency Tuesday will mean the end of a state tax regulation that imposed an income tax on nonresident workers who used to work in the state but subsequently telecommuted from out of state during the pandemic.

The regulation imposes income tax obligations on nonresidents from March 10, 2020, until 90 days after the end of the state of emergency, which falls out on Sept. 13. Massachusetts argued that the rule's expiration supports its argument that the justices should decline to hear a lawsuit New Hampshire filed over the rule.

"The regulation's sunset, while not unexpected in that it is contemplated by the regulation's very terms, underscores the arguments why this dispute fails to rise to the level of grave importance warranting exercise of the court's original jurisdiction," Massachusetts said.

The case began when New Hampshire, which does not impose a state income tax on the wages and salaries of its residents, brought the complaint in October accusing Massachusetts of violating the U.S. Constitution's due process clause and commerce clause. It did so by imposing income tax on workers who aren't setting foot in the state during the public health crisis, according to New Hampshire.

New Hampshire argued that while it doesn't have an income tax, even "the mere possibility of double taxation is forbidden" under the commerce clause. Its complaints, which it said amount to one state harming another, should be heard by the Supreme Court, according to New Hampshire said.

. It taxes an activity with substantial nexus to the taxing state, it is fairly apportioned, it does not discriminate against interstate commerce and it is fairly related to services provided by Massachusetts, the commonwealth told the justices.

The acting U.S. solicitor general told the justices in May that the case did not merit review because original jurisdiction should "be exercised only 'sparingly,'" and the harms New Hampshire complains of do not meet that standard, noting that the regulation was "idiosyncratic and temporary."

Meanwhile, other neighboring states have already begun advising their residents about the end of the sourcing rules. Rhode Island's Division of Taxation said in guidance Tuesday that the end of Massachusetts' rules will not change tax obligations for the Ocean State because the division's withholding regulations for employers with employees working remotely during the pandemic will remain in effect.

A spokesperson for the Massachusetts Attorney General's Office referred questions to the state Department of Revenue.

A spokesperson for the department confirmed when the sourcing regulation would end but declined to comment on the case.

Representatives from New Hampshire did not immediately respond to Law360's requests for comment.