During an August earnings call, Tricon Residential CEO Gary Berman predicted that the single-family rental market could face regulatory pressure at the local level, in the form of rent-control campaigns. But he doubted this pressure would be uniform. 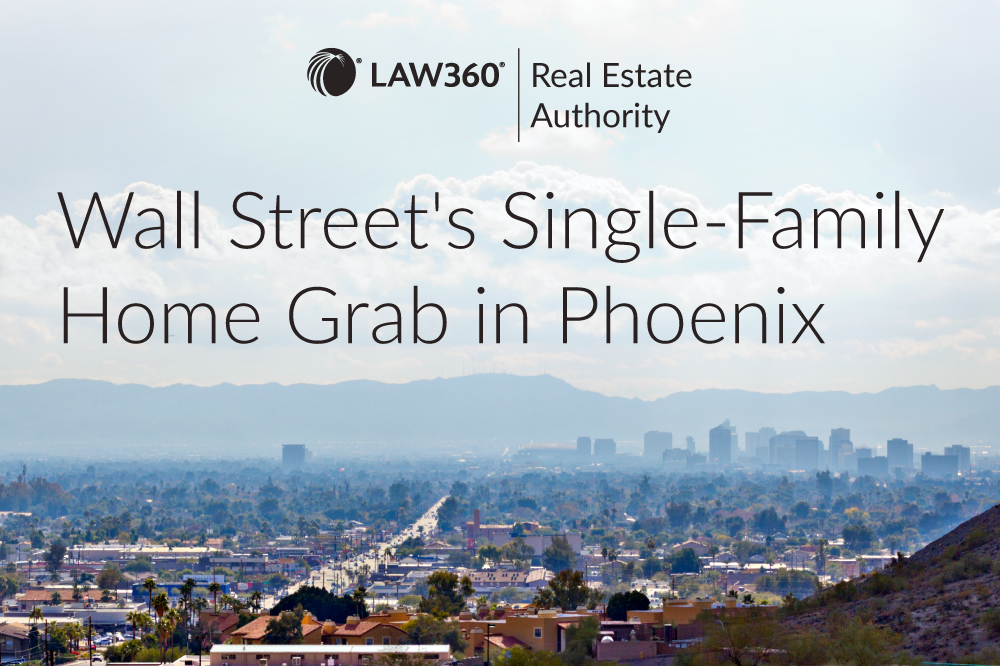 Doubling Down In The Valley Of The Sun

A ground-level look at a Phoenix neighborhood dominated by corporate-owned rental homes.

The nation's largest single-family rental operators are bullish on their industry's future.

How we analyzed the data

"I mean there is obviously some of that in, let's say, California," he said. "The Sun Belt tends to be obviously much more libertarian, much more pro-business."

In the Sun Belt city of Phoenix, where Law360's data shows Tricon owning more than 480 single-family rental homes, that assessment appears to hold true. The Toronto-headquartered company is No. 3 on Law360's top 25 list of corporate owners in the city.

Housing advocates told Law360 that rent control needs to be considered, but that it would be extremely difficult to pass in Arizona. Under state law, local governments are barred from passing their own rent-control measures.

"I did run the rent-control bill last session, and it hit a brick wall and has no political feasibility at the moment," said state Rep. Christian Solorio, a Democrat in office since last year representing parts of Phoenix and Glendale whose term ends in January following an August primary loss.

Amid mounting concern about a shortage of affordable homes to rent or buy in the sprawling city of Phoenix, elected officials, advocates and industry lobbyists agreed that housing is gaining momentum as a political issue.

But for now, lawmakers appear focused on ramping up residential construction. The city said its population increased by 820,000 since 1990, while 220,000 housing units had been added in the same timeframe, according to a 2020 analysis of housing needs.

"Right now having a deficit of inventory allows these homes to sell at astronomical levels," said state Rep. César Chávez, a Democrat representing parts of Phoenix.

Chávez is co-chair of a bipartisan Housing Supply Study Committee, tasked with touring the state and producing a report by year's end with suggestions for how to alleviate the housing shortage. 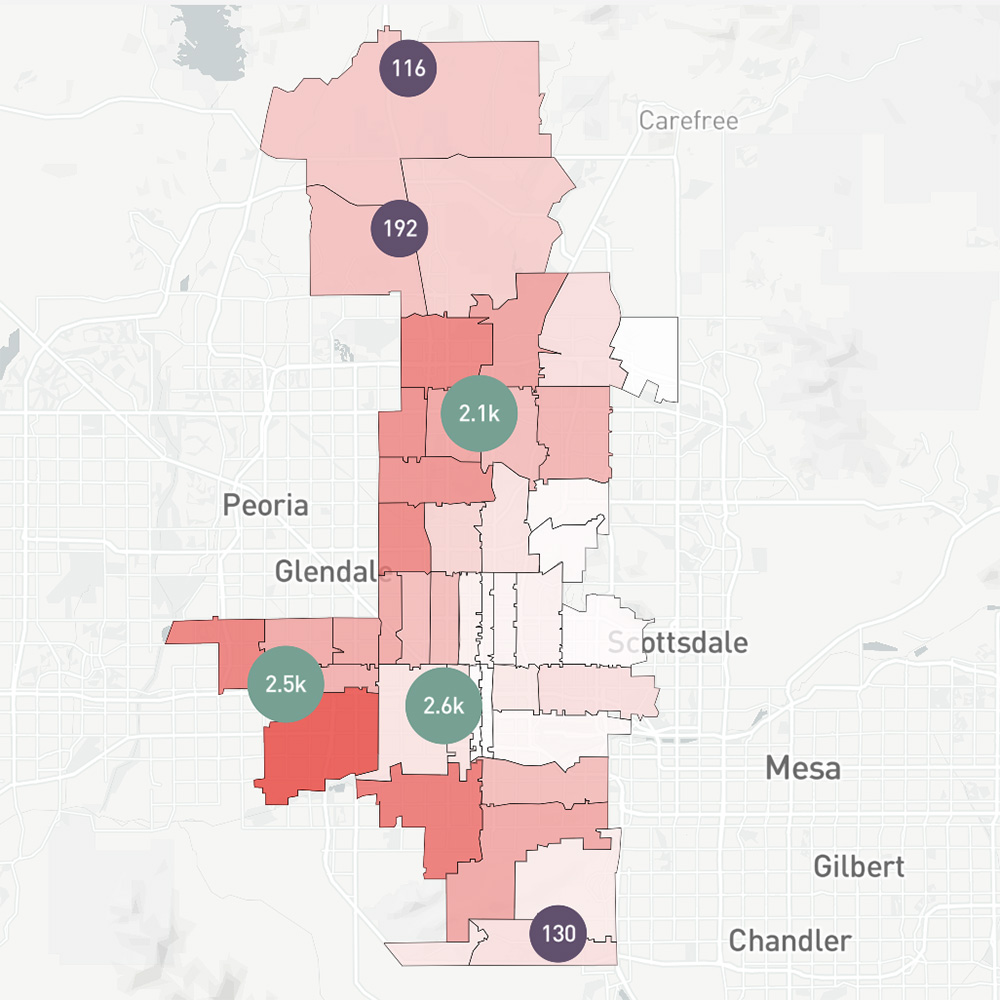 See where corporations currently own homes in Phoenix's neighborhoods.

When it comes to regulating rentals, Chávez said, committee meeting attendees have been primarily concerned with the short-term variety, particularly in tourist destinations like Sedona. By contrast, long-term rentals can benefit those in the community who would have difficulty buying. For someone who has poor credit, "that would be a better outlet to go down," he said.

The Arizona Multihousing Association, an industry lobby with a seat on the study committee, said that adding to the rental supply can be a good thing.

"To the extent that shifting owner-occupied housing to available rentals increases the supply of rental housing, we view that as a positive development," AMA President and CEO Courtney Gilstrap LeVinus said in a written statement.

As for rising rents, LeVinus said, "The fastest way to relieve the upward pressure … is to build more rental homes — end of story."

At the city level, Phoenix Councilmember Debra Stark, one of a nine-member body including the mayor, said she and her colleagues are brainstorming ways to incentivize affordable multifamily development, albeit within state-imposed constraints.

In addition to rent-control limitations, Arizona localities are prohibited from instituting mandatory inclusionary zoning, meaning cities cannot impose affordable housing requirements on developers. Yet they can offer incentives, like extra height or density.

"Because there's not much given to us from the state Legislature, our zoning ordinance may be one of the best tools we have," Stark said.

During the August Tricon earnings call, Berman said homeowners associations seeking to exclude rentals are another possible industry headwind. But in Phoenix, attorneys who litigate for and against HOAs described a combination of indifference and legal barriers to action.

"Here in the valley, it's short-term rentals that get all of the attention," Shaw told Law360. "If you're entering into a lease of six months or more, there's less attention."

Even if an HOA were interested in excluding rentals, attorneys noted that an Arizona Supreme Court decision in March made it difficult for associations to modify their covenants, conditions and restrictions, or CC&Rs, a set of rules governing the property.

In Kalway v. Calabria Ranch HOA LLC, the court found that HOAs must have unanimous consent to add restrictions that were not contemplated in the original CC&R document.

Jonathan A. Dessaules, an attorney who represents homeowners suing HOAs, said he has encountered opposition to rentals, primarily short-term, in the past, but the state high court's decision is tamping it down.

"I would say prior to March of 2022, associations freely would attempt to insert rental restrictions into their documents with less than unanimous approval," he said. "Those are currently being challenged, or will be, because of this Supreme Court case."

Law360 asked a Tricon representative if the company would like to comment on its concerns with HOA rental exclusion efforts, as well as rent control.

As part of a broader written statement, the company said, "While we fully support homeowners associations that work to preserve and enhance their communities and appreciate their partnership in helping to keep our neighborhoods safe, we also believe that every family — whether renting or buying — deserves a high-quality home."

Tricon did not address rent control directly in its statement, but referenced a company lease renewal program that "limits rent increases to prices that are well below market, because we know that so many costs — food, gas and more — are making times more challenging for Americans."

Worries about corporations boxing local families out of homeownership opportunities is a common refrain among housing advocates in Arizona, as well as some politicians and candidates gearing up for the Nov. 8 midterms. 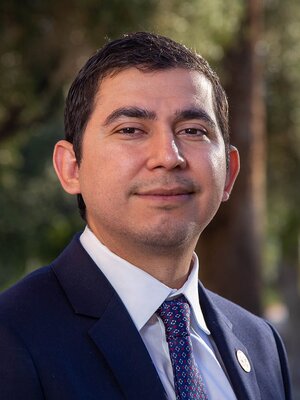 "Purchasers competing against our working families are further exacerbating our issue of preventing our historically disadvantaged communities from building equity through homeownership," Solorio said.

Law360's analysis did not turn up a statistically significant relationship between corporate ownership rates and racial demographics in Phoenix ZIP codes. However, of the five ZIP codes with the highest concentration of corporate-owned single-family rentals, the top three are majority Hispanic.

"When investors come in and take the single-family homes, it's pushing people out of the homeownership market, and that's such an important piece of keeping the market affordable," said Joanna Carr, policy and research director for the Arizona Housing Coalition, which also has a seat on the state Housing Supply Study Committee.

The sentiment isn't only among Democrats. The campaign of Kari Lake, Arizona's Donald Trump-endorsed Republican candidate for governor, said corporate purchases are a primary market force driving up the cost of single-family homes.

"Kari Lake is very concerned that the dream of homeownership is becoming increasingly out of reach for Arizona families and plans to take a careful look at policies to address both total housing stock and market forces currently driving up the cost of housing," the campaign told Law360 in a statement.

"As governor, I will crack down on foreign buyers and large corporations who cause prices to skyrocket, and I will invest in new construction of affordable housing," Hobbs said in a statement.

Housing advocates would also like to see stronger tenant protections in Arizona, which would impact how all landlords operate.

They noted that Arizona is broadly a landlord-friendly state, where evictions can be executed in a matter of weeks and tenants have little recourse to contest a fee or speed along an apartment repair.

But for now, housing production, not regulation, is center stage.

Kelly Griffith, director of the Southwest Center for Economic Integrity in Tucson, said her organization is in the very early stages of a policy campaign to address corporate homeownership in Arizona, likely with a focus on mobile home parks. But it won't speed up until after the Nov. 8 midterm elections.

"As far as implementing a strategy, we're not going to be able to be very good at that until we have a better lay of the political landscape post-election," she said.

Though on his way out of office, Solorio said he is working to secure a Democratic Caucus sponsor for a single-family home right of first refusal bill modeled after legislation in California and Ohio.

The legislation is still taking shape, but would seek to create a buffer period for nonprofits and individuals to match corporate offers on single-family homes, according to Solorio.

David Howard, who lobbies for the single-family rental industry as executive director of the National Rental Home Council, said his group opposes such legislation, which can create inefficiencies in the housing market.

His organization is not active on the ground in Phoenix, Howard said, despite the city's rapid population growth and the accompanying need for rental housing. By contrast, the group has advocated for legislation in Georgia, Florida and Tennessee to prevent HOAs from limiting rentals.

"There's really very little that we have done in the state of Arizona," he said. "It's an incredibly important state and market, so we're always watching things in the state and the local level, but there's not anything we're pushing and not really anything out there we are seriously concerned about."

Sign up for our Real Estate Authority Commercial newsletter