Ohio would offer a broad tax amnesty program to businesses and individuals for the first quarter of next year while the state economy recovers from the novel coronavirus pandemic under a bill the state House of Representatives passed Wednesday. 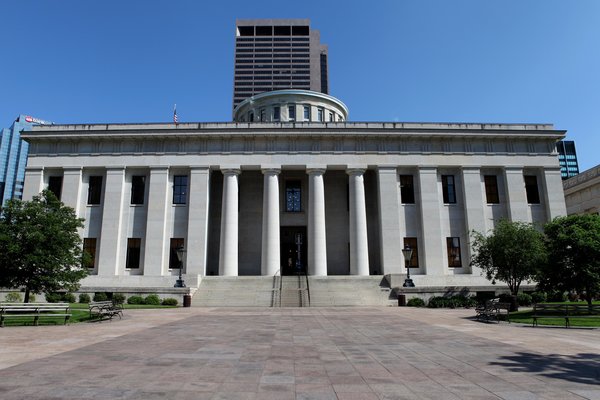 Taxes that are under audit or for which a notice of assessment has been issued would be ineligible for amnesty under a bill approved Wednesday by the Ohio House of Representatives. (Getty Images)

H.B. 609 would require the state tax commissioner to administer an amnesty program from Jan. 1 to March 31, 2021, during which businesses and individuals could pay unreported or underreported state taxes without incurring penalties or interest. The House passed the bill on a 94-0 vote. The measure will next be considered by the state Senate.

The program would encompass the state's corporate activity tax, sales and use taxes, income tax withholding remittances, financial institutions tax, personal income tax, insurance premium tax and taxes and fees on the telecommunications, gambling, tobacco and gas industries, among others. Local taxes would not be included in the program, and taxes that are under audit or for which a notice of assessment has been issued would be ineligible for amnesty.

The bill's primary sponsor, Rep. Thomas West, D-Canton, told members on the House floor that the legislation would benefit the state's coffers and taxpayers while Ohio's economy is nursing back to health after the spread of COVID-19, the respiratory illness caused by the virus.

"The goal of this legislation is twofold: to generate some extra revenue for the state at a time when we are facing steep budget shortfalls and to provide economic relief for individuals and for businesses who are really hurting during this crisis," West said.

As with many states, Ohio's revenue projections have plummeted as businesses have been closed to curb the spread of the virus. Earlier in May, Republican Gov. Mike DeWine announced that tax projections for fiscal year 2020 plunged from $200 million ahead of estimates in February to $777 million below projections by the end of April.

During debate on the bill, Rep. Derek Merrin, R-Monclova, said the tax amnesty program would likely spur taxpayers to pay their back tax obligations by guaranteeing that penalties and interest wouldn't be compounded on top of the delinquencies during the crisis.

"Rather than having a heavy hand on trying to get a few more percentages of interest, we want people to pay the taxes that were originally due," Merrin said.

If the bill is enacted, it will offer the fifth type of tax amnesty program in Ohio since 2001. The state last offered tax amnesty for about a month and half in 2018, generating $14.3 million in tax collections, according to a fiscal note on the legislation.

For the 2018 program, the state collected $7.2 million in sales and use taxes and $3.3 million in corporate activity taxes, which accounted for more than 75% of the program's collections, according to figures the state Department of Taxation provided to Law360 on Tuesday.

Businesses that are struggling to stay afloat amid the pandemic could especially benefit from being provided amnesty for back sales and use tax and income tax withholding remittances, Vince Nardone, a partner at Walter Haverfield LLP, told Law360.

When businesses run into financial issues, Nardone said, it's common for them to pay for company expenses with unremitted sales and use or income withholding taxes while they are "just trying to survive."

While Ohio would forgo any penalties and interest on the back taxes under the program, Nardone said the amnesty should still be a net benefit for the state because it would offer taxpayers a carrot to remit taxes that the state might not have otherwise received.

"It's a good incentive for taxpayers, and a good revenue source for the state government," he said.

In a statement after the vote, West said that the bill presents "a simple but impactful way in which we can provide a much-needed boost to our state's revenues while also providing relief for individual Ohioans and businesses who are hurting greatly."

The bill would earmark most of the amnesty tax collections for the state's budget stabilization fund, or rainy day fund, which currently consists of nearly $2.7 billion.

DeWine cut about $755 million from the fiscal year 2020 budget to account for the shortfall from the virus instead of tapping into the state's reserves. However, he has said Ohio will likely use the rainy day fund to help balance the budget for future fiscal years. Ohio enacted a biennial budget for fiscal years 2020 and 2021 last year.