From changes in educational tax benefits to more generous deductions for business meals, the recently passed COVID-19 relief legislation contained a number of tax provisions beyond the much-sought changes to the treatment of Paycheck Protection Program loan expenses. 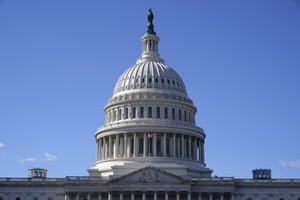 The U.S. House and Senate passed the Consolidated Appropriations Act

on Dec. 21 to provide almost $900 billion in COVID-19 aid to individuals and businesses while also funding governmental agencies. On Dec. 27, President Donald Trump signed the bill, which provides a second round of $600 payments to eligible individuals with income up to $75,000. Married couples earning up to $150,000 are to receive $1,200.

The CAA expanded who could get economic impact payments and retroactively allowed some individuals who had previously been denied EIPs under the Coronavirus Aid, Relief and Economic Security Act

to also get those prior amounts.

When the CARES Act was passed in March, Congress authorized economic impact payments up to $1,200 per adult for those earning less than $99,000, or $198,000 for joint filers, and $500 per child under the age of 17. Under the CARES Act, both spouses, if married filing jointly, had to have valid Social Security numbers to receive any payments unless one was a member of the armed services, said Francine Lipman, professor at the University of Nevada, Las Vegas, William S. Boyd School of Law.

Previously, taxpayers argued they had been discriminated against because they qualified for the EIP, but were denied the benefit because they were married to someone with an Individual Taxpayer Identification Number rather than a Social Security number. Indeed, entire households, including children who are U.S. citizens with SSNs, were denied economic impact payments, she said. This had spurred a lot of litigation in courts, Lipman said.

For example, in Maryland, U.S. citizen children of unauthorized immigrant parents argued in a proposed class action that they had been improperly denied coronavirus relief aid. In Illinois, a judge allowed an unnamed U.S. citizen to proceed in a lawsuit claiming the government improperly denied payments to couples that include immigrant spouses without a Social Security number and a spouse with an SSN.

Due to the changes in the CAA, some of this litigation may now be resolved because if at least one parent has a Social Security number, then that SSN holder and children with SSNs will get the CAA and CARES Act payments, Lipman said.

Even though the CAA is retroactive to the first set of economic impact payments, taxpayers without a valid SSN and ITIN holders still do not qualify for any amount of EIP, she said. What's more, she said, U.S. citizen children with valid SSNs do not receive any amount of EIP, even under the revised provision, if they are children of taxpayers who are ITIN holders and are single, heads of households or married and filing jointly.

So some litigation may not go away. The Maryland case contends that children are still being disadvantaged because if both parents do not have Social Security numbers, their children with SSNs will not receive economic impact payments, she said.

Many tax provisions that have generally been temporary have now become permanent through the passage of the CAA.

Several so-called tax extenders became permanent rather than just receiving a typical one- or two-year extension, said Erica York, an economist for the Tax Foundation. For example, the Tax Cuts and Jobs Act

reduced the excise tax rates for craft beer and wine makers, a provision that was temporarily renewed in December 2019 until the end of 2020.

"One of the biggest [permanent] ones is the lowest excise tax rates for beer, wine and spirits," she said. This decision to make a temporary tax extender permanent was an interesting change because it showed a bipartisan area of support, York said.

Another tax extender that became permanent included the TCJA's reduction of a medical expense deduction floor from 10% of adjusted gross income to 7.5% under Section 213(f)

of the Internal Revenue Code. Other provisions that became permanent include the energy-efficient commercial buildings deduction under Section 179D

, benefits to certain emergency workers under Section 139B

and the railroad track maintenance credit under Section 45G

"So to see these, could show there could be support for other areas of the TCJA to get permanent support," York said.

The CARES Act created the Paycheck Protection Program, which gave $350 billion in forgivable loans to small businesses to encourage them to keep employees on their payrolls. While the Internal Revenue Service had said loan amounts are not considered taxable income when they are forgiven, Notice 2020-32

further clarified that no deductions can be taken for expenses paid.

Organizations such as the National Restaurant Association urged lawmakers in a letter to make the policy change to allow expenses paid through PPP loans to be deductible, highlighting mass business closures stemming from the pandemic.

Luckily, the CAA retroactively changed the CARES Act to allow such expenses to be fully deductible, according to Bob McGrath, a director at accounting firm BPM LLP.

Now, under the CAA, PPP loan recipients get a double dip because a business not only gets a deduction for those expenses but also does not have taxable income when that loan is forgiven, he said.

On Wednesday, the IRS responded to the legislative change in the CAA by issuing an updated revenue ruling that supersedes Notice 2020-32 and said the PPP expenses are now deductible.

While it is helpful to businesses to be able to deduct the expenses related to the PPP loans, there is a wrinkle when it comes to whether or not the costs are deductible at a state level. About half of the states follow federal rules, while the other states don't, McGrath said. Some states apply static conformity, which means conforming to the IRC as of a specific date, and other states only conform selectively.

Roughly half the states, including California, don't automatically conform to this new provision, he said.

"So we think those expenses are probably not deductible for California and potentially for a number of other states," McGrath said.

This disparity over the expenses could create confusion because the costs could be deductible at the federal level, but may not be deductible on the state level, McGrath said.

Another wrinkle is how the expenses affect basis calculation in partnerships, S corporations and limited liability companies, he said. It is possible that certain basis limitations might limit flow-through business owners from realizing the full tax benefits of being able to deduct those PPP expenses in 2020.

Section 222 allows for deduction of up to $4,000 in qualified higher education tuition and fees, but Lipman told Law360 that this is a strange provision of the tax code because it's an above-the-line deduction. Most higher education students, like law students or medical students, do not have much income, so this Section 222 deduction does not help that many people, she said.

The deduction could help a married couple when one person is working and has an income, while the other person is a student, but there's a problem in the way the statute is drafted due to a phase-out provision, Lipman said. Under the code, $4,000 can be deducted if an individual's income is $65,000 or less, or $130,000 in the case of a joint return, but the deduction amount is reduced to $2,000 for higher incomes and is phased out if income exceeds $80,000 or $160,000 for joint returns.

"I call [Section 222] a really clunky code section, because one more dollar of adjusted gross income, then you lose $2,000 of deduction, [and] that's dumb," she said.

The CAA repeals Section 222, which is good, Lipman said, because few people used to benefit from it. To mitigate the loss of this benefit, however, Congress also increased the phase-out levels for lifetime learning under Section 25A, Lipman said.

Lipman said this is good news because it increases the phase-out limits, but can be frustrating if two law students are in love, since a marriage penalty still exists with this tax benefit.

The CAA included a compromise in which Democrats agreed to allow 100% of business meal expensing in exchange for temporarily altering the earned income tax credit and child tax credit to help low-income families.

of the tax code allowed 100% of meal and entertainment expenses to be deducted. The TCJA, however, limited the deduction to 50% and disqualified business activities considered to be entertainment. This position was reasserted by the IRS in final rules issued in September.

The CAA temporarily increased the deduction of business meals to 100% from 50% for years 2021 and 2022, which essentially created a tax extender for the business meals deduction, York said. The deduction is still limited to meals and cannot be used for entertainment, and was increased in exchange for certain changes to the EITC under Section 32

and the CTC under Section 22

The EITC and CTC are federal tax credits meant to provide incentives for low-income families to work while helping to lift them out of poverty. The EITC phases out at higher income levels and is refundable, and the CTC is a credit that helps families with the cost of raising children.

In exchange for the temporary increase to Section 67, the CAA temporarily changes the EITC and CTC so that they now both have a lookback provision, which will help families whose income fell in 2020 because they were laid off or had their work hours reduced, York said.

Usually, when income falls, low-income families receive reduced credits under the EITC and CTC, so this lookback period allows an individual or family to use the reported income from 2019 and calculate credits based on that, so they aren't lower, she said. This prevents a double whammy, York said.

"Paired together, that increase in the business meals deduction … was kind of agreed to in pairing with a sort of expansion of the EITC and the CTC," she said. "Republicans wanted the meals deduction, so the Democrats said, all right, you get that, we get the EITC and CTC change, and so that's how those two kind of ended up in the bill. It was kind of a mini-compromise."

Correction: A prior version of this story misstated the name of the legislation and the date it was signed. The errors have been corrected.