Recently proposed rules now allow for opportunity zone funds that operate businesses to change their written plans for the deployment of cash into their operations, which will provide much needed flexibility to make operational adjustments in response to the pandemic. 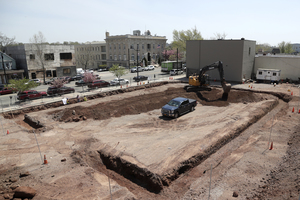 The opportunity zone program, created by the 2017 Tax Cuts and Jobs Act

of the Internal Revenue Code, if a qualified opportunity zone fund operates a business, no more than 5% of the business' assets can be held as cash or other financial property. Final rules from December 2019 provided a working capital safe harbor so qualified opportunity zone businesses could hold more than 5% in cash for up to 31 months if they created and were "substantially consistent" in following a written plan with a schedule of how money would be deployed. An extra 24 months may also be provided if there is a federally declared disaster under IRC Section 165(i)(5)(A)

Last month the Internal Revenue Service issued proposed rules that provided more flexibility for QOZBs. The proposed regulations modified the 2019 final rules to allow businesses to use the 31-month working capital safe harbor for cash holdings and directly clarified that businesses have up to an additional 24 months to deploy cash into projects due to the coronavirus pandemic. But most importantly, the proposed rules also explicitly allow businesses to follow a new or revised written plan and schedule for the deployment of cash.

This flexibility is crucial because until the IRS issued these proposed rules, no prior guidance had directly permitted a QOZB to materially change a written plan, according to Steven Meier, a partner at Seyfarth Shaw LLP. This regulatory silence made it difficult for an opportunity zone business struggling to get financing due to the pandemic, such as those in the hospitality industry, Meier said.

"People were flying blind here," he said. "And if you wanted to change your written plan to accommodate that you couldn't do a hotel deal anymore, you were operating effectively without any guidance that said what you were doing was OK because you weren't substantially consistent with your written plan."

Until the proposed rules were released, businesses did not know if they qualified for the extra two years for the working capital safe harbor since the pandemic was labeled a national emergency in March 2020, rather than a federally declared disaster under Section 165.

The IRS had issued separate proposed regulations in January that attempted to clarify the meaning of disaster-related terms in connection with the federal government's authority to declare emergencies and provide relief. The term "federally declared disaster," according to Section 165, includes both a major disaster and an emergency that the government declares under the Stafford Act, the IRS said.

Now that April's proposed rules explicitly allow up to 24 extra months to delay deploying cash in addition to the current 31-month working capital safe harbor, a previous hole in regulatory guidance has been closed, Meier said. This extra time, plus the additional regulatory blessing to directly permit businesses to alter their written plans, will allow opportunity zone funds to react appropriately to any unexpected planning issues that resulted from the pandemic, he said.

Daniel P. Ryan, a partner at Sullivan & Worcester LLP, said this regulatory flexibility was welcome because many of his opportunity zone clients wanted to alter their plans due to the pandemic but did not know to what extent they could make changes.

"They have their written plan for the use of working capital but because of COVID-19, they may have to pivot to a new project or substantially change," Ryan said, referring to the illness caused by the coronavirus. "There wasn't anything that said you could still change your written plan with the safe harbor, [but] now you can."

For example, one of Ryan's clients had a project that was supposed to go forward in Massachusetts and was pushed back due to the coronavirus, but now the developer has shifted to a new project in New Hampshire. The new project is completely different since it is a mixed-use property instead of residential real property, but it still has the benefit of the 31-month working capital safe harbor plus another 24 months, he said.

Before the proposed rules, Ryan said, clients composed written plans to be as general as possible to provide flexibility. The only previous guidance was that the written plan had to be contemporaneous and money had to be spent consistently with the plan. The proposed rules addressed a previously unanswered question that had come up, which was whether the money could be deployed into a new project if an existing project goes defunct, he said.

Now the IRS is more or less giving opportunity zone business projects a do-over, so companies can revisit their plans without worry to see if adjustments are necessary, Ryan said.

While there is now new flexibility to change written plans, opportunity zone businesses may have to come up with their new plans relatively quickly, said Marc Schultz of Snell & Wilmer LLP. Under April's proposed rules, the revised or new plan must be completed 120 days after the close of the incident, or federal disaster, as defined under Title 44, Section 206.32(f)

of the Code of Federal Regulations.

However, guidance from this year may provide clues as to when that incident end period may fall, Schultz said. In January the IRS released a notice

that extended certain deadlines for opportunity zones. The notice specifically said that as a result of the March 2020 emergency declaration, all businesses that held working capital assets before June 30, 2021, would receive no more than an extra 24 months to spend the assets of the business.

Schultz said June 30 could be the coronavirus incident's end period, which means businesses may have until Oct. 28 to tweak their written plans.

On a positive note, even though the effective date for the proposed rules is when the final regulations are published, taxpayers may rely on proposed regulations for taxable years beginning after Dec. 31, 2019, which means businesses can rely on this guidance now and make changes to their written plans, he said.

"You can rely on it now," Schultz said.