After Trump, Dem Probes May Turn To Companies

With a Democrat in the White House, veterans of congressional investigations expect Democratic leaders on Capitol Hill to shift most oversight to the private sector, probing industries ranging from pharmaceutical companies to banks to manufacturers. 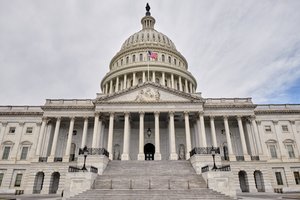 Democratic-led congressional investigations focused mostly on the executive branch while President Donald Trump was in office. But now, as President Joe Biden's actions largely draw cheers from the Democratic majorities in both the House and the Senate, lawmakers are set to turn their attention elsewhere.

"The Democratic control of both Congress and the White House means that committees won't be spending as much time and energy on administration oversight," said Alyssa DaCunha, a WilmerHale partner who has spent a decade working on investigations. "We're telling our private-sector clients to buckle up and get ready for a bumpy ride."

"It's the job of Congress to investigate what's going on in the country, to identify injustice and abuse, and to use investigative powers to develop appropriate remedies that should be enacted into law," said Robert Weissman, president of the advocacy group Public Citizen. "What area of corporate conduct doesn't need oversight?"

Attorneys told Law360 that they expect more probes for high-profile industries including pharmaceuticals, finance and technology. They also forecast a focus on environmental impact, competition and racial equity, which could arise in topics ranging from board diversity to where banks open branches.

Weissman predicted "hearings that are structured around racial justice, [but also] racial justice questions infused into hearings on all kinds of topics." He said other likely topics include corporate tax practices that "exploit or skirt the law," workplace safety, low wages at profitable corporate titans, union organizing and other labor rights.

DaCunha expects more pandemic-related scrutiny. Democrats might probe companies involved with the vaccine development effort called Operation Warp Speed, as well as emergency use authorizations and the halting distribution of the shots, although investigations into the latter two may focus more on governmental actions.

Nursing homes and other health care facilities could see investigations of their medical response, attorneys said. Drug pricing and surprise billing could see continued attention, including the role of private equity firms that own medical practices.

Businesses should anticipate inquiries if they accepted government money, from airline support to Federal Reserve backing and forgivable loans through the Paycheck Protection Program, which recently reopened for new applicants and a second round for smaller recipients. Companies should expect more scrutiny if they lay off workers, boost executive pay or raise prices for consumers, lawyers said.

Robert K. Kelner, a Covington & Burling LLP partner who leads the firm's congressional investigations practice, drew a parallel to 2009, when Democrats reclaimed the White House and kept control of Congress. Lawmakers investigated the roots of the financial crisis and probed companies that accepted taxpayer help, including through the Troubled Asset Relief Program that purchased struggling corporations' assets and stock. Some investigations lasted a decade.

Michael J. Bell, a Hogan Lovells partner who was previously a GOP Senate staffer, said there are still "members of Congress looking to make examples out of some companies they think inappropriately took advantage of some of the CARES Act programs" in the $2 trillion relief measure that became law in March.

He also said lawmakers often use investigations to justify future legislation or to prod industry to make changes that Congress won't impose through statute. That might mean a close look at the environmental impact of energy companies as well as manufacturers.

Democrats' legislative agenda could limit the resources for investigations as the party enjoys unified control of government for the first time since 2011.

When Congress does investigate industry, the attorneys said corporate leaders are often surprised that congressional investigations don't necessarily recognize attorney-client privilege or trade-secret confidentiality, although the exact boundaries are murky.

"The same protections that would exist in a courtroom don't necessarily exist in a committee hearing room," said Bell, who co-wrote a recent Law360 guest column on preparing for investigations. "That can be very disconcerting to a CEO or a general counsel."

Negotiations with congressional staff can often preserve privileges, although the prospect of disclosure can add pressure, Kelner said. Many committee chairs can easily get subpoenas authorized with tight turnaround times. Information revealed by Congress often features in separate civil litigation.

The lawyers all urged companies to prepare in advance for a process that can move much faster than civil litigation, grab public attention and dramatically affect stock prices.

"Congressional investigations are a 'gray swan' event. They're not frequent, really, for any company. But if you're in a disfavored industry, it's also not quite a rare 'black swan' event," Kelner said. "When they do hit, they hit with great suddenness and ferocity."

He characterized congressional investigations as "eight parts political theater and two parts substance." Weissman, the proponent of increased scrutiny, said there is little question that "deep investigative work in Congress is not the same as it was three or four decades ago."

Kelner said Senate investigations tend to dive deeper, but Bell predicted the upper chamber will move slowly this year. Democrats are just setting up their agenda and hiring more staff after ending their six years in the minority thanks to a pair of wins in Georgia. Senators' attention will be occupied by Biden's nominees and  Trump's second impeachment trial.

DaCunha said she has been telling clients to prepare now while congressional committees organize their efforts.

"These issues move fast, and they're driven by what's in the news cycle, many times. It's become much harder to predict," she said. "Take stock of your issues and what you want your story to be."