A narrow House vote on Wednesday sent a $1.9 trillion pandemic relief package to President Joe Biden's desk, setting the stage to enact the sweeping Democratic bill that will touch everything from stimulus checks and unemployment insurance to union pensions and internet access. 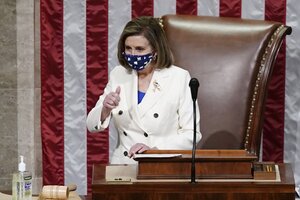