The European Commission's unsuccessful case against tax breaks Ireland gave Apple highlights the growing unrest among governments over what they perceive as an outdated international tax system, and the fraught global politics surrounding an attempted overhaul. 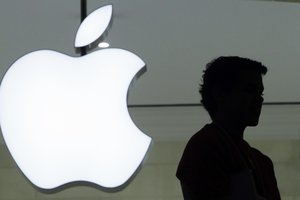 Apple's victory last week in the EU's General Court underscored an issue that the OECD has tried to tackle on a global level: a longstanding regime that bases corporate income tax on physical presence. (AP)

Last week, the European Union's General Court overturned the commission's landmark 2016 determination that Ireland's tax treatment of Apple constituted a competitive advantage, in the process nullifying the order that the tech giant repay Ireland €13 billion ($15.1 billion). Specialists say the commission's state aid investigations are in part a response to the same issue the Organization for Economic Cooperation and Development is trying to tackle on a global level: a longstanding regime that taxes corporate income based on physical presence.

The OECD has acknowledged countries' dissatisfaction with the current system, citing multinational companies' "unparalleled reliance on intangibles." Part of the organization's proposed overhaul involves ensuring that no untaxed income is left on the table, a measure that's a "fiscal fail-safe," according to Ruth Mason, a tax professor at the University of Virginia School of Law. But the more important issue, and the one that will be difficult to resolve, is how to divide taxable income among countries, she said.

"We have had, for 100 years, an agreement about the split, but that's falling apart," she said. "The agreement from the 1920s … says that countries should only be able to tax when companies are physically present in their jurisdiction, and that's not a rule fit for the modern economy."

The dispute in Apple centered on tax deals the company reached with Ireland in 1991 and 2007. As the commission saw it, those deals allowed the company to allocate nearly all its sales profits to so-called head offices that existed only on paper and therefore couldn't have generated earnings.

But according to the General Court's July 15 decision, the commission was incorrect when it ruled that all trading income obtained from sales outside North and South America ought to have been allocated to Apple's Irish branches.

The commission, which is the EU's executive arm, has initiated state aid cases involving other major multinationals — including Starbucks and Italian carmaker Fiat — with mixed results in court. It has pursued these investigations in part because of the EU treaty that requires unanimous agreement among member countries to change tax policy, according to Rasmus Corlin Christensen, a political economist at Copenhagen Business School.

He noted the commission has been signaling its intent to use Article 116 of the EU's governing treaty. The provision would, in the case of a market distortion, allow EU states to vote on tax issues using qualified majority voting rather than unanimity. A qualified majority requires approval by 15 of the EU's 27 countries, encompassing 65% of the union's population.

The idea behind using Article 116 is an attempt "to circumvent the fundamental unanimity constraint and push for more progressive, or at least different, standards for corporate tax rules and conduct," Christensen said.

The EU's unanimity requirement has prevented the enactment of a blocwide digital measure. An attempt to use Article 116, however, could prompt pushback in court.

"Article 116 does not provide the magical escape door," according to Leopoldo Parada, a lecturer on tax law at the University of Leeds.

The Court of Justice of the European Union would "dismiss the argument rapidly," he said.

The commission also tried to find "magical loopholes" with its state aid rules, which weren't created to address the suspicion of tax avoidance, according to Parada. Instead of these investigations, a "more honest" path would be for the commission to reach a consensus with the bloc about the need to remove the unanimity requirement from the EU treaty, he said.

There's a need to convince member countries that the current system is problematic for all of them, "but we cannot start naming and shaming," according to Parada.

A representative of the commission, meanwhile, told Law360 that "state aid enforcement needs to go hand in hand with a change in corporate philosophies and the right legislation to address loopholes and ensure transparency."

Some say the state aid cases have had an indirect effect on policy, including that in the U.S.

The commission's contention that Apple's untaxed income belonged to Ireland was in part a motivator behind the 2017 U.S. tax overhaul, according to Mason at the University of Virginia.

Before the Tax Cuts and Jobs Act

, U.S. multinationals could keep their profits in "stateless subsidiaries" forever — but the overhaul flipped that expectation of indefinite deferral to one in which offshore earnings are either permanently exempted or currently taxed, she said.

Dan Neidle, a partner at Clifford Chance LLP in London, noted that under the TCJA, the previously untaxed offshore income is taxed at a low rate. The debate is now "less about tax avoidance, and more about who should have the right to tax the profits," he said.

The key question over which jurisdictions get to tax profits is playing out in Paris at the OECD, which has proposed a two-part approach to overhauling the international tax system.

Most of the sticking points center on the proposal's first so-called pillar, a measure that would look beyond physical presence to determine a country's right to tax corporate income. The second pillar, which would enact global minimum tax rules, is based on elements of the TCJA and is thus "more aligned with U.S. interests," according to Christensen at Copenhagen Business School.

Under the first pillar, though, rules would reallocate taxing rights from countries like China and the U.S. — which have large tech companies — to market jurisdictions where users are located, like India and some European countries, he said.

"That dynamic makes it difficult because you have large, powerful countries not aligned with each other, but against each other," Christensen said.

Meanwhile, the second pillar looks more favorable for getting an agreement because "the overarching losers" are tax havens, whereas most large and powerful countries would realize benefits, he said.

But while the second pillar appears closer to consensus than the first, it may not change the international tax regime as much.

The minimum tax doesn't entail a real fundamental change to "the flawed transfer pricing system," according to Tove Maria Ryding, a policy and advocacy manager at the European Network on Debt and Development, or Eurodad.

"It proposes to keep the current system, and then add some tools relating to minimum effective tax rates along the lines of the rules that the United States has already introduced," she said. "Therefore, Pillar Two is at best a sticking-plaster solution."

There's also no guarantee that a minimum tax will be enacted globally.

For the measure to work as intended, countries around the world would need to adopt the proposal's top-up tax. Under this provision, companies paying less than the minimum rate in a jurisdiction would pay the difference in their home countries.

"There will be plenty of unsatisfied countries," said Parada at the University of Leeds. "Some will not even implement the rules at all."

As he saw it, there's no incentive for a country to adopt the measure when a neighbor that does not "can be the new happy home for the parent company."

For the OECD's part, the organization is pressing ahead. Its director of tax administration, Pascal Saint-Amans, said Wednesday that the OECD hopes to have worked out the technical details for the overall proposal when it presents blueprints at an October meeting with the Group of 20 finance ministers. The G-20 has also recommitted to concluding negotiations this year

"The fact that we still have the marker of year-end indicates that nobody's postponing, nobody's procrastinating," Saint-Amans said. "There is the recognition that the political situation is not easy, that there are important milestones on the calendar but there is still an appetite to move together."

If jurisdictions can't agree at the OECD, they're likely to pursue a patchwork of unilateral measures.

Some countries, including France and the Czech Republic, have agreed to delay their digital services taxes while the OECD attempts to reach a consensus. The U.S., in return, has threatened potential tariffs, contending that digital-specific taxes discriminate against American companies.

Countries like France "have not waited for the OECD because they realized there was an urgent issue to tax these kinds of digital services," according to Chiara Putaturo, a tax policy adviser at Oxfam.

As for the EU, its tax commissioner, Paolo Gentiloni, has said the bloc will act alone if no global agreement is reached.

"Our systems are too outdated and the pressures are too great to ignore any longer," he said during a March speech. "If needed, I will be ready to propose an EU vision for business taxation in the 21st century very rapidly."

As Ryding at Eurodad saw it, a high risk exists that unilateral actions will continue.

"Especially during times of crisis, many countries will most likely find it difficult to continue to tolerate that they lose billions of dollars every year due to a broken international tax system," she said.

Neidle added, "Sadly, my money is on the messy outcome."