The current crisis of the COVID-19 pandemic calls for both parts of the corporate tax reform plan that nearly 140 jurisdictions are negotiating through the Organization for Economic Cooperation and Development, Pascal Saint-Amans, the group's tax chief, told Law360. 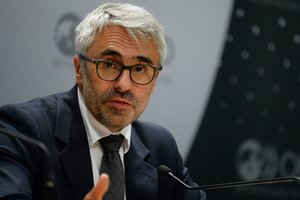