The White House's push to grant more tax deductions for investment faces harsh scrutiny from skeptics who wonder if it will give more aid to the real estate sector than to brick-and-mortar businesses trying to rehire after the COVID-19 shutdown. 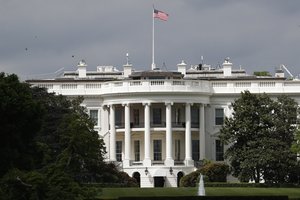 Larry Kudlow, director of the White House's National Economic Council, said ensuring that any and all costs can be immediately expensed and deducted against current-year income could help businesses reboot and could help lure manufacturing back to the U.S. from overseas. Nevertheless, after the 2017 Tax Cuts and Jobs Act

allowed corporations and self-owned businesses to immediately deduct the full cost of most investments, even many advocates of the policy concede that expanding it further might not help the short-term economy.

To expand expensing further would mean either pushing back the expiration of these policies — which won't begin until 2023 —  or applying expensing to buildings, structures and other assets with long, useful lives. In theory, expensing of structures could heighten incentives for companies to create more factories or other facilities. But many tax experts say it's likelier to give a significant tax benefit to real estate developers.

And the benefit could be multiplied through provisions of the recently enacted Coronavirus Aid, Relief and Economic Security Act

that allow partnerships and individuals to carry back 2020 losses and deduct them against nonbusiness income without limitations.

Details about what Republicans and White House officials are considering in a potential new stimulus and relief bill have been vague so far. While President Donald Trump has pushed for a payroll tax cut and full deductibility for business meals, Republicans in Congress have floated the notion of more targeted deductions for costs related to the global outbreak of the novel coronavirus, which causes COVID-19, a respiratory disease.

Kudlow, a former Wall Street analyst and television commentator who served in President Ronald Reagan's Office of Management and Budget, has long advocated for full expensing as a way to promote economic growth. His recent statements have suggested a broader policy.

"A small store, a big company: Any renovations you make, any expenses you incur for COVID … you may restructure your offices, your restaurants," he told reporters outside the White House on May 8.

"Anything you do should be expensed immediately. Immediately," Kudlow said.

The TCJA temporarily allowed companies to immediately expense most investments instead of requiring them to spread the deductions out over time according to a depreciation schedule. Republicans have made it clear they hope to extend or make permanent these policies, which they say will give companies more certainty for planning.

But those extensions would not have an effect until 2023, when the TCJA's provisions begin to expire. For the short term, there are few options to expand expensing aside from granting it to long-term investments such as structures and buildings.

"It would be a windfall for real estate developers," said Mark Mazur, a former official with the U.S. Department of the Treasury, who is the director of the Tax Policy Center, which is jointly run by the Brookings Institution and the Urban Institute, two left-leaning research groups in Washington, D.C.

Not only would taxpayers be able to immediately deduct those purchases, but those deductions could add to 2020 losses, which the CARES Act allows taxpayers to apply to profits from the past five years. For years before 2018, this would allow companies to deduct against a 35% corporate tax rate instead of today's 21%. This provision of CARES, which repealed a limit put in place by the TCJA, has been criticized as too generous to real estate partnerships and other entities whose losses are only on paper.

Matthew Gardner, a senior fellow at the left-leaning Institute on Taxation and Economic Policy, which has denounced immediate expensing provisions in general, also criticized the policy.

"Allowing people to write off investments faster than they wear out, as Kudlow is suggesting, would encourage businesses to chase tax breaks rather than seeking out socially productive investments," he wrote to Law360. "And it would come with a tremendous cost."

The White House news office declined to comment on the issue.

Perhaps counterintuitively, real estate groups aren't necessarily in favor of the idea. When Congress considered full expensing for all investments as it overhauled the tax code in 2017, many real estate organizations expressed concern if not outright opposition.

This was partly because it was connected to proposals to limit or eliminate the deductibility of interest expenses, which would likely reduce real estate investment. But allowing full deductibility of buildings can supercharge the markets and lead to unpredictability and speculation, many argued.

"Structures are long-lived, require constant infusions of capital and typically sell for a gain," Jeffrey DeBoer, president and chief executive of the Real Estate Roundtable, said in testimony to the Senate Finance Committee in September 2017. "The market implications of expensing real estate are risky, untested and unpredictable."

When Congress enhanced the deductibility of structures in 1981, it led to tax-driven overinvestment in real estate, DeBoer said in his testimony.

"Tax-motivated stimulation of real estate construction that is ungrounded in sound economic fundamentals, such as rental income and property appreciation expectations, creates imbalances and instability in real estate markets," he said.

Congress quickly repealed those changes to expensing, and in the 1986 tax overhaul it enacted restrictions on passive losses, which would reduce the benefit from using full expensing today in real estate investment. In theory.

Gonzalez said that as a real estate investor, he could benefit from expensing, but feared it would bring "bad actors" to the field.

"It creates too much confusion and too many unintended consequences," he said. "I don't think when we're dealing with a pandemic like we are, that us buying more buildings because we get a tax break is going to generate jobs and help individuals."

The Tax Foundation, a right-leaning research institution that has pushed for full expensing, estimates a 10-year cost of $412 billion — although because the policy changes when deductions are used, much of that cost would be recouped in later years, the organization said. The foundation also claims that full expensing of structures would ultimately create 569,000 jobs and expand the economy by 3%.

"Removing tax policy barriers can help businesses and individuals invest, work, create jobs and lift the economy during a post-pandemic recovery without requiring lawmakers to create new spending programs," Erica York, an economist with the Tax Foundation, wrote in a May 19 post. "One of the most cost-efficient options available to lawmakers is to improve the cost recovery treatment of structures."

The timing of deductions for expenses remains one of the most debated topics among tax experts, pitting conceptions of how to best measure economic realities against the need to create a tax code that promotes economic growth. Advocates of full expensing say that delaying deductions biases the tax code against new investments and advantages larger, more established companies over startups.

Critics say that the benefits of full expensing are minimal and that requiring depreciation schedules better aligns taxation with economic realities. As basic accounting principles require companies to allocate costs of an asset across its useful life, so too should the tax code.

"From a standpoint of measuring income correctly, expensing goes in the opposite direction," said Mazur, of the Tax Policy Center. "In terms of encouraging investment, it's not a very good tool. There are very few fact patterns in which that tax deduction is going to change an unprofitable factory into a profitable factory."

For publicly held companies, expensing won't affect the amount of tax liability they report to shareholders, which is often a major factor in decision-making. But for smaller companies looking for liquidity, it could be valuable, supporters contend.

"When you're a small or mid-sized business, where accessing capital continues to be an issue, anything you can do to reduce the cost of an investment would be helpful," said Chris Netram, vice president for tax and domestic economic policy for the National Association of Manufacturers, which supports full expensing.

Kyle Pomerleau, a resident fellow at the right-leaning American Enterprise Institute, said expanded expensing would be a more reasonable way to boost the economy than other options in the debate, such as capital gains cuts.

Ideally, structures would be expensed the same way as all other assets, Pomerleau said. But he acknowledged that doing so might present some image challenges for the White House.

"Maybe one of the biggest challenges is that the most well-known representative of the real estate industry is sitting in the Oval Office," he said.