The D.C. Circuit on Thursday tossed an AFL-CIO lawsuit that sought to make the U.S. Department of Labor's workplace safety arm issue an emergency rule requiring employers to protect workers from COVID-19. 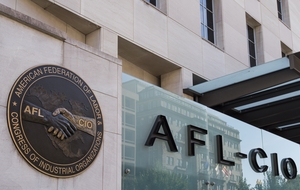