Senate Republicans are preparing for tough bargaining in late July with their Democratic counterparts to hash out new tax incentives for businesses and workers aimed at countering the COVID-19 pandemic's economic effects and spurring growth. 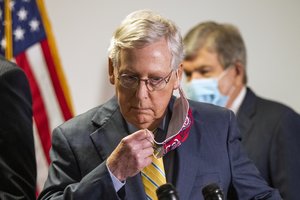