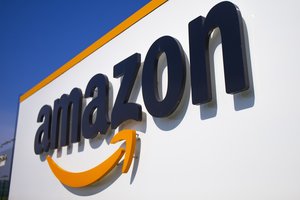 Amazon was hit with a suit from New York's attorney general that claims the e-commerce giant failed to institute proper health and safety measures for employees during the COVID-19 pandemic. (AP Photo/Michel Spingler)


James alleged in the suit, which was filed Tuesday, that throughout the coronavirus pandemic, Amazon has "repeatedly and persistently" failed to institute reasonable and adequate measures to protect its workers from the spread of the virus at a fulfillment center on Staten Island and a distribution center in Queens.

"Amazon has cut corners in complying with the particular requirements that would most jeopardize its sales volume and productivity rates, thereby ensuring outsize profits at an unprecedented rate of growth for the company and its shareholders," James said in the complaint.

James said the company has garnered more than $130 billion in profits from online sales during the pandemic at the expense of workers who have experienced a significant risk of COVID-19 infection while on the job. Those profits represent 35% growth from Amazon's prepandemic earnings and a 10% higher growth rate than in previous years, according to the complaint.

The company alleged in its notice of removal that the Office of the New York Attorney General intended to "usurp federal regulation of workplace safety, convert nonbinding agency guidance into legally binding requirements, and dictate the day-to-day operations and human resources policies" of the two facilities.

The company said James attempted to undermine federal laws and regulations with the suit, adding that the complaint's labor law claims are an attempt to regulate activity that falls under the jurisdiction of the federal Occupational Safety and Health Administration and the National Labor Relations Board. Amazon also said the employees at the two centers are the real parties in interest in the case, not the state of New York.

James alleged that since at least March 2020, Amazon failed to adequately clean and disinfect its facilities when virus-infected workers had been present, failed to notify potential contacts of the infected workers and didn't allow employees to take the necessary time "to engage in hygiene, sanitation, social-distancing, and necessary cleaning practices."

While public health guidance directed employers to close off and ventilate areas that had been visited by anyone confirmed or suspected of having COVID-19 in the past seven days and to wait 24 hours before cleaning them, Amazon did not follow this guidance, James alleged.

The company received written notification of at least 250 employees at the Staten Island facility who had positive COVID-19 tests or diagnoses, more than 90 of whom had been present in the facility within seven days of notifying the company. In more than 80 of those cases, Amazon didn't close any portion of the facility, known as JFK8, even after receiving documentation of the positive case, according to the complaint.

"Even with respect to cases where a worker had been at JFK8 within 24 hours of a positive test, on no occasion did Amazon close JFK8 due to the presence in the facility of infected workers, and occasionally closed portions of JFK8 only in insufficient and limited ways," James said, later adding, "Infected workers were present in the facility within 24 hours of a positive COVID-19 test or diagnosis on more than thirty occasions."

After employees made complaints to management, government agencies and media outlets, the company "took swift retaliatory action to silence workers' complaints," including firing employee Christian Smalls in March and issuing a final written warning to employee Derrick Palmer in April. James said such actions against visible company critics sent a chilling message to other workers.

After Smalls told the company he had contact with another employee who tested positive, a human resources manager received confirmation on the evening of March 27 that video surveillance showed Smalls was in close contact with the worker. But even before receiving that confirmation, the manager and an HR supervisor "were already discussing 'perceived retaliation' of Smalls during the afternoon of March 27," according to the suit.

The next day, another manager informed Smalls that the company was placing him on a mandatory quarantine, but did not explain any details as to what the directive entailed, according to the suit. Two days after that, Smalls attended a protest outside JFK8 to call attention to workers' health and safety concerns, and the company fired him that night, purportedly for violating his quarantine order and social distancing requirements.

James said that before he was fired, Smalls did not receive any coaching or written warnings about violating quarantine or social distancing policies, and the HR supervisor and manager agreed that Smalls' firing did not seem justified, according to the suit.

James said in a statement that Amazon employees were forced to endure unsafe conditions and suffered retaliation for voicing their concerns, while the company and its CEO made billions.

"Since the pandemic began, it is clear that Amazon has valued profit over people and has failed to ensure the health and safety of its workers," James said. "The workers who have powered this country and kept it going during the pandemic are the very workers who continue to be treated the worst."

Amazon filed its own suit Friday in Brooklyn federal court alleging among other things that James does not have the authority to oversee the company's efforts to keep workers safe from the coronavirus and that she can't demand that the company disgorge profits it has made during the pandemic.

"We care deeply about the health and safety of our employees, as demonstrated in our filing last week, and we don't believe the attorney general's filing presents an accurate picture of Amazon's industry-leading response to the pandemic," Amazon spokesperson Kelly Nantel said in a statement Wednesday.

Counsel for JFK8 workers in a separate suit they filed against Amazon, which they appealed to the Second Circuit in November after an order tossing the case, praised James' lawsuit on Wednesday.

"Attorney General James's decision to enforce New York State law through an action against Amazon in the civil justice system is consistent with the facts brought forward by the brave workers behind the Palmer v. Amazon case: over the course of the pandemic, Amazon has illegally placed its hunger for extraordinary profits over the health and safety of its workers," Make the Road New York, Public Justice, Terrell Marshall Law Group, and Towards Justice said.

Stuart Appelbaum — president of the Retail, Wholesale and Department Store Union, which is conducting a unionization drive at an Alabama Amazon facility — said in his own statement that Amazon's failure to protect its workforce "is the same everywhere Amazon operates."

Correction: An earlier version of this story misstated the date that James' lawsuit was filed.

Update: This story has been updated with more details and with comments on the suit.