COVID-19 Hasn't Forced An Exodus Of Women From BigLaw

By Xiumei Dong | February 25, 2021, 11:35 AM EST
Even with the COVID-19 pandemic placing extra burdens on working mothers and other caretakers, the legal industry did not see a wave of female attorneys leaving BigLaw last year, according to legal recruiters and data provided to Law360 Pulse.

A total of 3,880 female attorneys left the top 200 firms in 2020, about 40% of the overall departures last year — a percentage that is consistent with results from the past three years, an analysis by legal industry data company Firm Prospect showed. The finding was corroborated by multiple legal recruiters who said they hadn't seen a rise in lateral activity for women lawyers.

This article is part of Law360's newest offering covering the business of law. Learn more about Law360 Pulse here.

The U.S. economy lost 140,000 jobs in December, and all of them were women's jobs, according to an analysis from the National Women's Law Center. In January, another 275,000 women dropped out of the labor force, accounting for nearly 80% of all unemployed workers over age 20, according to the NWLC.

Unlike the mothers working in other industries, most BigLaw lawyers can afford to pay for additional assistance, such as child care or meal services, one recruiter said. Many recruiters also suggested women lawyers are hanging on until they have a better picture of how their firms weathered the pandemic storm.

"For the most part, the BigLaw firms have done well over the last year," said Suzanne Kane, a managing director at legal recruiting firm Macrae Inc. "So those women partners are doing well, and they have the means, and then the associate women with kids or even without kids, they're using those special bonuses to pay for this extra help and perks."

However, that doesn't mean that these lawyers aren't struggling with work and life balance, Kane said, as young parents still juggle loads of case files and child-caring responsibilities.

I think that's the real concern now is these firms have thrown a lot of money at people, and people are still burning out. 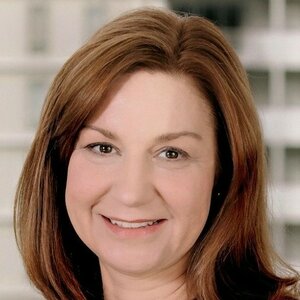 "There's only so much grocery delivery you can get or so much money you can put in the bank before you're going to break," she said. "That's the real concern now, is these firms have thrown a lot of money at people, and people are still burning out."

And compared with partners who have more say in their schedule, the associates, especially those with young children, are more likely to be the first to run out of steam, several recruiters pointed out.

"Just as a general rule and by sheer numbers, more associates than partners have younger kids, and it's the younger kids that cause parents to need to be more hands-on than with the older kids," said Amber Handman of law firm consultancy SeltzerFontaine.

A former Kirkland & Ellis LLP associate who has a toddler decided to quit her BigLaw job last June to take care of her child. In an interview with Law360 Pulse, she said the pandemic was the straw that broke the camel's back.

"I have thought of basically staying one more year, and with the pandemic ... I thought I couldn't do another month," she said.

She says Kirkland offered her the option to work part-time, but that still wasn't the long-term solution that she was looking for as a working mother during the pandemic.

"Going part-time really meant going to 60% or 70% of my annual hours, but it didn't stop me from having working weekends or having a week or a bill for 65 hours," she said. "It's an annual reduction in hours, but It didn't give me any predictability in my schedule or any guarantee of being able to have certain hours of the day off."

The associate is now back to the job market and mostly hunting for in-house opportunities. But Kane said that going in-house does not necessarily mean a better work-life balance.

"In a firm, all your clients like to think that they are the most important person in your life, but they know you have other clients, right?" Kane said. "But when you're in-house, it's one client. You have to answer the phone every time they call."

Instead of leaving BigLaw, Kane and few others said they saw a steady number of women attorneys making lateral moves to other BigLaw firms last year, which is a continuation of a trend seen during the previous two years.

Part of what the pandemic has done is had people reevaluate their entire life, and think about what they want out of life, and what's important to them. 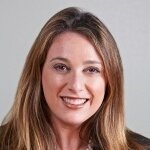 According to Firm Prospects data, the legal industry saw 295 female partner lateral moves between the top 200 firms last year, which was down from 372 in 2019. Meanwhile, lateral associate moves dropped from 1,660 to 1,140 last year.

But for both years, the percentage of female attorney departures among all attorneys has remained about the same, which is around 27% for partners and 45% for the associates. Those percentages are higher than in earlier years.

"I do think it's a lot about the #MeToo movement that started at about that point, and a lot of firms started examining their pay equity. Women started realizing they weren't being paid fairly in their firms, and they started to say, 'enough,'" Kane said. "And they were able to move."

She said some women were willing to take a pay cut to move to firms where they feel better valued and well treated, even if that means going to a less profitable firm.

"Part of what the pandemic has done is had people reevaluate their entire life, and think about what they want out of life, and what's important to them," Handman said. She said she has also been hearing from people looking for work environments that will provide them better work-life balance.

Many firms put lateral hirings on the back burner in 2020 due to the pandemic, but Handman said she expects the movement to pick up in 2021, including women making the moves to BigLaw, in-house and small firms.

Correction: A previous version of this article misstated Suzanne Kane's title. The error has been corrected.

Read more on the latest Delaware legal trends in Lexis