Why Rocket Lawyer's CEO Wants Legal Help To Be Affordable

By Sarah Martinson | Jul 22, 2022, 11:14 AM EDT · Listen to article
Charley Moore, founder and CEO of legal technology company Rocket Lawyer, realized as a kid watching his dad operate a chain of Shell gas stations that the U.S. legal system was too expensive for small businesses and most individuals and families.

Moore told Law360 Pulse in a recent interview that sometimes his dad didn't have access to great legal advice and that affected his business. For example, his dad got the opportunity to take over a large Sears automotive service center in the 1970s, but when the economy went into a recession in the early '80s, the Sears contracts favored the company over his dad, Moore said.

"This is an all too familiar situation for entrepreneurs who enter into negotiations and deals with bigger companies without the same level of legal counsel backing up their analysis and decision-making," he said.

According to Moore, the legal system has the same problem that air travel had before Southwest Airlines introduced lower airfares in 1971 to a market dominated by Pan American Airways. Before Southwest took flight, flying was cost-prohibitive for everyday Americans, much in the same way that hiring a lawyer is cost-prohibitive for most Americans today.

"Big companies [and] wealthy people can afford to use the legal system to their advantage," Moore said. "Whereas for the vast majority of people in small businesses, even what should be the most routine of legal matters becomes cost-prohibitive."

Moore grew up in St. Louis with his sister. When he was 12, he decided that he wanted to join the military like his dad and attend the U.S. Naval Academy like then-President Jimmy Carter, whom he admired.

Moore, who is Black, said his dad told him that joining the U.S. Air Force changed his world and gave him opportunities that he didn't have in segregated Forrest City, Arkansas, which was named after Confederate general and Ku Klux Klan founder Nathan Bedford Forrest.

Moore achieved his childhood dream of attending the Naval Academy in 1985. After he graduated in 1989, he served in the U.S. Navy Reserve for five years and fought in the U.S.-led Gulf War over Iraq's invasion of Kuwait in August 1990.

In 1993, Moore entered the University of California, Berkeley School of Law, and with the internet taking off, he decided he wanted to use his law degree to represent technology startups.

"I think America has the best legal system that's yet been designed, but it's not perfect," Moore said. "Growing up in a family business and in the inner city, you see the imperfections right in front of you, and so I always thought I wanted to be part of the justice system."

During law school, Moore was a summer associate at technology firm Wilson Sonsini Goodrich & Rosati, where he worked on the initial public offering of web services company Netscape.

Moore said that while working for Wilson Sonsini he started to think about how to use the internet to make the law more affordable and more accessible to people, which is what Rocket Lawyer is all about.

After Moore graduated from law school, he joined Venture Law Group in Menlo Park, California, where he represented startups in corporate transactions like stock sales and IPOs.

While Moore was working for Venture Law Group, he started his next venture: founding and running his first company, Onstation Corp., an online customer relationship management provider for the automotive service industry.

Onstation had 1,000 car dealerships as customers when it was sold to The Cobalt Group Inc., an internet services provider for car dealers, according to Moore.

"Rocket Lawyer was started, first and foremost, to democratize access to justice by making the basic tools of justice for most people available at a price they can afford," Moore said. "Once you had a network that everybody was connected to — the internet — you're able to start to bring down [legal costs] by making those tools of justice available on the network."

Rocket Lawyer took off, growing more than 100% year over year during its first five years, according to Moore.

Now the company operates across the globe, including in the U.S., the U.K., France, Spain, the Netherlands and Brazil, has nearly 400 employees and makes more than $100 million in revenue, Moore said. The company's investors include Google Ventures and Vista Credit Partners.

More than 30 million people have a Rocket Lawyer account giving them free access to legal documentation and information for starting a business, lease agreements, wills and divorces, according to Moore.

He said one of Rocket Lawyer's biggest challenges now is hiring enough people to fill positions at the company.

"We're in the tightest labor market in my career," he said, adding that Rocket Lawyer wants to hire 250 to 300 people this year alone.

In April, Rocket Lawyer joined a cohort of legal tech companies that stepped up to help Ukraine after Russia's invasion of the country. The company provided pro bono legal assistance to the Ukraine Defense Fund on forming a nonprofit.

In addition, to show support for Ukraine, the company created a resource page for employers on how to protect workers in Ukraine, and ceased operations in Russia.

As for the future of Rocket Lawyer, Moore wants to work with more employers to offer Rocket Lawyer as an employee benefit and assist legal technology entrepreneurs with building their businesses. According to Moore, 11 million people get Rocket Lawyer as a benefit through their insurer in France.

"We want to help the next generation of legal tech entrepreneurs to build their solutions without having to reinvent the wheel," Moore said. 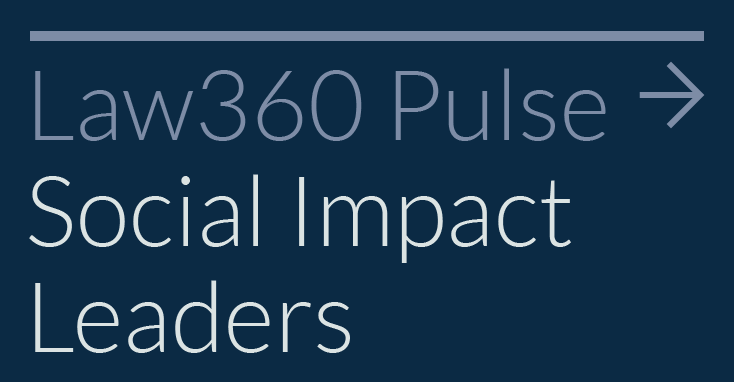 These Firms Are The 2022 Social Impact Leaders