Lawyers On Air: Firms Find Their Voice With Podcasts

By Rachel Rippetoe | Oct 14, 2021, 4:33 PM EDT · Listen to article
Attorneys in major firms across the U.S. have been trying on a different professional hat in the last few years: podcast host.

Fortunately, they don't have to quit their day job. Nearly 40 of the top 100 firms now have podcasts, according to legal marketing company Good2bSocial's 2020 Social Law Firm Index. Audio storytelling can be a singular branding tool for firms looking to build deeper relationships with existing clients, gain new ones and recruit talent. And the pandemic has only made podcasting more appealing, as everyone looks for ways to connect with each other in a virtual environment.

Podcasting can be tricky to execute, and some firms have fared better than others, but the trend is not slowing down. In the last year, firms like Hogan Lovells, Greenberg Traurig LLP and Milbank LLP have launched shows they hope will attract a wide audience.

Other firms like Akin Gump Strauss Hauer & Feld LLP and Steptoe & Johnson LLP have sustained a podcast, and often one or two spinoffs, for years now. And while it might look like the market for law firm podcasts is getting crowded, law firm leaders told Law360 Pulse that the beauty of the platform is that it's broad enough that no two law firm podcasts are exactly alike.

Law360 chatted with three firms hosting different podcasts to find out how it works and what the benefits are. 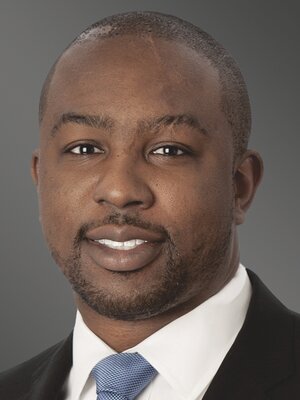 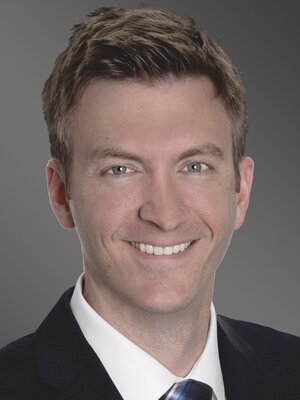 Bykerk said that associate Michael Wertheim, who works with Bykerk and Person in the firm's labor and employment practice, had the idea to make a podcast when the pandemic kept the firm from hosting any in-person continuing legal education workshops or seminars. He also thought it would be a good way to connect with clients.

"We also thought about California and all the labor and employment issues it has," Person said. "What better topic to cover during the pandemic, especially with all the changes that happened locally and on the statewide level?"

The podcast is formatted like talk radio. It's "informal, but also informative," Person and Bykerk said. The two talk casually about various topics related to the workforce, and every episode they invite a guest on.

Sometimes the guests are other Greenberg Traurig attorneys, sometimes they're clients, and sometimes they come from outside the firm entirely. The pair have interviewed Mike Mason, the global head of workplace relations for PayPal, Johanna Kent, head of people and culture at Virgin Orbit, and Brandon Coen, counsel and mediator for California's Department of Fair Employment and Housing.

"We can contact a lot of different clients and prospective clients in our current contacts, but having a conversation with them outside of work, it's a bit more fun to say we have a topic, and we want to talk about something fun and would you be a guest on our podcast?" Person said.

The two hosts knew each other before the podcast started but hadn't worked together much, Bykerk said. Their friendship really blossomed as they co-hosted the show.

"That's been one of the great benefits to the podcast is we've had the opportunity to work together on this and gotten to know each other a lot better," Bykerk said. "Now, we call each other just to talk about all kinds of unrelated things."

Person sardonically replied, "I despise Ryan, actually. We don't get along. It's all for the show."

He and Bykerk both record remotely. They have professional microphones hooked up to their laptops, and they chat with each other and a guest on videoconferencing service Blue Jeans. Bykerk said Wertheim has some audio production chops, but the firm also has resources to help with editing and sound mixing.

"If Philip and I were doing the audio mixing, it would be a disaster," Bykerk said. He usually records in his garage, though he's also gone to some unusual spots, including inside his car while driving near Death Valley and in a barn in west Michigan.

Person and Bykerk say they've gotten good feedback from a lot of clients and prospective clients about the podcast, and attorneys all through the practice group have offered up ideas for podcast episodes.

So far they've released 12 episodes, somewhat sporadically. They said they don't follow a specific schedule; instead, they follow the news and relevant events, as the firm does in putting out client alerts or blog posts.

They say their favorite part about recording the podcast is listening to guests' crazy labor stories. At the end of the episode, they ask the guest to talk about their most bizarre experience with the workforce, and the question has spurred some remarkable answers, Bykerk said.

"Man, we get some funny stories from people," he said. "Joanna (Kent) talked about having to deal with employees complaining about ghost sightings. That kind of stuff, we couldn't make up or script." 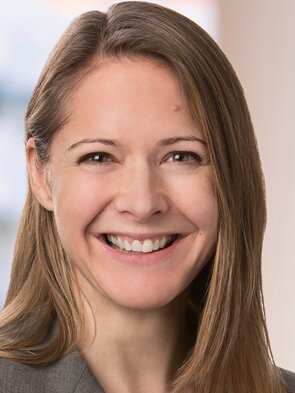 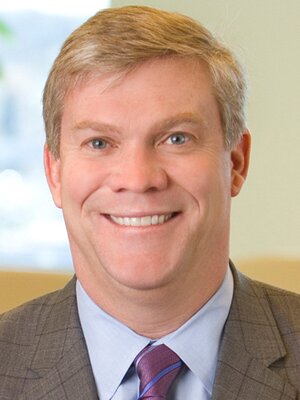 "I'm a little concerned Hollywood's going to steal her to be a voiceover maestro going forward, because she's phenomenal," he said.

Connally said the firm's marketing department had the idea to tell the stories of some of the firms' biggest trial wins in the form of a true-crime podcast.

"There are some other firms that, frankly, may be better known as trial shops that don't do as much trial work, or certainly as much of the important jury trial work, that we do," he said. "We want to be known as a premier trial shop, so I think that's part of what was motivating us, but then once we started telling these stories, the whole project sort of took on a life of its own."

The firm just announced its podcast in September, releasing five episodes that the litigation and marketing teams had been working on since last May, Connally said. Each episode tells the story of a different trial win, with interviews with the lawyers and the clients, all narrated Sarah Koenig-style by Stetson.

Some stories include the reversal of a death row sentence for two Black teenagers in North Carolina, a New York assemblyman's fight to save his reputation that was sullied by a sting operation and a software company who caught one of its clients trying to steal trade secrets.

"We're hoping that these stories really resonate far more broadly to a consumerlike audience," Connally said. "It's not what one would consider a traditional piece of law firm marketing. We're not talking about how great we are, we're telling stories that we're proud to have been a part of."

Connally said the firm can encourage clients to open up about cases in a way they likely wouldn't in other venues.

"They were glad when their story was told, and they were victorious at trial," he said. "And that makes them far more comfortable telling that same story, again, through these podcasts."

The podcast episodes, both in how they are described and marketed in various streaming platforms and how they sound, are designed to put the story of the trial as a center focus and not the firm itself. Connally said this helps give the show a broader reach.

He said the podcast will likely have two audiences: the people who discovered the show through a connection to one of the firm's 1,200 lawyers or 1,000 staff members in the U.S., and the people who just have a general interest in trials and litigation.

"I'm of the generation where I'm not a big podcaster," Connally said. "But I've sent it out to my relatives, and those over 70 and under 30 absolutely loved it. I was shocked. They couldn't wait to listen."

Connally said he's not sure when new episodes of Proof in Trial will come out, but he said he hopes to explore some stories relating to the firm's appellate practice. Would the firm ever consider looking for sponsors for the podcast to make some money off the venture? Connally laughed. 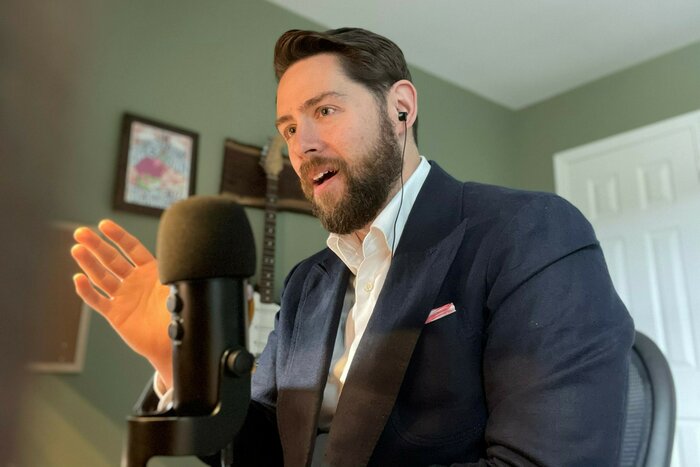 "The whole idea was to provide clients, and others, with a deeper dive into issues that were important to them," Gravit said.

Each episode, Gravit's marketing team will identify a topic and work with a lawyer or a set of lawyers best suited to research and discuss. Over the show's 60 episodes they've covered everything from the ins and outs on vaccine mandates to economic sanctions and U.S. Supreme Court cases.

"We're not just targeting the general counsel, we're targeting the CEOs and the people who are running the companies," she said, "We focus on business issues, not legal issues."

Gravit said the podcast could be a powerful tool for recruitment, particularly of law school students and recent graduates. She also said that lawyers from other firms are likely to tune in to see what the firm is up to.

The firm's three-year history in production gives it a stronger grasp on its podcast's reach, Gravit said. At least one episode saw 1,000 plays, and more than 10,000 people have tuned in or saved an episode since the podcast began.

With the firm's success with its more general show, it is now launching podcasts about specific practice areas that are heating up this year. In April the firm started a health policy focused podcast called OnAir Healthcare, in which hosts Akin Gump senior policy adviser Matthew Hittle and Akin Gump consultant Dr. Mario Ramirez examine the relationship between medical science, health care policy and Washington politics.

She also said they were gearing up for two other podcasts, Tech Speak and Accelerate ESG. The first focuses on issues affecting clients in technology, and the second focuses on environmental, social and corporate governance issues for businesses.

Gravit said she finds the podcast format to be particularly accessible, which is a likely factor in OnAir with Akin Gump's success.