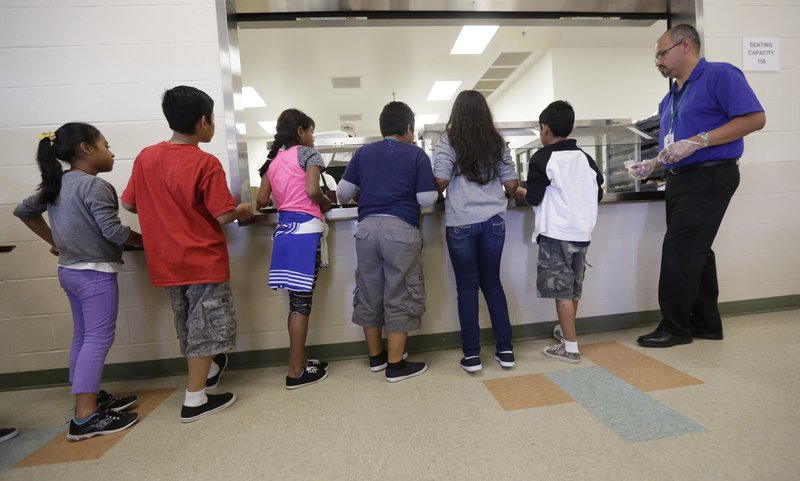 
The Trump administration is pointing to a "humanitarian crisis" at the border and congressional inaction in defending reductions to legal aid and other services for unaccompanied migrant children, but advocates say those programs are too important to cut, and that those youngsters housed in government detention centers are already too vulnerable.

The Office of the Administration of Children and Families, which is under the umbrella of the Department of Health and Human Services and contains the Office of Refugee Resettlement that is directly responsible for the children, told Congress on May 1 that it needed more funding to continue providing services, according to a spokesperson for the agency, and requested an emergency appropriation of $2.88 billion.

Since no additional funds have been provided, the agency has now instructed its personnel to begin scaling back or ending legal services — which includes some direct representation and also funds for programs run by outside groups — as well as education services, recreation activities, and any other operations that are not "directly linked to the safety of human life."

"We have a humanitarian crisis at the border brought on by a broken immigration system that is putting tremendous strain on the Office of Refugee Resettlement and its Unaccompanied Alien Children program," ACF spokeswoman Evelyn Stauffer said in a statement.

Advocates have loudly denounced the plan, saying that the services that HHS would need to cut are crucial for children and should be fully funded.

"It's bad enough that the Trump administration is trying to normalize the warehousing of children," Denise Bell, a researcher at Amnesty International USA, said in a statement. "It's unconscionable that they would so blatantly try to strip them of their rights."

"Locking up children and then denying them legal aid, education, and even playtime is all part of this administration's cruel efforts to dehumanize people who have come to the U.S. seeking safety," Bell said.

Although HHS has stopped providing direct legal representation itself, there are some direct representation cases it is still handling as a holdover and it still funds programs in which outside organizations, such as Kids in Need of Defense, provide representation and coordinate pro bono services for the kids, according to Cory Smith, KIND's vice president of policy advocacy.

There aren't a lot of outside foundations that provide funding to keep those sorts of programs going, meaning cuts to the government grants could leave a significant number of children without lawyers, Smith said.

He also challenged the idea that legal representation was not necessary for "the safety of human life," which is the HHS position.

"Even though legal services are not viewed as life saving by the agency or the administration, we of course know that every day of the week there are children that go back and face serious harm or death because they don't have counsel," he said. "We know that the legal representation that we provide is life saving."

In announcing the shift, HHS cited the growing number of children being referred to the Office of Refugee Resettlement.

According to data from the U.S. Border Patrol, more people have been apprehended at the southern border during the first five months of 2019 than in all of 2018, with more than 140,000 people being apprehended in May alone.

Of those, more than 11,000 were unaccompanied children.

However, Smith that the problem is caused not just by increased arrivals but also by the administration's policy choices.

Children are being held in more restrictive environments, and potential relatives who might act as sponsors for the children — allowing them to leave government facilities — were increasingly afraid to come forward.

"That has increased, significantly, the cost," he said.

Smith said that he believes that Congress will act but that if it does not, it would greatly reduce the ability of the children to have legal representation at all.

"This is a significant and serious threat," he said. "We're paying close attention."