Urgent Care: How Attorneys Are Battling The Opioid Crisis 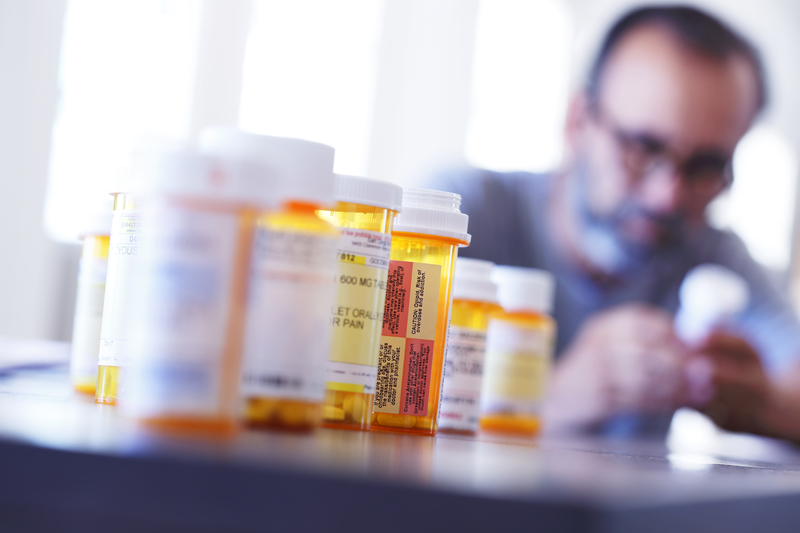 When recovering opioid addict Jacob was called into court in Clinton County, New York, for violating a restraining order, the judge told him he had 90 days to quit using his addiction medication, Suboxone.

Jacob, whose last name Law360 is withholding for privacy reasons, said he was "heartbroken" and afraid of possibly relapsing. But his court-appointed lawyer didn't object, so he figured he had no choice but to get off the medication he had used to treat his opioid addiction for 13 years.

"When [the judge] told me that, I was just devastated. I didn't even know what to do, because I know how hard it is to come off of them," Jacob said. "I had a court-appointed lawyer, and he didn't even care. So I figured I was done. I had to do it."

The change is far too slow, but there is change happening. 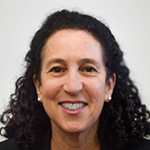 But five attorneys working pro bono helped convince the judge to let Jacob stay on his medication — just one way in which attorneys and legal advocates around the country are stepping up to help people affected by opioid addiction.

One of Jacob's attorneys, Sally Friedman, is among over 30 lawyers and advocates from across the country who have come together to work on an opioid task force convened by the Legal Services Corp., the federally funded nonprofit that distributes funds to over 130 independent nonprofit civil legal aid programs around the country.

The task force released a 53-page report on June 10, with a suite of recommendations about how legal aid providers and the judiciary can fight the opioid crisis by helping people with opioid use disorders tackle legal problems that interfere with recovery and by standing up for them when they do head to court.

"The change is far too slow, but there is change happening. I'm on numerous task forces that are seeking to educate the legal community and courts about this issue," Friedman said. "That's huge. I mean, none of that was happening three years ago even."

The Power of Legal Aid

In Jacob's case, it was essential for the court to understand that forcing someone off Suboxone "dramatically increases the chance of relapse and possibly death," said Friedman, who is vice president of legal advocacy at the Legal Action Center, a nonprofit that fights discrimination against people with addiction, HIV/AIDS or criminal records.

Jacob and others with opioid use disorders face the unique challenge that some of the medications that are prescribed to treat their addiction use opioid-based compounds, drawing the ire of judges and employers.

This month, a task force convened by the Legal Services Corp. released a 53-page report with numerous recommendations for how legal aid providers and the judiciary can fight the opioid crisis. Here are some of those proposals.

Suboxone, for example, contains buprenorphine, a partial opioid agonist that binds to opioid receptors in the brain, preventing cravings and withdrawal syndromes without providing a full opioid effect, according to the National Alliance on Mental Illness.

Jacob, then 34 years old and the sole provider for an infant daughter, said he'd been taking his two Suboxone each morning to "live a normal life" and overcome an addiction to the opioid painkiller Percocet. That addiction started when he was prescribed the drug for roughly two years following an all-terrain vehicle accident in the early 2000s.

It's an all too common story when it comes to the opioid epidemic burning across the country.

There were over 47,000 deaths related to opioid overdoses in 2017— two-thirds of all overdose deaths in the country, according to the Centers for Disease Control and Prevention. Over 2.1 million Americans had an opioid use disorder in 2016, according to the Substance Abuse and Mental Health Services Administration.

Regional legal aid providers have been making efforts to combat this epidemic through existing programs and new initiatives. The LSC's task force was aimed at bringing the lessons learned through successful local efforts onto the national stage so they can be applied around the country.

One of the most prominent of these regional efforts has been the medical-legal partnerships pursued by civil legal aid nonprofit Indiana Legal Services, whose managing attorney, Jay Chaudhary, has become recognized as a national leader on the issue. Through these partnerships, attorneys are embedded with health care providers to help people fix various legal problems affecting their health.

"Civil legal aid in my view works best as a value-add to everything else, whether it's mental health, health care, substance abuse treatment and recovery," he said. "Legal aid is a necessary component, because barriers arise to whatever the end goal is, sobriety or living with recovery."

A civil legal aid attorney can help someone keep their housing, reduce excessive child support obligations, negotiate a debt repayment plan, or get their driver's license back so they can get back to work, Chaudhary said.

Even knowing how to craft a letter can make a difference in confronting the fallout from opioid addiction. Chaudhary recalled putting his writing skills to work to help convince a homeless shelter to take in people using opioid-based addiction medications like Suboxone.

Civil legal aid in my view works best as a value-add to everything else, whether it's mental health, health care, substance abuse treatment and recovery. 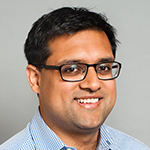 For people who are trying to stay in recovery, homelessness can push them into relapse, but those who are evicted from their homes are unlikely to do the research to know if their eviction is legal, and don't know how to fight it, Chaudhary said.

Most people with a substance abuse disorder, even when facing these issues, wouldn't think to look to an attorney to help them in their recovery, said Brandon George, the director of the Indiana Addiction Issues Coalition.

As an addict in long-term recovery himself, George is painfully aware of that reality for many the coalition tries to assist.

When George stopped using heroin and crystal meth, he had an enormous amount of credit card debt, was behind on child support payments and had a suspended driver's license, he said.

"I thought I was just bad with money and had baby mama issues," he said. "I had no idea that these were legal issues. My brain just did not connect the dots."

When George was first asked in his role as coalition director to work with Chaudhary in an addiction treatment training project at Indiana University, he was skeptical. He said he thought the attorney "stuck out like a sore thumb."

Once the group began handling case studies, however, George said he instantly realized how useful legal aid could be, from helping support people in their housing and financial situations to helping sort out child custody issues.

On the Front Lines

In providing these services, legal aid attorneys have a first-hand look at how the courts' response to the opioid crisis can impact those struggling with addiction.

Friedman said she saw another client go through "tremendous" pain when, like Jacob, she was ordered to stop using medication-assisted treatment and began tapering down the dose.

"They just slog through their days not knowing if they're going to end up in jail in two weeks, or relapse and overdose," she said. "The human toll is devastating."

As they did in Jacob's case, lawyers are turning to the Americans with Disabilities Act to keep people with opioid dependency from being ordered off buprenorphine, according to Melissa Trent, an attorney with Brooklyn Defender Services and another onetime member of Jacob's legal team. The ADA requires the government to make "reasonable accommodations" to ensure people with disabilities have equal opportunities to access public services and benefits.

"You can't be denied participation in a probation program because you have a wheelchair," she said. "People who have opioid addiction are people who have a disability under the Americans with Disabilities Act. … The argument is that the reasonable accommodation would be their medication-assisted treatment."

Groups like the Legal Action Center are also working to spread awareness and best practices in other ways.

This means suing employers that fire employees for using medication to treat their opioid dependence, lobbying for laws like 2008's Mental Health Parity and Addiction Equity Act, which requires insurers to designate funding for treatment services, and creating informational materials so that other attorneys know how to defend their clients' right to stay on opioid-based medication, according to Friedman.

That theme of education runs through several of the recommendations in the recent LSC report. Among other proposals, the task force calls for the development of new medical-legal partnerships, getting specialized training to aid attorneys, increasing education about opioid use disorders in the courts and improving collaboration between state agencies and treatment providers.

Legislation known as the Support for Patients and Communities Act, which targets the opioid crisis and was signed into law in October, made many federal funding streams newly available to support civil legal aid, according to Stefanie Davis, assistant general counsel in the office of legal affairs at the LSC.

However, Davis added, "the funding that we are able to get even as it increases is not nearly enough to meet the need that exists for legal aid."

That funding matters for people like Jacob, who says that without the pro bono legal help he received, he might have ended up relapsing or in jail, instead of raising a family.

"It saved my butt, I know that. It saved my life pretty much. Who knows what would have happened?" he said. "It's a happy ending for sure."