Court watchers, who provide transparency and accountability for the courts by volunteering to observe criminal justice proceedings, often had to fight for access to those proceedings when the pandemic moved them online.


With many courts now ending that access as they reopen to the public, some court watchers are fighting to keep it.

That's because, for some, monitoring court proceedings virtually turned out to be easier than attending them in person.

It's so much easier to advocate when folks can come in from anywhere. 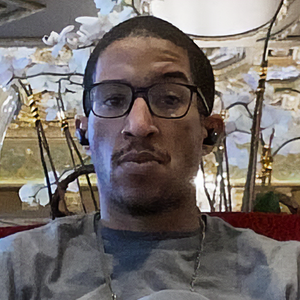 Many court watch volunteers are also older and still too vulnerable to COVID-19 to return to the courthouse, court watch organizations say. Others began volunteering from farther away because of the ability to do so remotely.

And, of course, many courts are still conducting at least some proceedings virtually, court watchers add.

So these transparency advocates are pushing to keep the remote courtroom access they won during the pandemic, some through legislation and others with lawsuits.

Some judiciaries allowed observers to join Zoom proceedings that included full video and audio access, while others offered only audio livestreams that were often plagued with technical problems.

Some courts gave the public no way of observing virtual criminal hearings at all.

Court watchers are seeing that same inconsistency in remote access now that courtrooms are reopening to the public, they say.

Courts in Prince George's County, Maryland, still allow Whitehead and other Courtwatch PG volunteers, as well as other members of the public, to join virtual hearings via Zoom, just as they did during the pandemic, Whitehead said.

That access makes it "a lot easier" to observe criminal proceedings, especially for volunteers outside the county and even the state, added Whitehead, who lives in Virginia.

In fact, online court access allowed many new volunteers from around the country to observe court proceedings in Prince George's County during the pandemic, according to Dr. Carmen Johnson, director of court watch and judicial accountability for Courtwatch PG.

But court watchers in other jurisdictions aren't being given that access.

Neighboring Montgomery County, Maryland, which provided the public only audio streams of court proceedings during the pandemic, recently ended those streams, according to Leslie Hawes, executive director of Court Watch Montgomery, which monitors protective order hearings in domestic violence cases.

Her volunteers currently have no remote access to court proceedings, Hawes said, even though parties involved in those hearings can request they be held remotely.

"If we had similar technology [to Prince George's County], it would make a great deal of difference for us in terms of the quality of our monitoring," Hawes said.

Maryland's Judicial Council has recommended that courts continue offering audio-only livestreaming of certain proceedings, but it's up to each administrative judge whether to follow that recommendation, according to the Maryland Judiciary's Assistant Public Information Officer Terri Charles.

When we're being watched, we're all on our best behavior. 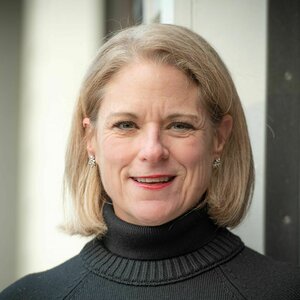 That's despite the fact that some litigants are still appearing in court remotely via WebEx, Brown said.

Courts in Allegheny County, Pennsylvania, also ended the remote access they were providing to the public via Microsoft Teams in June 2021, later shutting down audio access to motions court and preliminary arraignments as well, according to Autumn Redcross, founding director of the Abolitionist Law Center's court watch program. The group no longer has remote access to any criminal proceedings.

Neither do court monitors in New York City, where criminal courts have refused to provide public access to remote proceedings throughout the pandemic, according to Angel Parker, program coordinator of Court Watch NYC, which observes criminal court arraignments.

While those arraignments are now being conducted in person, the hearings that follow continue to be virtual, Parker said.

In contrast, the public can observe the city's civil and housing courts, which are continuing to hold some proceedings virtually, as long as access is requested in advance, according to New York state courts' Director of Public Information Lucian Chalfen.

"For a number of reasons, including logistics, civil cases were much easier to provide access," Chalfen told Law360.

For starters, it creates "the possibility of patchwork policies," according to Maryland state Delegate David Moon, D-Montgomery County, who is pushing for remote access to that state's courts. "You would have virtual access in one county, but not the one next door."

It also means that those who volunteered from other places or moved away during the pandemic can no longer monitor now-distant courtrooms. Neither can observers who are older or particularly vulnerable to COVID-19 and so are unable to return to court in person, court watchers say.

Court Watch Montgomery, for instance, has lost some older volunteers who are still uncomfortable going back into the courtroom, Hawes said.

You would have virtual access in one county, but not the one next door. 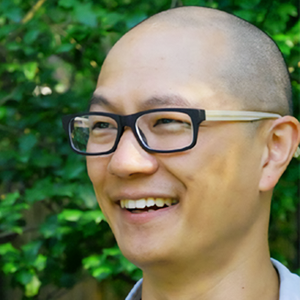 The Abolitionist Law Center's court watch program saw "an extreme drop-off" in volunteers when remote access ended in Allegheny County due to concerns over COVID-19 surges and courtroom safety, according to Redcross.

Virtual courtroom access would allow all those volunteers to monitor court from home.

They could also monitor more often. Hawes' volunteers are usually in the courtroom just two or three mornings each week, she explained. Virtual courtroom access would mean they could monitor court every day.

And it would be more convenient. It can take Brown with Court Watch LA over an hour to drive to some of the county's 37 courthouses, for instance. "But if I'm able to log on from home, it's much more accessible," she said.

"In terms of the scope and reach of our program," Brown added, "it would be great to have that remote access."

Remote courtroom access doesn't only help court watch volunteers, Whitehead pointed out. It also makes it easier for defendants' families, who may live far from court or lack transportation or mobility, to attend their loved ones' hearings, something he's seen firsthand.

"We've seen moms Zoom in from cubicles at work, in the parking lot at Walmart," Whitehead said of the virtual access provided in Prince George's County. "I think it was a really good idea."

Some court watchers are turning to state legislators in an effort to make sure they can keep observing court remotely.

Maryland House Bill 647, introduced in the state Legislature in January, would require all of the state's courts to create avenues for virtual court monitoring, according to Moon, one of the bill's sponsors.

Whitehead and Johnson at Court Watch PG helped craft the legislation in consultation with attorneys at the Georgetown University Law Center, they said.

The legislation mandates that counties with the technology to provide remote public access and that offered it during the pandemic maintain that access. Those counties that don't yet have the capability would have to set it up, Moon explained.

"The modern expectations have changed, so it's hard to put that genie back in the bottle after we've all done this," he said.

The bill would not require the livestreaming of court proceedings, which some people have expressed concern about, Moon pointed out. It would only allow observers to access proceedings via Zoom, and judges could reject inappropriate requests for that access.

The state judiciary opposed the bill, however.

In a February memo to legislators, then-Maryland House Bill 647, wrote that the courts had concerns about the legislation's "large fiscal impact on the judiciary" and feared that the bill "impedes the judiciary's independence."

"The power to administer the judiciary is not an implied or inherent power but is an express constitutional power of the chief judge. This constitutional authority includes managing public access to court proceedings," Judge Getty wrote.

The bill stalled in the Legislature, but Moon says he plans to reintroduce it or something similar during the next session. Court Watch PG is already working on a new draft of the bill, according to Johnson.

Those denials came despite the fact that, at the time the suit was filed, "the vast majority of the participants" in proceedings before Judge Mariani appeared virtually, according to the complaint.

Without the ability to watch proceedings in Judge Mariani's courtroom, defendants ran "the risk of unmarked nonjudicial behavior occurring, and folks being treated not as human, but as numbers, cogs or bodies," Redcross said.

The Administrative Office of Pennsylvania Courts declined to comment on the suit.

But the ALC dropped the case after Judge Mariani agreed to allow online observers into his courtroom, according to Redcross.

Victories like that, that safeguard the public's access to the courts whether those courts are physically open to the public or not, are important for transparency and accountability, court watchers say.

The presence of court watchers in Montgomery County, for instance, is one reason judges in the county now stagger parties' exits in domestic violence protective order cases and make clear when a protective order is issued that a respondent is required to turn over any firearms, according to Hawes.

"Those kinds of best practices are what we're there to watch and to report on, and keep the judiciary accountable to put those in place," Hawes said.

"When we're being watched," she added, "we're all on our best behavior."