This summer, five BigLaw firms teamed up to form a legal task force that in mid-August filed more than 50 asylum applications for female Afghan former soldiers, marking the latest example of industry competitors combining resources for a pro bono initiative.

Paul Hastings LLP and about 43 of its attorneys are spearheading the Afghan Legal Task Force, which also includes ​Gibson Dunn & Crutcher LLP, Pillsbury Winthrop Shaw Pittman LLP, McGuireWoods LLP and Vedder Price PC, after Law360 in May initially covered Paul Hastings' efforts alongside an organization called Sisters of Service to support the women.

We had a bunch of people affirmatively contact us from other firms saying, 'I know this is kind of nontraditional, but if we can help you guys in any way, we would love to help.' 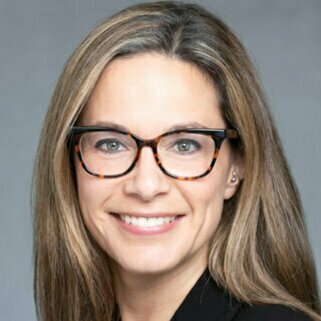 "We had a bunch of people affirmatively contact us from other firms saying, 'I know this is kind of nontraditional, but if we can help you guys in any way, we would love to help,'" Paul Hastings' pro bono counsel, Renata Parras, told Law360.

Another surprising factor for Parras: It wasn't just BigLaw pro bono counsel who made contact. In most instances, it was very high-level partners — some of whom are veterans and one a former U.S. attorney for New York — who were inspired to help out with the firm's initiative.

Rather than simply putting the attorneys in touch with Sisters of Service, Parras decided to have the firms work collectively to support the evacuees, dividing the women's applications among themselves and coordinating weekly group calls since May.

Paul Hastings then took the lead in creating shared filing packets for the asylum applications, which consisted of a legal brief supporting the applications and background evidence, Parras said. These included letters of support from members of Congress, the Pentagon, and a retired four-star general of the U.S. Army, Joseph L. Votel, as well as a white paper from Sisters of Service.

"The worry was, if you relinquish a little bit of control and you just start to say, Look, we just want these women to be represented by pro bono counsel … you run the risk of somebody putting something in an application that hurts the entire population," Parras said, highlighting the necessity of the firms' coordination.

The women represented by the task force include 42 former members of a Female Tactical Platoon who fought alongside U.S. special forces as part of the military's Cultural Support Program, deployed in Afghanistan prior to the U.S. withdrawal last August. After the fall of Kabul to the Taliban, Sisters of Service was created by two former Cultural Support Program members to support these women, who were forced to flee the country.

Sarah Bennett, an associate at McGuireWoods, told Law360 that her firm initially became involved with Sisters of Service and coordinated with Paul Hastings after coming into contact with three former FTP members while supporting a Virginia-based resettlement organization called the Blacksburg Refugee Partnership. Since joining forces with Paul Hastings, McGuireWoods now has 31 attorneys supporting 11 of the Afghan women and 28 of their family members.

While the legal industry has seen coordinated pro bono efforts to address the Afghanistan and Ukraine refugee crises, abortion rights and racial injustice, such partnerships are still relatively new, and the Afghan Legal Task Force's targeted focus on one organization in particular is fairly novel.

The reach of what we can do is so great if we just make the right connections. 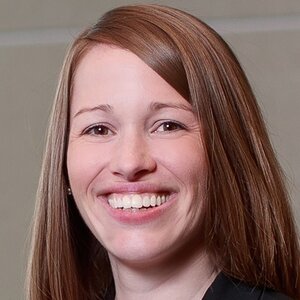 "There are lawyers out there that have these skills, and as long as they're open and willing, the reach of what we can do is so great if we just make the right connections," Bennett said.

After coordinating with U.S. Citizenship and Immigration Services, the task force took the unprecedented move of filing the 50 asylum applications together in coordination, along with more than 100 derivative family member applications — a move that Parras said was welcomed by the agency's head of asylum, given the women's similar and special situations.

Chris Dickerson, a partner at Paul Hastings and a U.S. Navy veteran, worked on a team that represented an Afghan woman who spent three years working side by side with U.S. special forces before she and her family evacuated their home country and fled to the U.S.

"Obviously, each woman has a little bit of a different story to tell, but there are lots of similarities, and so we've tried to make sure that we can leverage on each other to make sure that the process goes as smoothly as possible," Dickerson said.

Looking forward, Dickerson said he hopes to see this collaborative model replicated to address other pressing issues — a sentiment shared by Parras and Bennett.

"It is rare to see the different law firms working together collaboratively as they are here. This really is the first time I've ever seen it done, and I'm hopeful that it's not the last," Dickerson said.

Since the applications were filed on Aug. 19, at least four of the women have had asylum interviews scheduled — something Parras said usually takes two years and has never happened so quickly for her clients in her career. The unusual speed indicates that the federal government is making good on its commitment to expedite Afghan asylum applications, Parras said.

"It will be very helpful that we have this task force to be able to leverage any lessons learned to make sure these women kind of put their best foot forward," Bennett said in anticipation of the USCIS asylum interviews.

Previously, in May, the main issue emphasized by the two active duty U.S. service members leading Sisters of Service, Ellie and Ruthie, was the organization's need for greater pro bono legal support. Ellie was identified by a pseudonym for job security and safety, and Ruthie wished to be identified only by her first name.

"It really came together. I'm still shellshocked that it was a thing, let alone that we were able to do it and that we've been able to submit asylum documents for our women," said Ellie, a Sisters of Service co-founder.

Leading up to the task force's filing of the asylum applications, Sisters of Service and its group of mentors, who are mainly female veterans, worked with the evacuees to gather information about their stories of persecution and sat in on their asylum interviews with their attorneys. Paul Hastings has a team of at least four to five attorneys dedicated to each woman they represent, Parras said, with the other firms having around three to four attorneys per team.

Recognizing the trauma endured by the women and the challenge that goes along with retelling their stories, Ellie said it took a repeated effort to remind them why it was so important to share their stories in such an in-depth manner.

Obviously each woman has a little bit of a different story to tell, but there are lots of similarities, and so we've tried to make sure that we can leverage on each other. 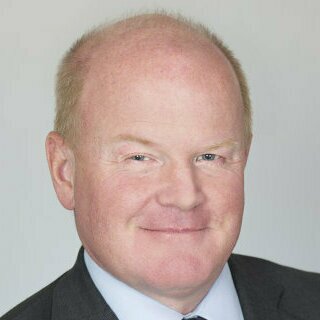 "A lot of them just wanted to be brave and not really fully explain why they were being persecuted or the dangers that they were really facing," Ellie said.

By working on the applications as a coordinated group, the evacuees were able to remind each other of specific details of the evacuation and fine-tune their stories, given their shared background and experiences, Ellie said.

One asylum interview that stood out to Ellie involved an attorney and a former FTP member who discussed the woman's story of persecution over a picnic at the Garden of the Gods, a popular natural landmark in Colorado. For the Afghan woman, this approach by her attorney made what could have been a terrifying and confusing process "beautiful," Ellie said.

"I just think the more asylum lawyers could replicate something and find ways to humanize the process, the better this whole situation could be," Ellie said.

In another effort to be sensitive of the evacuees' situation, McGuireWoods includes at least one female attorney on each team so that the women feel more comfortable communicating their stories, Bennett said.

Following the task force's mass filing of the asylum applications, Parras said her next focus will be helping the women's family members who were left behind in Afghanistan make the move to the U.S. Additionally, two former Female Tactical Platoon members remain stuck in Abu Dhabi, a situation Parras said she is currently working on.

Since the applications were filed, however, Ellie and Ruthie said Sisters of Service has already faced its first new challenge: having interpreters ready to support the evacuees in their asylum interviews. According to the duo, although some of the women have had interviews scheduled, USCIS has informed them that as a result of an agency backlog, they will need to provide their own interpreters — without whom the interviews will have to be rescheduled.

"This first year of being an organization has been highly reactive of just learning the asylum resettlement process alongside these women," Ellie said.

Now, having addressed the initial need to apply for asylum, obtain employment cards and set up bank accounts, Ellie said Sisters of Service plans to focus on assisting the evacuees with professional skills, career building, financial skills and English-language comprehension.

For Ruthie, the continued work of the organization is all about helping the women succeed in the U.S. so they can accomplish their goal of maybe one day returning to Afghanistan and making it a better place, she said.

Aside from skill-building, the Afghan women are eager to learn more about American culture. It was the evacuees' curiosity about Americans' choice to don Crocs and flannels that prompted the organization's plan to set up monthly cross-cultural calls, Ellie said.

In celebration of the organization's anniversary, Sisters of Service's former Female Tactical Platoon members and their mentors are planning to meet in Washington, D.C., in October to participate in art therapy and Afghan dance. Parras said she plans to attend the gathering, which is sponsored by Alltru Credit Union.

Part of the celebration will be held at the Arlington Women's Memorial Museum, which will present a documentary about the U.S. military's Cultural Support Program and reveal a painting of an FTP member who was killed before the evacuation. Many of the evacuees also recorded stories that will be displayed at the museum.

Some of the women plan to run the Army 10-miler that will be taking place that weekend, as well as join Ellie in a big workout event honoring the Afghan woman who died, Ellie said. Ruthie, currently deployed in Europe, will not be able to attend the event.

Acknowledging the continued struggle the women face, Ruthie said, "For the FTPs, it's celebratory that they're all here … but a lot of them, I think, really struggle with the fact that they're here in the United States under these circumstances."