A Court Left Behind In Trump's Push To Fill The Bench 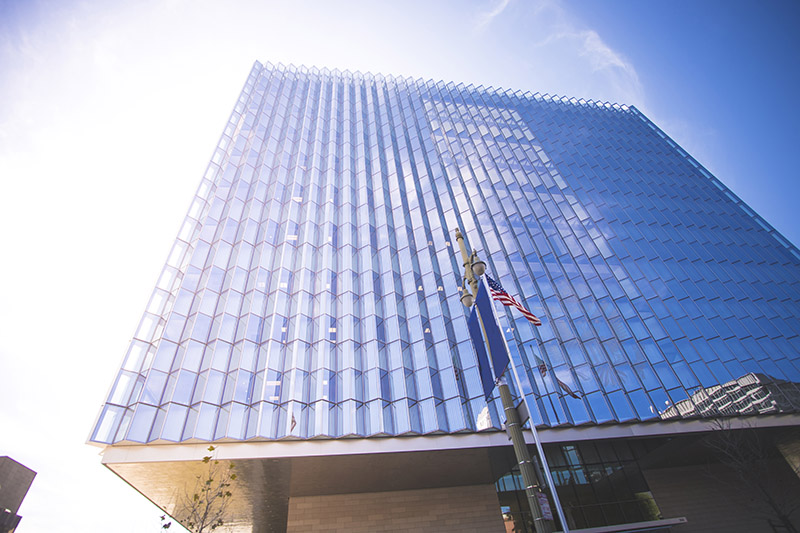 In the Central District of California, judges routinely hear cases long into the night. Legal bills pile up as attorneys wait around the courtrooms for hours. Jury trials are just too hard to schedule these days.


The problem has only gotten worse since President Donald Trump's election. Yet no one seems to care.

"We are running on what I'd call red-line," said Judge David Carter, who sits on the Central District of California bench in Santa Ana and is known for having one of the busiest calendars on the court. "We are in a state where anything can tip this into a judicial emergency at any time."

C.D. Cal, as it's often written, now has six total vacancies out of 28 authorized seats; three of these vacancies opened up after Trump won the presidency. The three others are classified as "judicial emergencies" by the Administrative Office of the U.S. Courts, a designation given to lengthy vacancies and those in dangerously overloaded districts. Absent new appointments, there will be four such emergencies at the end of May. 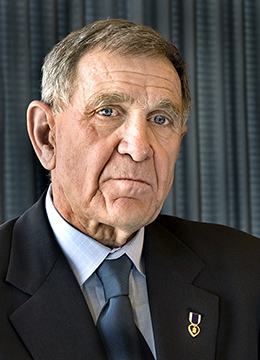 But the court appears to be a low priority in the president's historic judicial push, having received zero nominations as the White House fills a wave of seats on circuit courts and in districts with Republican senators.

Experts point to a number of potential factors driving the lack of nominations, including White House reluctance to negotiate the nomination process with the state's pair of Democratic senators and Democrats' own hesitance to hand the president a slew of lifetime appointments.

Judge Carter said he wonders why the Trump administration hasn't included his district in a nomination campaign that appeared to be more aggressive than the Obama administration's, asking whether California is being "singled out."

"I think a lot of us are starting to wonder why these vacancies aren't being quickly filled in an area as dynamic, as complex and as needed as the Central District," Judge Carter said. "And I've got to stress that it's sorely needed."

Anatomy of a Shortage

Created in 1966 when California grew from two to four federal court districts, C.D. Cal encompasses a broad swath of the state between San Bernardino and San Luis Obispo counties, with Los Angeles in the center.


According to statistics compiled by the federal judiciary, the district received over 16,000 new filings the year ending December 2017, which translates to 570 "weighted" filings per judge, a figure that accounts for the type of case. By comparison, the national average of weighted filings was 489 for that same period.

While the number of filings in the Central District is far from the nation's highest, the workload is intensified by the high volume of complex intellectual property and securities cases brought in the court, home to the country's second largest economy and a large number of tech companies.

The Judicial Conference, a group led by Chief Justice John Roberts that issues administrative guidance for the federal courts, has recommended that Congress add seven new permanent judgeships to enable the court to keep apace with its caseload. Judgeships haven't been added there since the last major court expansion was enacted under President George H.W. Bush in 1990.


Lack of expansion aside, the district has not seen a new judge since André Birotte joined the bench in August 2014 — just before Republicans gained control of the Senate and refused to act on a score of President Barack Obama's nominees. Among the nominees was a would-be addition to the Central District bench, Los Angeles County Superior Court Judge Mark Young.

The situation has only worsened since Trump won the 2016 election.

Judge Christina Snyder created a fourth vacancy at the overloaded court by taking senior status on Nov. 23, 2016. Then, in January 2017, former Chief Judge George H. King retired after more than 21 years for a second act as a JAMS mediator, creating a fifth vacancy.

The sixth vacancy opened up in October with the tragic and unexpected death of Judge Beverly Reid O'Connell, an Obama appointee who died a few weeks after collapsing on stage at an event. She was 52.

"The Central District is simply just overworked because of the size and its caseload and Congress just hasn't caught up," said Derek Muller, an associate professor at Pepperdine University School of Law in California.

Selecting new judges for the federal bench is a painstaking process that involves input from a variety of players. California is no exception.


The state's two Democratic senators, Dianne Feinstein and Kamala Harris, have each set up bipartisan groups of local attorneys known as judicial advisory committees in the four court districts to review and recommend nominees. The pair, who both sit on the Senate Judiciary Committee, alternate taking the lead on vacancies.

In May, the statewide chair of Feinstein's advisory committees, San Diego lawyer David Casey, put out a call for applications for two seats in the Central District. The notice indicated that the committee would provide candidates to Feinstein "as soon as possible."

Yet over nine months later, the court has yet to receive a nomination.

While it's unclear what has caused the delay — representatives of the committee, the White House and Feinstein's office either did not respond to or declined requests for comment — experts familiar with the nominations process suspect the White House has prioritized seats elsewhere to avoid protracted negotiations with home-state Democrats, who can hold up nominees under the Senate's "blue slip" tradition.

"My guess is that the [White House] counsel's office wants to handle the lowest-hanging fruit first, meaning states with at least one Republican senator," said Ilya Shapiro of the Cato Institute.

Notably, the White House's pick for the Ninth Circuit, Ryan Bounds, has been stalled in the Senate Judiciary Committee since September amid the refusal of Oregon's two Democratic senators to return their blue slips to the panel. Under a Senate tradition, home-state lawmakers submit the forms to signal support of a nominee and withhold them to signal opposition.

Judiciary Chairman Chuck Grassley has advanced circuit court nominees who lacked support from one home-state senator, but he may be honoring the blue slip tradition when both senators object.

In the case of Bounds, Sens. Ron Wyden and Jeff Merkley said the politically conservative assistant U.S. attorney wasn't vetted by their judicial advisory committee. He since has been, but the lawmakers are again withholding their blue slips in light of Bounds' recently unearthed college writings expressing disdain for multiculturalism. White House Counsel Don McGahn vented frustration about the process in December.

"I've never heard of the judicial commission clause in the Constitution," he told an audience of conservative lawyers at the Federalist Society's 2017 National Lawyers Convention. "My Constitution says that the president appoints judges with the advice and consent of the Senate, not a commission composed of plaintiffs lawyers who have business before the very people that they will appear in front of."

Democrats also appear to be reluctant to hand the president a slew of lifetime appointments at a time when federal courts have on occasion proved to be a powerful redoubt from the Trump administration's conservative agenda.

That's why the attention paid to judicial vacancies in Central California has been "fairly muted," said Muller, the Pepperdine law professor.

"There's been a real reluctance to engage on that front," he said.

Whatever the cause, litigants in the district stress the need for Congress and the White House to act.


If new judges were seated, "we would see the backlog diminish and the parties would have their legal disputes resolved earlier," said O'Melveny & Myers LLP's Seth Aronson, who practices across the district. "It would overall cut down on the cost of the administration of justice. Delays in the system don't help anyone."

For a judge like Carter, who gives ample time for oral arguments where some others may dispatch with various motions "on the papers," the caseload can mean sitting on the bench from 7:30 a.m. until 9 or 10 p.m. during litigation.

"I'm not about to go home in the middle of the argument or when there's an expert on the stand billing $5,000 an hour," he said. "Knowing tentatively what my thoughts are gives [lawyers] a chance to tell me why I'm wrong. … It lets me know that I really heard the parties out."

Kate Corrigan, a criminal defense attorney with Corrigan Welbourn Stokke APLC, saw up close how the caseload affects court staff after her son, a student at the University of San Francisco School of Law, interned for Judge Carter.

"These young lawyers are super-bright," she said, "but within a couple weeks of being in those positions they look completely exhausted."