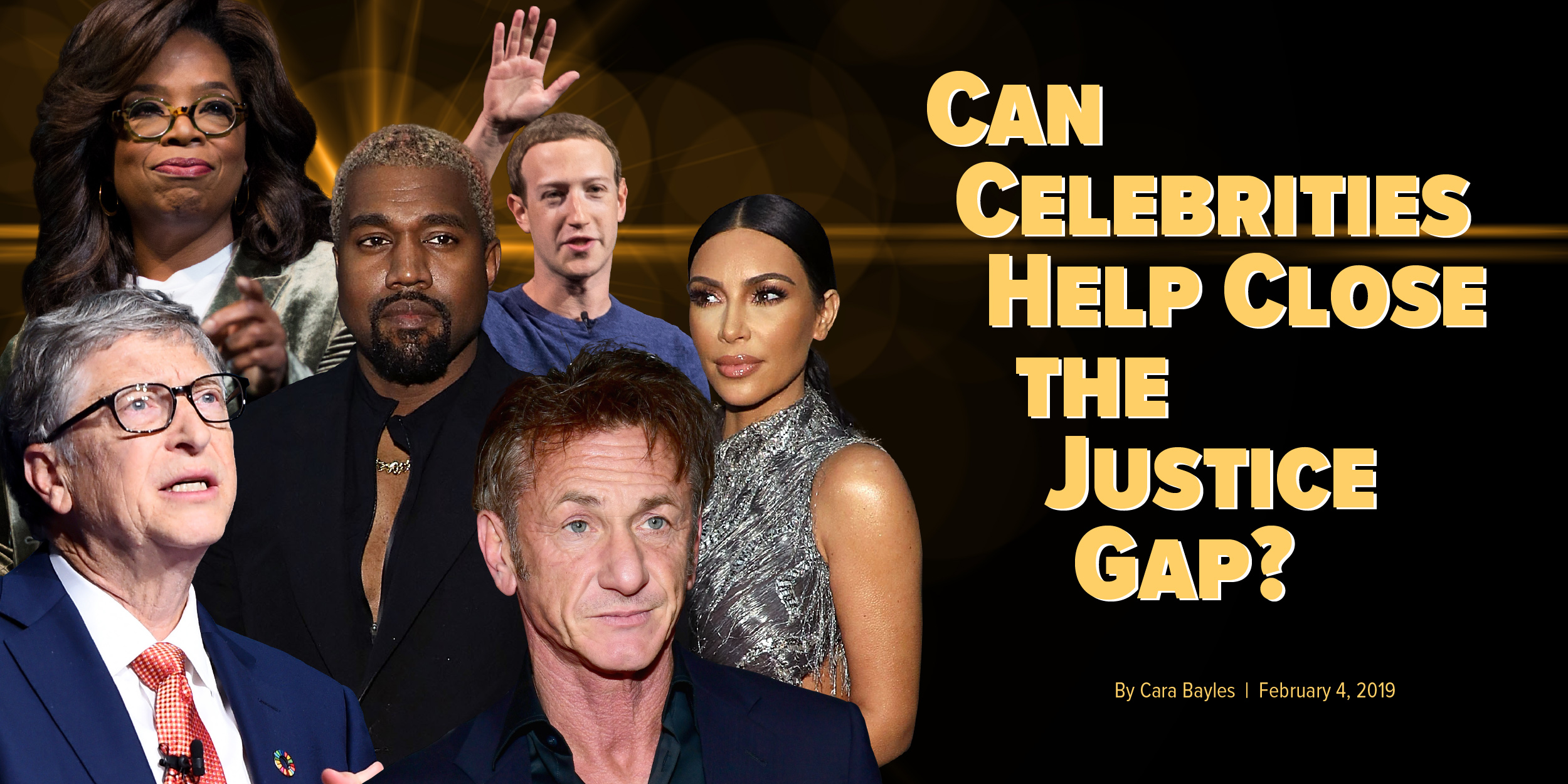 In 2015, Hollywood actor Sean Penn spent seven hours with the Mexican drug lord known as El Chapo for what would become a 10,000-word Rolling Stone article. But it was Penn, and not the drug enforcement policies he so cared about, that would become the main story.

Penn's article on Joaquín Guzmán Loera, interspersed with amateur philosophizing and cuss words, questioned the U.S.' "puritanical and prosecutorial" war on drugs, and asked, "Are we, the American public, not indeed complicit in what we demonize?"

But the article drew questions about Penn's bona fides and the journalistic ethics of a preapproval agreement that allowed El Chapo to request changes before publication. The story was credited with helping authorities capture the drug lord, who had recently escaped from prison. Even Penn's admission he "expel[led] a minor traveler's flatulence" in the presence of the kingpin got more play than drug policy reform.

Penn still hasn't lived down the story's infamy. In 2017, he tried to keep Netflix from releasing a documentary on the meeting, saying implications he was working with the U.S. Department of Justice to capture the gangster would put his life in danger. Now, three years later, video of his El Chapo interview is being shown to jurors as the kingpin faces drug and murder charges in New York federal court.

"I have a regret that the entire discussion of this article ignores its purpose, which was to try to contribute to this discussion about the policy on the war on drugs," Penn said in a 2016 TV interview.

The incident raised questions about whether celebrities have the expertise and enough skin in the game to take on issues that don't affect them personally, whether they are driven by their convictions or their personal brands, and whether their advocacy can do more harm than good.

Mathieu Deflem, a professor of sociology at the University of South Carolina, whose specialties include the law and popular culture, told Law360 that celebrities are, "by definition, divorced from many of these worries. The issues are not theirs."

"I wonder if and to what extent people can get sick and tired of an issue they might otherwise be supportive of precisely because rich celebrities are involved," he said.

Not all celebrities are divorced from the issues they care about, and sometimes a star's own struggles with the law can usher in reform.

Rapper Meek Mill made national headlines in 2017 when he successfully fought a two- to four-year sentence for probation violations that could have put him in prison for longer than his original 2008 sentence for gun and drug possession. Last month, Pennsylvania state Sen. Sharif Street introduced a bill to cap probation at five years for felonies and three years for misdemeanors, citing the rapper's case as inspiration.

But a public airing of dirty laundry doesn't always end well for entertainers who try to elevate justice gap issues to a worldwide platform. They can end up drawing more attention to themselves than to the causes they fight for, especially if their activism consists of potentially confusing social media posts.

When Kayne West touted his support for President Donald Trump in September, he said in a tweet that the president's platform included providing "jobs for all who are free from prisons as we abolish the 13th Amendment."

this represents good and America becoming whole again. We will no longer outsource to other countries. We build factories here in America and create jobs. We will provide jobs for all who are free from prisons as we abolish the 13th amendment. Message sent with love pic.twitter.com/a15WqI8zgu

West's mention of nixing the amendment that ended slavery drew ire on the internet, especially since the rapper had insisted a few months before that slavery was a choice.

West soon clarified that he meant to say the amendment should be modified, not abolished, calling it "slavery in disguise." That may have been a reference to the exception clause, which allowed involuntary servitude "as a punishment for crime whereof the party shall have been duly convicted." West's defenders said he was merely criticizing prison labor, and that the critique fit with his song lyrics' critiques of private prisons and racial discrimination.

West is one glaring example of how the proliferation of social media contributes to noise on the internet, and dilutes advocacy, according to Deflem.

"There are too many celebrities with too many platforms today. That affects the relative effectiveness of each celebrity cause," he said. "It can be avoided very easily, namely by celebrities working behind the scenes and supporting groups that already exist ... without letting the entire world know they are doing this."

But sometimes, that public platform can be a successful tool.

In May, West's wife, Kim Kardashian West, used her fame to bring the case of a great-grandmother who'd been in prison for 21 years to the attention of a fellow reality television star: Trump.

Alice Johnson had been charged in 1996 for her involvement in a drug ring. Though it was her first offense, she got a life sentence. And in spite of support letters from the NAACP, several Southern congressmen and the former warden of the facility where she was incarcerated, President Barack Obama had denied Johnson's clemency petition in 2016.

Kardashian West, who learned of Johnson's case on Twitter, urged Trump to commute her sentence. He did so a month later, inspiring debate about whether Kardashian West was qualified to make such a request and whether she should have used her considerable influence to advocate for more.

Johnson's attorney, Brittany Barnett, told Law360 that Kardashian West should be lauded for drawing national attention to the fact that a person can serve out a life sentence for drug offenses, but that it was the strength of Johnson's application that won her clemency.

"The case is what the case is. The difference Kim made was that she used her platform to elevate it to national attention," she said. "Kim was a vehicle. She was a vessel. But I think Alice Johnson swayed President Trump."

Some stars have used their money to directly help plaintiffs who lack those resources, according to Sharyn Tejani, director of the Time's Up Legal Defense Fund.

The fund got its start in late 2017, when actresses who claimed Hollywood producer Harvey Weinstein had gotten away with harassment and assault for years brought national attention to the women's rights movement known as #MeToo, a phrase coined by civil rights activist Tarana Burke 11 years before.

Kim [Kardashian West] was a vehicle. She was a vessel. But I think Alice Johnson swayed President Trump.

When a collective of female farmworkers announced their support for the actresses in a letter detailing the ways abuse was rampant in their industry as well, about 300 women in Hollywood — including executive and TV personality Oprah Winfrey, actresses Meryl Streep and Reese Witherspoon and producer Shonda Rhimes — raised $13 million to set up a legal defense fund for low-income workers.

The fund has swelled to $24 million since it was created in January 2018, and has bankrolled more than 90 sexual harassment and retaliation lawsuits for women who otherwise might not be able to afford attorneys. That includes litigation fast-food workers in nine major cities — including Los Angeles, Chicago and New Orleans — filed against McDonald's Corp. over its failure to address sexual harassment in its restaurants.

"This is an area we've been working on for years and years, and there's just never been interest or resources to start a legal defense fund," said Tejani, who runs the fund, an offshoot of the National Women's Law Center.

Tejani said celebrity outcry has only helped encourage other women to file complaints with the U.S. Equal Employment Opportunity Commission and force employers to reckon with the widespread problem. The stars' donations have bankrolled her work, which is "what any civil rights attorney would want to be doing," she says, and their personal stories have emboldened others to come forward.

"The farmworker letter is part of what inspired this, Tarana Burke's work inspired this, and so did the #MeToo hashtag," she said. "This is not solely the high-powered women, although the fact they decided to focus on low-wage workers is really important."

Another species of celebrity — high-profile business leaders with name recognition, like Facebook Inc. CEO Mark Zuckerberg and Microsoft Corp. founder Bill Gates — can also bring cachet to social justice litigation. And because their companies are worth billions, they can use their financial pull to make some compelling economic arguments.

In 2017, when the Trump administration announced that it would end the Deferred Action for Childhood Arrivals program, tech moguls fired back in defense of DACA, an Obama administration initiative that provides deportation relief and work permits to an estimated 800,000 unauthorized immigrants who came to the U.S. as children.

To have the business community stick up for this group is a really important part of the case.

Advocacy campaigns were funded by Zuckerberg, Gates and Laurene Powell Jobs, the widow of Apple Inc. founder Steve Jobs. Microsoft President Brad Smith criticized the Trump administration the day the new policy was announced, calling the move "a big step back" for the country, and encouraging Congress to prioritize protections for DACA recipients over passing business-friendly tax reforms.

Microsoft and 101 other companies, including Tesla, Levi Strauss & Co. and Ikea, entered the courtroom in March, when they filed a joint Ninth Circuit amicus brief supporting the University of California in its lawsuit against the Trump administration over the decision to end DACA.

Alexander Berengaut of Covington & Burling LLP, who represents the the university in its litigation, told Law360 the brief praising DACA recipients' contributions to the economy was a powerful advocacy tool.

"To have the business community stick up for this group is a really important part of the case," he said. "For those business leaders with a bigger public persona and platform to amplify that message is, I think, really terrific."

The long-term remedy would be new federal protections that could render the lawsuit moot, he said, adding that the influence of celebrity tech moguls could help with that.

"Even though this litigation is important, what really needs to happen to protect DACA recipients in a permanent way is for Congress to take action," Berengaut said. "Public opinion is obviously critically important for that."

There is a difference between the court of law and the court of public opinion, but that they're never entirely separate, either, she said.

No one exists in a vacuum or can completely tune out a national conversation, she said, and jurors, who lack legal training, are particularly susceptible to this.

But at the end of the day, it's the case that has to be strong, Barnett said.

"The story is what the story is," she said. "It just needs to be amplified."