In 2006, Eugene Zuniga was arrested in Colorado for stealing a bike and was declared unable to stand trial because of severe mental illness. But instead of being sent for treatment, he spent five months in a local jail without appropriate services, causing his mental state to deteriorate even further.

But even though Zuniga's case attracted media attention and sparked a lawsuit that brought short-lived reforms, activists said that in the years since, not much has changed in Colorado for people with mental illness who have been charged with a crime. That might be changing, however, thanks in part to pro bono efforts by attorneys from Fox Rothschild, Snell & Wilmer and several local Colorado firms.

In the latest development in a decadelong legal saga, the state of Colorado has agreed to a consent decree that would require it to provide evaluation and treatment to mentally ill criminal defendants within strict time frames or face up to $10 million in fines per year. 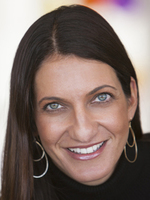 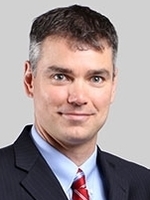 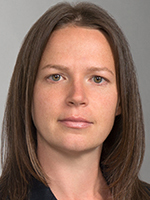 It's something that Iris Eytan of Eytan Nielsen LLC, Caleb Durling of Fox Rothschild LLP and Ellie Lockwood of Snell & Wilmer LLP — who all helped craft and secure the consent decree — hope will make a big difference.

"We now have what we wanted since the beginning, which is this robust consent decree where the state is being monitored by an independent person or organization," Lockwood said. "What became clear over the past 10 years was that the state really didn't know what it was doing."

Eytan, Durling and Lockwood started collaborating on the case while all working at the firm Reilly Pozner LLP in Denver, but kept at it even after they moved on to other firms. Eytan in particular has been trying to reform the state system since filing a suit in state court on behalf of Zuniga in 2008.

At the time, she was hearing horror stories from public defenders about clients who couldn't make bail spending months in jail while waiting for beds to open at treatment facilities. While defendants are considered incompetent to stand trial, they are unable to even plea bargain out until they have been restored to competence, Eytan explained, something that requires treatment.

"The people that were waiting in Colorado were waiting six months, seven months, eight months," she said. "It was like 'One Flew Over the Cuckoo's Nest,' but in the jail, which is the most disturbing place to keep people who are mentally ill. They're just not equipped to help these people."

Eytan did secure a settlement agreement in the Zuniga case, but it was only set to last until a new mental health facility that would increase treatment capacity was finished being built, and the problem quickly came back. So Eytan took the battle to federal court, where the pattern of short-lived improvement only continued.

"As soon as they got things back in order, things went awry again," Eytan said.

The suit, in which Eytan and her co-counsel represented Disability Law Colorado against the director of the Colorado Department of Human Services, was filed in 2011 and reached a settlement agreement the following year. But the case was reopened in 2016 and 2018 after the state couldn't keep to the agreed-upon time frame.

The team has treated the case like a "relay race," Durling explained — even when one of them got busy or overwhelmed, there was always someone on the team ready and willing to take the baton for a while. It enabled them to keep at it for the years it took to get the current agreement.

And he and Lockwood both said it was Eytan who would keep them motivated throughout it all.

"Iris is the moral compass of the case," Durling said.

"I'd call Caleb and Ellie and say 'round two,' or 'round three,'" Eytan joked. The three of them, she added, were all committed to seeing the whole thing through to a resolution.

"This case stands for the exact reason I went to law school," she said. "As long as I was getting phone calls from parents and public defenders about their kids and their clients being harmed in the jails and jails being treated like mental health hospitals, I was not going to stand by. No way."

Under the prior agreement, the state was supposed to evaluate defendants within seven days to determine competence and begin providing treatment within 28 days. However, the state wasn't able to meet either benchmark consistently, according to the final consent decree, and hasn't been in compliance with the 28 days requirement in almost two years, since June 2017.

This time, though, Eytan and her co-counsel think that it's going to stick for a simple reason — if the state fails again, there will be consequences.

Under the new agreement, the department will have to pay daily fines ranging from $100 to $500 for every defendant who is overdue for either an evaluation or treatment services. The money will be paid into a special fund that will finance nonstate services for Coloradans with mental illness.

The fines are capped at a maximum of $10 million per year, and Eytan said that based on the backlog, the team expects the state to pay that this year and next year, but that things should get better over time.

The consent decree, which will remain in effect until 2025, also requires jails to provide services while defendants wait to be transferred, rather than just letting people deteriorate in custody and tries to encourage the state to adopt a community restoration approach, letting people get services in their community rather than holding them in jail or in a hospital that might be hundreds of miles from home, according to the attorneys.

And most importantly, the team added, there would be real oversight from independent monitors.

Durling said that of the many states that have reached agreements to try to clean up their system for mentally ill defendants, this one might be the one with the most teeth, something he hopes will make this the last round in the long-running fight.

"The fact that we can keep winning every time we go to court is not the point," he said. "The point is: How do you set up a structure where they can get in compliance and stay in compliance?"

If the attorneys do have to pick the case up again, though, they will, he added.

Representatives for the state of Colorado did not respond to a request for comment.