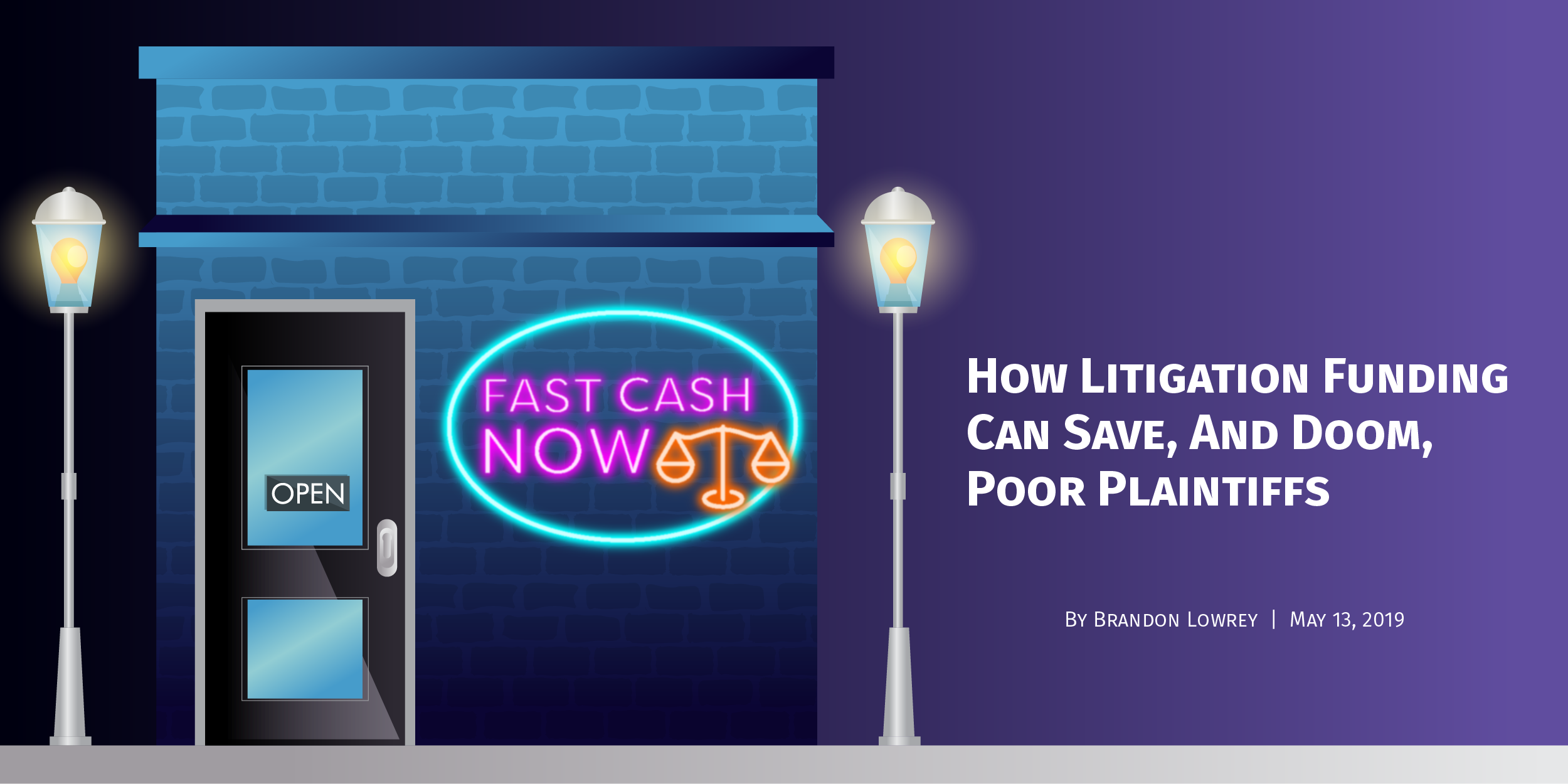 How Litigation Funding Can Save, And Doom, Poor Plaintiffs

It was late in the high desert city of Alamogordo, New Mexico, and Dawn Farkas was out of gas.

She had run her tank almost dry rushing to a hospital emergency room for what turned out to be a panic attack. Farkas, almost 60 years old and suffering from injuries caused by a faulty medical device, climbed into her car in the hospital parking lot, pulled some coats over herself and tried to sleep.

"Someone saw me," she said in a recent interview, her voice giving way to sobs. "They gave me some gas money and some vouchers for food in the cafeteria, and advised me not to stay very long because I might get picked up for vagrancy."

Though Farkas was destitute in January 2018, she was in fact owed a substantial sum of money. She had inked a settlement deal over that faulty medical device, but the settlement would take over a year to actually pay out.

It's almost the Wild West of consumer credit products. 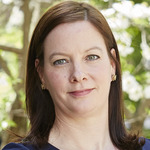 All that promised money didn't do her much good there, in that dusty parking lot.

For plaintiffs like Farkas, who have won a judgment or are fighting for one, there is an entire constellation of businesses to turn to for money. They go by many names: consumer litigation finance companies, litigation funders, lawsuit lenders, settlement advance firms. But in the broadest strokes, what they all do is the same. They advance plaintiffs cash at interest rates that often reach over 40% in exchange for a chunk of their judgments.

These funders offer a salve to people who have been physically or financially ruined and left unable to pay rent or medical bills as they slog through litigation. Some trial attorneys and advocates of litigation lending say the advances also have the welcome effect of improving plaintiffs' access to justice by countering delay-and-lowball tactics often employed by insurers and other deep-pocketed defendants.

But few are watching this growing industry, leaving the most vulnerable plaintiffs at the mercy of largely unregulated cash-advance businesses.

"It's almost the Wild West of consumer credit products, like payday loans in the 1990s," said Vanderbilt Law School Professor Paige Marta Skirba, who has studied both litigation advances and payday lending.

Litigation finance firms say their high interest rates are justified by the risks they take on plaintiffs in the unpredictable civil justice system. Unlike payday loans, which can grow indefinitely, the most that these companies could hope to collect is the entirety of the plaintiff's share of a judgment. If a plaintiff loses or settles a case for less than they borrowed, the companies absorb the loss.

And the risk is real.

A recent study by Cardozo Law School and University of Texas Law examined 200,000 cases handled by one nationwide litigation finance firm over the course of a decade.

Researchers found that in cases that were funded and completed, the firm provided an average of $6,903 in funding; the median was $2,250. The average amount due at the end of the litigation was $16,964 and the median was $4,849.

However, the funder lost the entirety of 10% of the sum of its advances and recouped some, but not all, of its costs in another 2%of its advances.

In comparison, charge-off rates for commercial bank credit cards — the amount of debt that banks write off as lost — sat at about 3.6% last year, according to Federal Reserve data.

When you start compounding on a year-by-year basis, you're talking about figures that would truly make a loan shark blush. 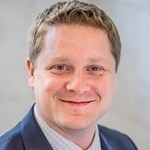 All the while, the interest on cash advances keeps growing.

More and more, though, litigation finance firms are coming under scrutiny for sky-high interest rates. Some advocates say the soaring rates can further harm already injured plaintiffs who win a protracted court battle only to fall prey to the slow-turning wheels of civil justice.

Civil litigation can drag on for years, even for cases that end up settling. And in multidistrict litigation and class actions, especially, it can be months or even more than a year between the agreement and the payout.

Skirba said offers of quick cash can be attractive to people who are in a financial crunch because it would provide relief from immediate and concrete threats, like eviction or unmet medical needs, while future consequences — even serious ones — seem abstract.

"In my mind, the structure is perfectly taking advantage of a lot of the behavioral biases people are subject to in consumer credit contracts," she said.

"When you start compounding on a year-by-year basis, you're talking about figures that would truly make a loan shark blush," he said.

The government has been slow to get involved. But cases involving post-settlement funder RD Legal Capital LLC brought regulators off of the sidelines.

Santiago and his attorney, Michael Barasch of Barasch & McGarry, said RD Legal led him to believe the advance came with a 19% annual interest rate when, in fact, the 19% rate compounded monthly. They disputed the amount of interest and alerted the state attorney general and the Consumer Financial Protection Bureau.

RD Legal sued Barasch and Santiago, and the state attorney general and the CFPB sued RD Legal alleging the firm scammed 9/11 victims and injured National Football League players in separate multidistrict litigation. After the case made headlines, the American Legal Finance Association distanced itself from RD Legal in an amicus brief siding with the CFPB against the embattled firm.

The CFPB case has been tied up since the Manhattan federal judge handling it ruled that the regulatory agency is unconstitutional. RD Legal declined to comment on the record for this story.

ALFA said its membership — which does not include RD Legal — agrees to fair business practices and takes steps to ensure consumers understand the deals that they're getting into.

"Importantly, opposition to pre-settlement advances is not being driven by consumers, but rather by corporations and tort reform groups that seek to reduce consumers' leverage in the justice system," ALFA's executive director, Kelly Gilroy, told Law360 in a written statement.

Few states have enacted laws that regulate consumer litigation finance firms. ALFA offers states model legislation that would force settlement advance firms to become licensed and ensure consumers understand what they would have to pay, but only Oklahoma, Indiana, Vermont and Tennessee have enacted laws to that effect.

A handful of states have taken steps that make them inhospitable to litigation funders. Firms withdrew from Maryland after the state required them to obtain licenses as lenders — which the companies claim they are not. In Colorado, a state Supreme Court ruling determined litigation advances are loans and thus subject to usury rate caps that are considerably lower than what the firms charge.

But courts in other areas have seen the issue differently.

New York legislators, meanwhile, have been kicking around bills over the past few years that would regulate the industry, but have yet to pass one. Tort reformers want to see hard rate caps on litigation advances like those that usury laws apply to standard loans — usually around 16%. But industry experts and academics say that rate's low enough to make litigation advances less widely available, if not unviable.

Dawn Farkas could well have ended up in Santiago's shoes if she hadn't reached out to her attorney, Adam Rosen of Ashcraft & Gerel LLP, saying she needed money.

Rosen said he refuses to refer clients to litigation lenders. The rates can be high, and he holds the impression that many of those companies are questionable at best. And then there's the uncomfortable idea of watching chunks of a client's hard-fought settlement wind up in the pockets of a cash-advance firm.

After Farkas reached out, another attorney at Rosen's firm told him about the Bairs Foundation, a nonprofit lawsuit lender that offers low interest rates. He did some research and urged her to apply there.

The foundation can't help everyone; it's relatively new, small and highly selective, but it says it has helped over 225 plaintiffs with a 99.9% repayment rate. The Bairs Foundation selectively lends to needy plaintiffs at a 7% annual simple interest rate.

"Attorneys get kind of stuck in this case, where they don't want to be a proponent for [lawsuit lending], but also know it's a necessary evil," said Rachel Mathews, the foundation's executive director. "That's why the foundation has been so well-received. We're offering an alternative for attorneys to send their clients to."

Settlement manager John Bair created the fund after noticing in the line of his work that mass tort plaintiffs who were expecting settlements were assigning large chunks of their payouts to litigation lenders.

Until there's a concerted effort to reform litigation advances state-by-state, or federal lawmakers offer model legislation that is widely adopted, it's unlikely that litigation lenders will adjust their practices, Bair said. They're making too much money to stop.

For the lenders, it's more cost-effective to just pack up and leave the states that regulate them heavily, he said. Litigation funders would still have more business than they could handle in the states where the industry remains unfettered, he said.

"If three or four states blacked out, they're just going to go get 5% to 10% of the market share in the states that haven't done anything to regulate this abuse," he said.

The Bairs Foundation came through for Farkas. She was able to get an apartment for herself and her small dog, and she began to feel more herself again.

Farkas' voice quivered with emotion as she reflected on that ordeal, and she praised the Bairs Foundation and her attorney as angels.

"I didn't want to have to sleep in my car again," she said. "It's very — I never had to do that before. It was very humiliating."

"Thank the good Lord they saved me," she said.